The firm was an early adopter of Continental Digital Solution’s proprietary tyre pressure monitoring system, ContiPressureCheck, which garnered praise in a Continental testimonial back in 2016.

The system has been deployed across its 23-strong fleet of service buses and is a mainstay of the company’s tyre maintenance schedule.

“The system has undoubtedly saved us a significant amount of money over the years”, explains company director, George Whitelaw.

“Before we installed the system from Continental Digital Solutions, we were reliant on simply looking at the tyres daily and giving them a thorough inspection every couple of weeks. That’s not the case now. The in-cab display warns us of any issues as they occur, so we’re able to stop the vehicle and remedy the situation before it becomes serious.”

Mr Whitelaw suggests that, since installing ContiPressureCheck in 2015, the bus operator has only suffered around 10 roadside incidents, such is the effectiveness of the system. Prior to its use, the business averaged one terminal puncture a week across the fleet at a cost of around £400 per tyre.

Now, with early detection allowing for repairs to be made, Mr Whitelaw believes it saves a minimum of £20,000 per year on replacement rubber.

“Tyre waste was huge,” he adds, “and they’re very expensive if you’re having to replace them earlier than you would otherwise need to.” 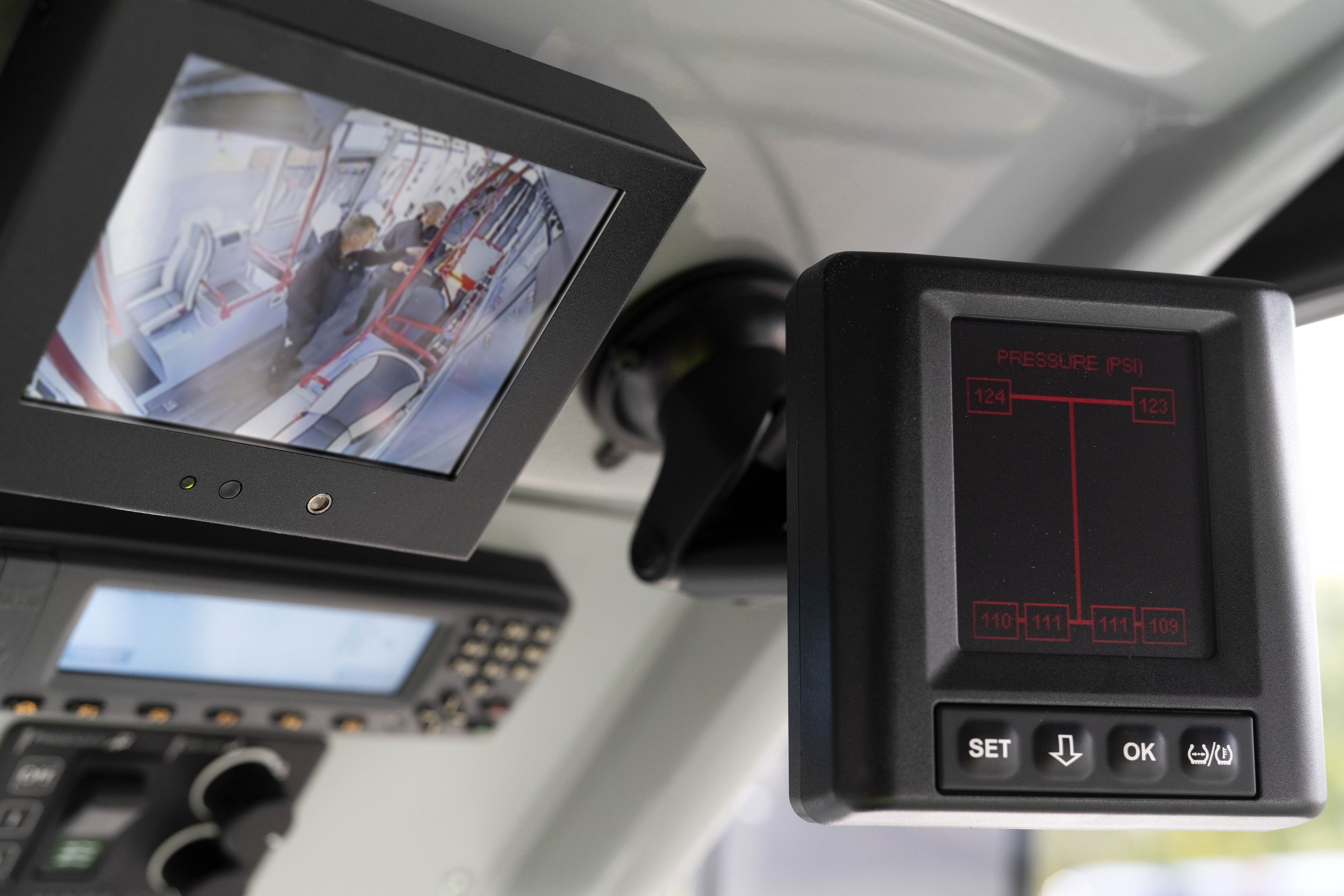 For Whitelaws, the new relationship with Continental Digital Solutions coincided with a switch to running Continental tyres across its fleet. The contract, operated by R&J Strang, has helped to provide further efficiency gains for the business.

“Not only do the tyres return a greater mileage than those from our last supplier, but R&J Strang is also able to provide a one-stop service whereby the ContiPressureCheck sensors are pre-fitted to our new tyres.

“It’s a much simpler and easier process for us as I can fit six new tyres to a vehicle in as little as half an hour. All I have to do is recalibrate the sensors, road test the vehicle and retorque the nuts and it’s ready for service.”

“Ultimately, ContiPressureCheck works very well and can save you a lot of money,” Mr Whitelaw concludes. “It’s the best system I’ve seen in the market.”