Blackwater Motors Group is to donate a 231 Volkswagen Crafter van and is supporting the launch of Cork Penny Dinners Food Drive Appeal.

The new Crafter will help the charity carry out their much-needed duties in delivering food parcels to those that need their help in Cork city and county. 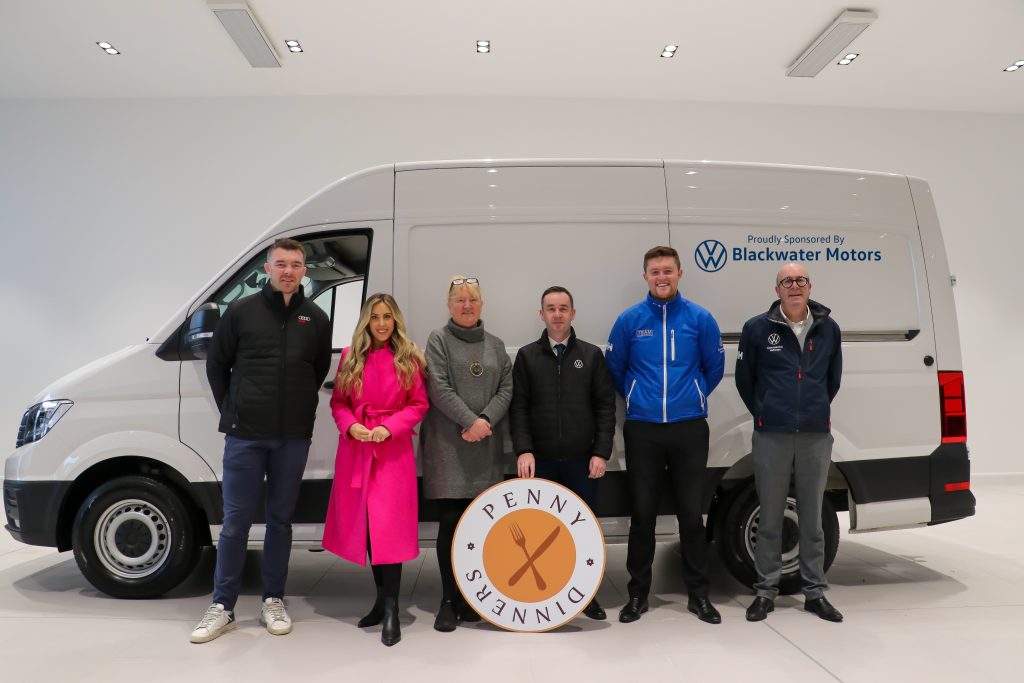 As well as the donation of the Crafter, the Blackwater Motors Group is coming together for the 2nd year, to run a food drive appeal in all of their dealerships across Cork city and county.

The drive will run from Friday, December 2nd – Tuesday, December 20th, with staff members, customers and the general public being asked to drop non-perishable items at any of the dealerships which will then be redistributed to Cork Penny Dinners during Christmas week.