The 20 Volvo FH Electric are expected to drive more than one million road kilometres annually, fuelled with electricity instead of diesel. 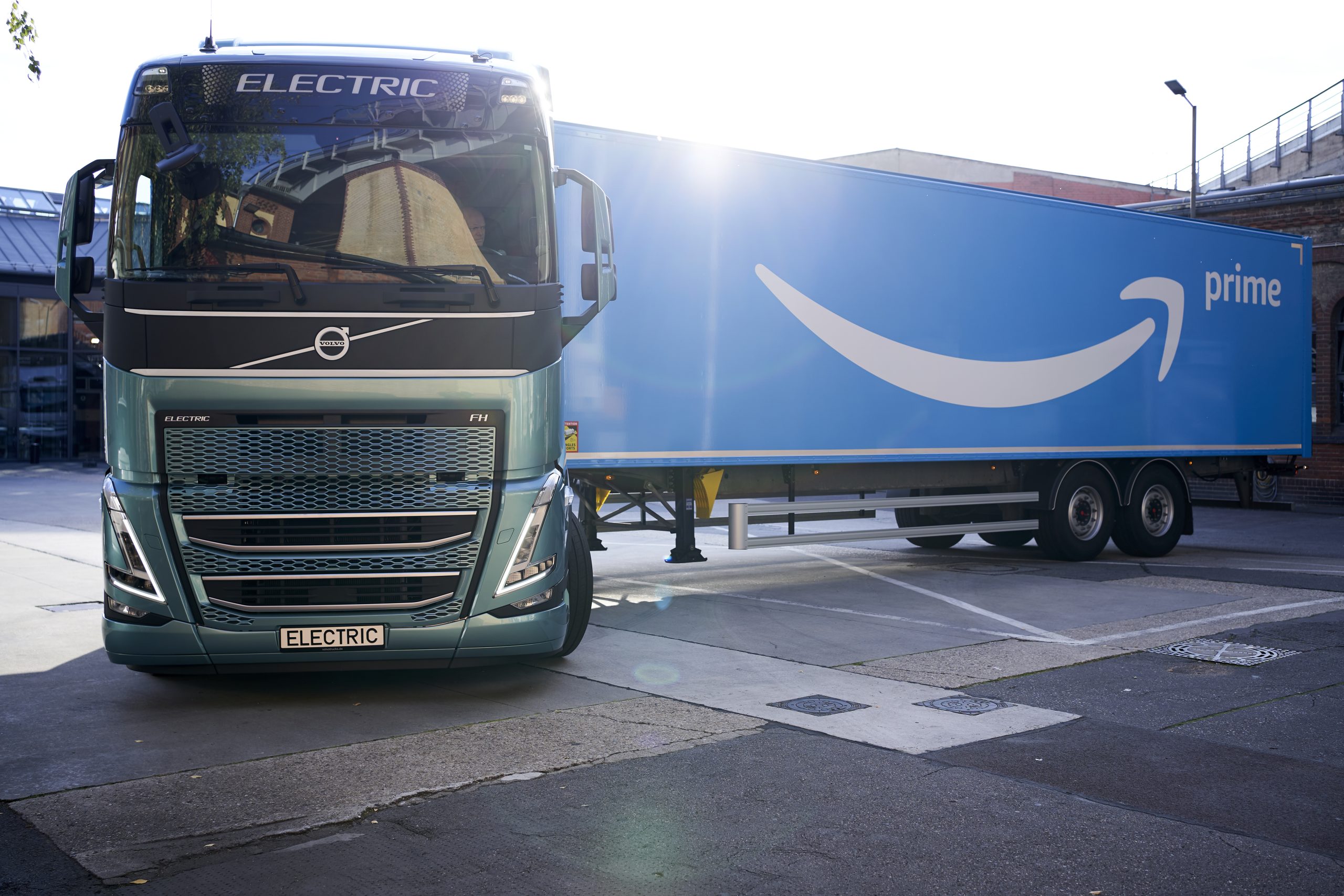 Volvo Trucks started the series production of heavy-duty electric trucks in September this year, and the availability of electric trucks for inter-city and regional haulage marks an important milestone for decarbonising road transport.

The truck maker says the electric versions of its most important product range – the heavy-duty Volvo FH, Volvo FM and Volvo FMX trucks – will play a vital role in reaching its global target; in 2030 half of all new trucks sold will be battery or fuel cell electric.

These electric heavy-duty trucks can operate at a total weight of 44 tonnes and the three models mentioned represent around two thirds of the company’s sales.

For Amazon, the trucks will replace its diesel counterparts and play a key role in electrification initiatives through its transportation chain.