When it comes to heavy vehicles, large tonnages and long distances, the use of hydrogen to power fuel cells appears to be one of the best solutions in order to drastically reduce air pollution.

UFI Filters, a leading company in filtration solutions and in the production of heat exchangers for internal combustion, hybrid and electric vehicles, began analysing the possible future scenarios related to the various different forms of power back in 2017.

As part of this, the company started to look into the new challenges connected to the use of hydrogen in fuel cells and the issues relating to filtration.

Studies focused particularly on the air filter fuel cell cathode, an element that plays a strategic and fundamental role in purifying the air fed into the system.

This filtered air operates as a combustive agent within the cell, with the oxygen present reacting with hydrogen through an electrochemical process that is capable of producing electricity. 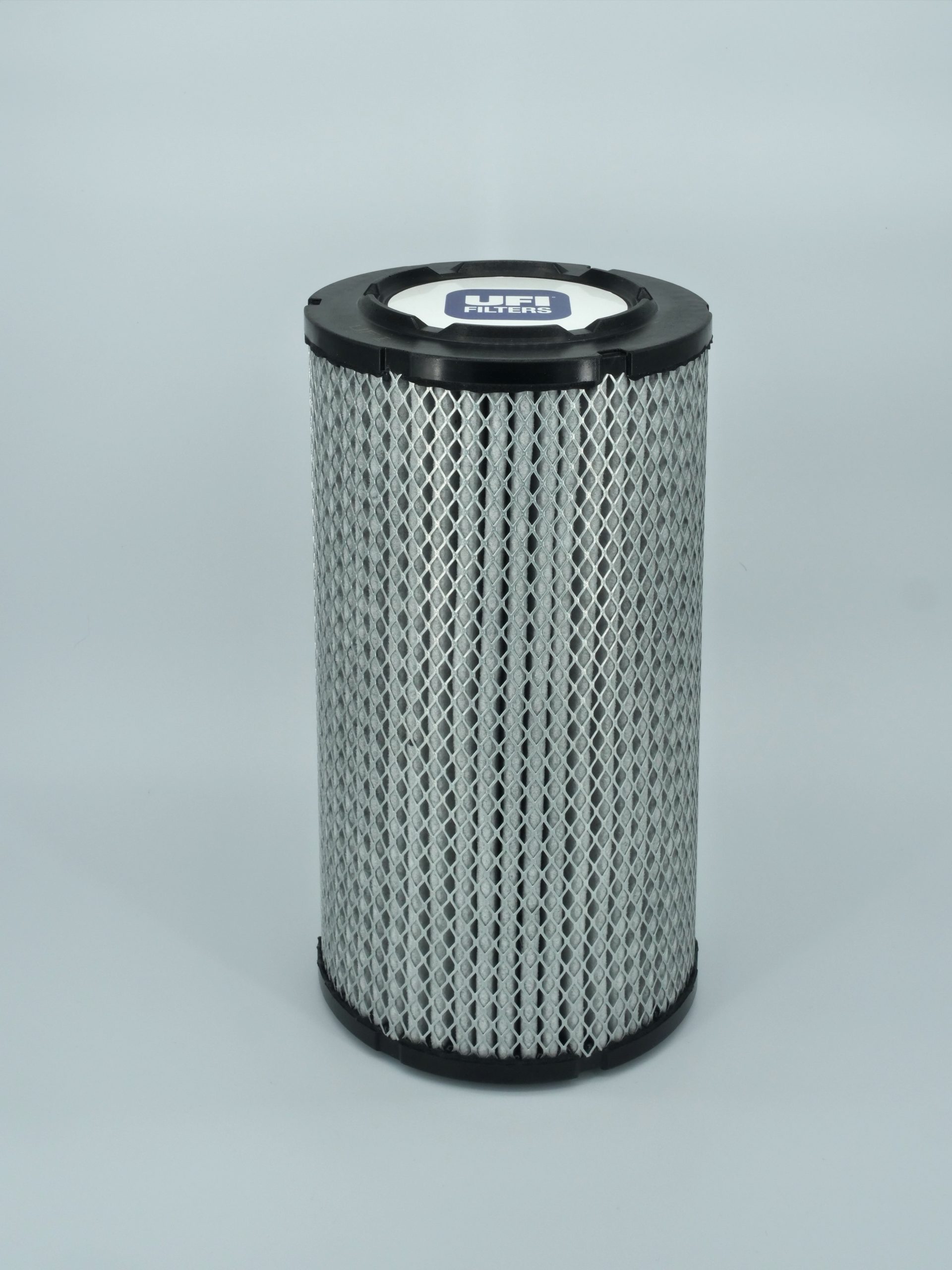 Filtering the air
Before arriving at the compressor and then being delivered to the cell, the air fed into the system must be efficiently filtered, not only to remove particulate matter, but also to get rid of harmful gases such as SOX, NOX, H2S, CO, O3 and NH3, along with VOCs (Volatile Organic Compounds), such as benzene and toluene.

These gases, which are harmful to the fuel cell, are generally anthropogenic compounds that are derived from human activities (products of traditional combustion and those derived from oil); the air concentration of these varies in accordance with the geographical context.

Air filtration in fuel cells plays an even more important role than it does in traditional endothermic engines with regard to engine air filtration. Why? A number of studies conducted over the years have demonstrated that even extremely low quantities of gaseous particles (we are not just talking about PPM — parts per million, but even PPB — parts per billion) can dramatically reduce the performance and life of a cell.

This is due to several factors, including the contamination of the catalyst, which is decisive – this is what triggers the reaction necessary to convert hydrogen and oxygen into electrical energy and water.

The catalyst, a fundamental component of the fuel cell, effectively consists of costly platinum (or other precious metals). The presence of impurities can compromise its performance and functionality with irreversible effects, and can lead to progressive deterioration over time that affects the life of the cell.

In the air circuit, the compressor is also a key element; this part is very sensitive to solid air contaminants, which can compromise its performance.

But there’s air and air…
The cells use ambient air that supplies the oxygen necessary to trigger the electrochemical reaction with the hydrogen. But air, as we know, is not the same everywhere, and its characteristics depend on a host of factors such as temperature, altitude, local pollution, etc.

As such, the quality of this air, and where it will be used in the vehicle, must therefore be taken into account when developing a cathode air filter, because an effective solution in one region will not necessarily work in another.

The UFI solution
The cathode air filter developed by UFI Filters and designed for OE applications with fuel cells has a dual function (solid particulate filtration and absorption of gaseous contaminants) and features a double layer, with the two layers contained within a single box; the shape and positioning of this inside the vehicle varies in accordance with the requirements of the OEM.

This configuration enables each layer of the air cathode filter to be specialised or customised in accordance with a given vehicle, the region in which it will be used and/or the distance to be travelled and the expected useful life of the filter, thus guaranteeing optimal performance.

The first layer works as a physical barrier; i.e., it separates solid particles, and is similar in structure to that used in engine air filtration systems for internal combustion vehicles.

It is made using synthetic media that is distinguished by the fact that it has a different matrix and thickness compared to traditional filters, providing different accumulation characteristics and low system load losses.

It works to capture all types of dust, including extremely fine particles, as well as salt particles. Indeed, salt, which is used in winter to defrost roads and is present in coastal areas, is harmful to the fuel cell.

The positioning of the first layer – upstream of the second layer – is strategic, as it serves to protect the activated carbon present in the second layer, which is very sensitive to the presence of particulates that limit its capacity to absorb gases. 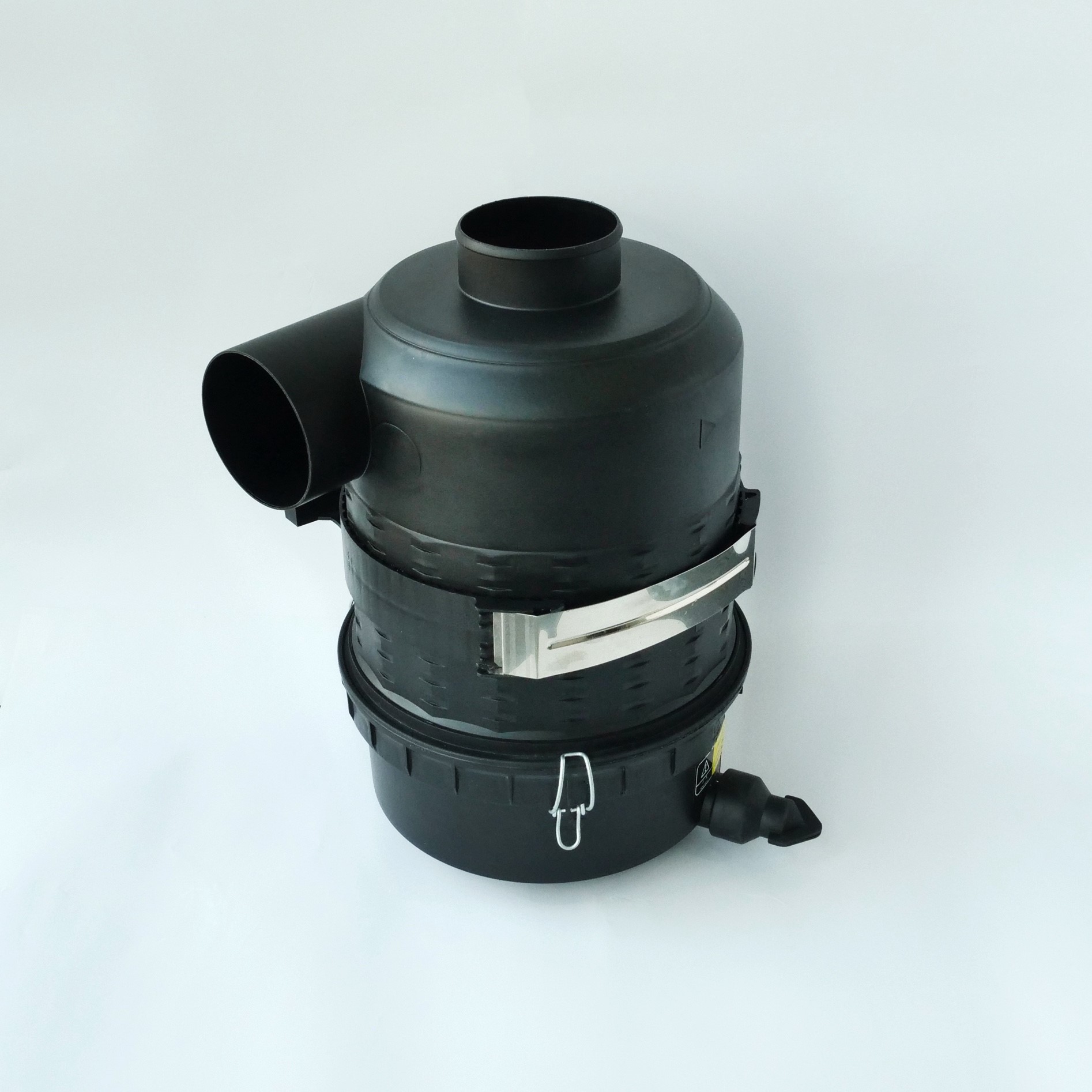 The second layer, meanwhile, serves a chemical function; removing gaseous contaminants by adsorption. It is made from filtering media with a non-woven matrix (non-woven fabric), which blends various types of active carbon.

Thanks to the experience of UFI Filters in the production of filter materials, the activated carbons used for this specific application are not those employed traditionally; rather, these have been modified via specific heat treatments and chemical reactions with inorganic salts.

In this way, in addition to having different physical hole sizes (as a result of the surface treatment), the activated carbons acquire the ability to absorb the gases, coupling with these via chemical bonds of various kinds.

Accordingly, UFI Filters can offer the customer a diverse range of options for the same filter for a given application; in this instance, the different activated carbon mixes are the element that varies, enabling the different regions where the vehicle will be sold to be taken into account.

The thing that sets UFI Filters apart in terms of the innovative cathode air filter solutions it offers is the company’s consolidated expertise in filtering media, which is researched and produced in-house.

This knowledge lies both in the materials used for the filtering media and in the application of different geometries, as well as in the way the filters themselves are machined in order to improve the performance of the product.

Pleating is an example of this: the performance offered by a pleated filter is closely linked to how the pleats themselves are created.

At UFI Filters, a highly specialised department is dedicated to researching and finding the optimal parameters, which are then passed on to the various global plants of the company, to ensure that the same high levels of performance are achieved across the board.

There’s more
For some applications, in addition to the two layers, UFI Filters also offers pre-separation elements for the preliminary treatment of air. In very dusty regions, for example, this can contain large quantities of solid particulate matter, which must be removed before it reaches the cathode air filter.

First functional prototypes
A number of functional UFI Filters prototypes, intended for global OEM applications in trucks, buses and light commercial vehicles, are already being tested in various regions of the world, and the materials for these are close to being finalised. Mass production is scheduled to begin in a few months.

Thanks to its expertise, its OE pedigree and its global industrial footprint, UFI Filters is ready for the future of sustainable mobility.