The order was secured as part of an ongoing investment to strengthen services across the company’s UK-based transport network. 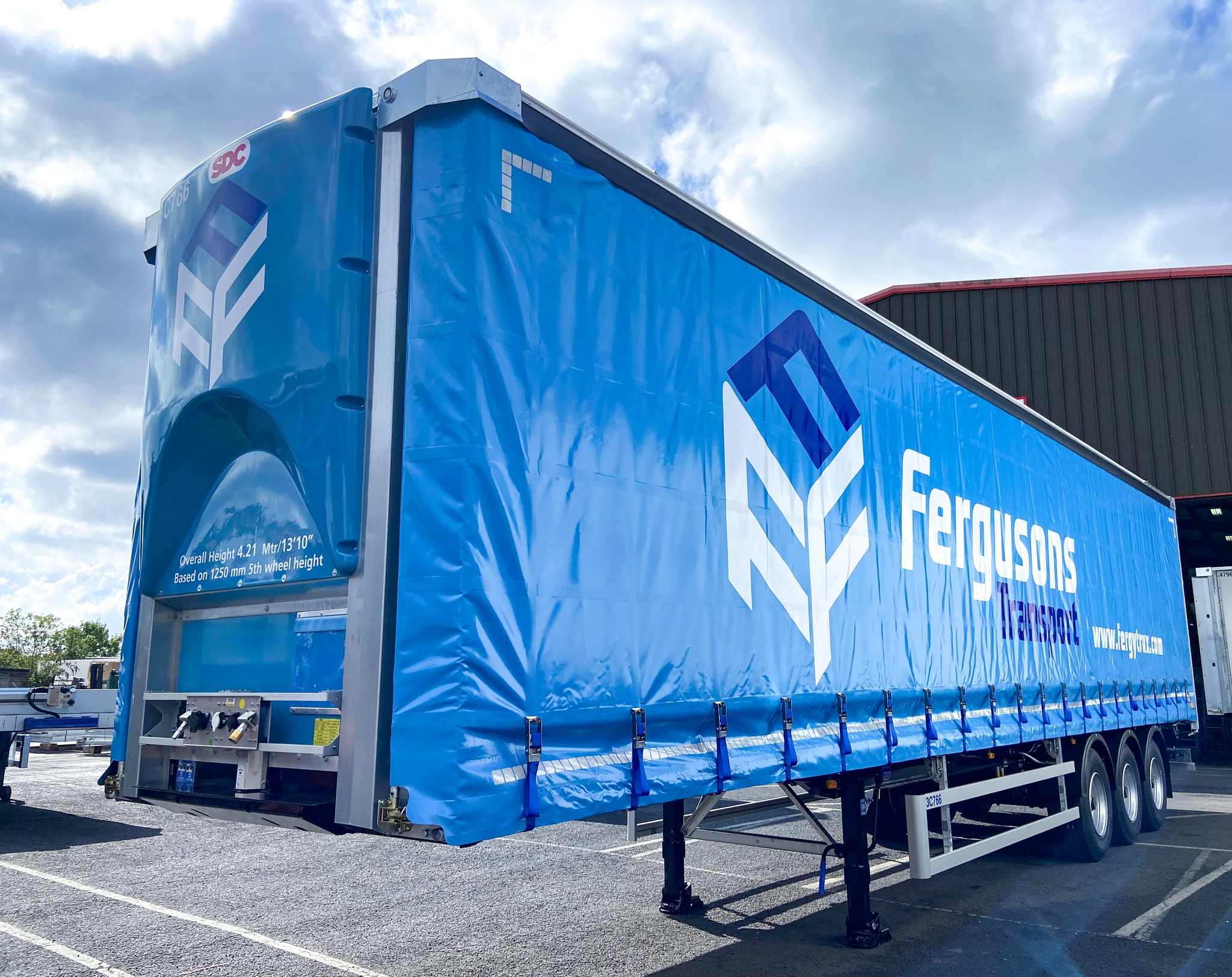 The privately owned haulier operates a fleet of over 100 vehicles including curtain-siders, armoured curtains siders, flat beds and specialist trailers, with full track and trace visibility for customers. It also has highly qualified ADR (Hazard Goods drivers) for the transport hazardous goods and controlled waste.

SDC Trailers sales manager, Matthew Duxbury said: “This the first batch of Freespan Curtainsiders entering service for Fergusons Transport and the feedback has been very positive.

“We worked closely with them to ensure the entire process was tailored to meet their needs, from concept and design through to manufacture and completion.”