At IAA Transportation 2022, Schaeffler premiered a demonstration vehicle built from the ground up on the basis of an electric van.

To this end, Schaeffler has collaborated with REFIRE, a leading global supplier of commercial hydrogen fuel cell technologies.

The vehicle features a 13 kWh battery with a maximum power output of 85 kW, and a fuel cell system rated for a continuous output of 50 kW. Propulsion is provided by a Schaeffler 3in1 e-axle, complete with power electronics, with a maximum output of 140 kW.

Schaeffler is using the vehicle as a development platform for testing and optimising the interaction between the various system components. 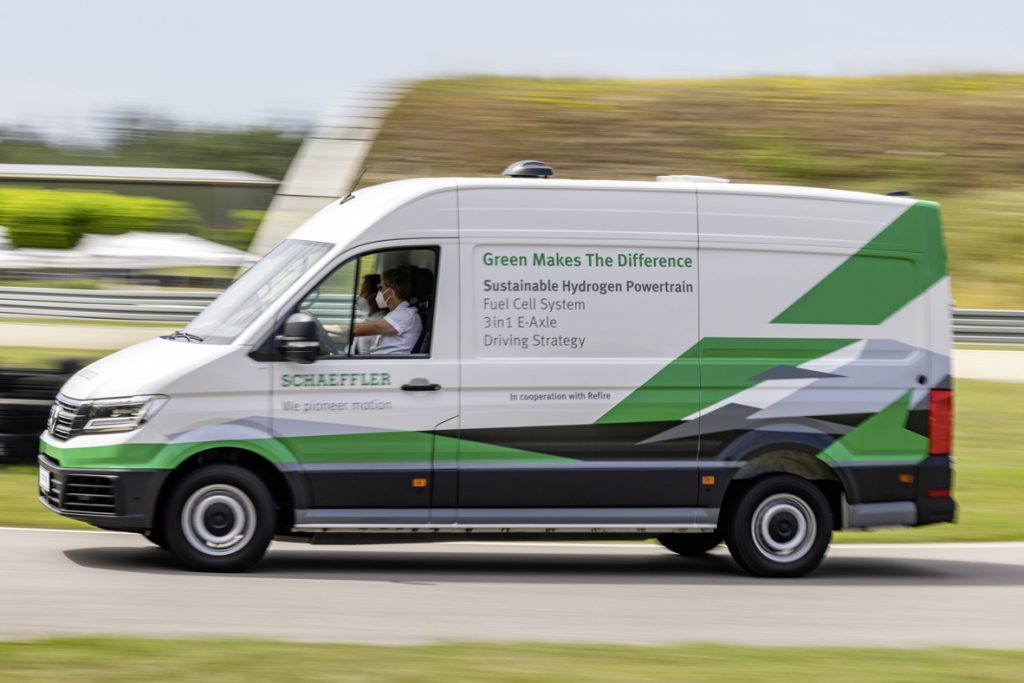 The various components and systems that make up fuel cells include bipolar plates. These plates are integral components of the fuel cell stack, accounting for up to 80 per cent of stack weight and as much as 65 per cent of stack volume, despite each plate being only 50 to 100 microns thick.

Schaeffler has been developing metallic bipolar plates since 2017 and is currently making them at a pilot plant at its Herzogenaurach site in Germany.

For Schaeffler, developing processes such as forming and coating for extremely thin steel parts like bipolar plates has largely been a case of adapting processes that it has already been using for many years in the manufacture of motor and transmission components.

In addition, the company is continually growing its expertise and capabilities in fuel cell system control, including software modules for fuel cell-specific functions.