Braking components manufacturer Juratek is celebrating the 12-month anniversary of the opening of its distribution site in Belfast.

The idea of opening a warehouse in Northern Ireland first started to become a reality for Juratek back in April 2021, when company representatives first visited an empty warehouse in Newtownabbey.

The original concept had been discussed a few years previously as its business in Northern Ireland was really starting to grow, but a global pandemic had forced Juratek to give attention and energy to more pressing concerns.

One of the original drivers for the conversation was Brexit, the referendum had taken place in 2016, but in 2018 no one seemed to have any real understanding of what this was going to mean for UK businesses, either for trading with the rest of Europe, or closer to home. 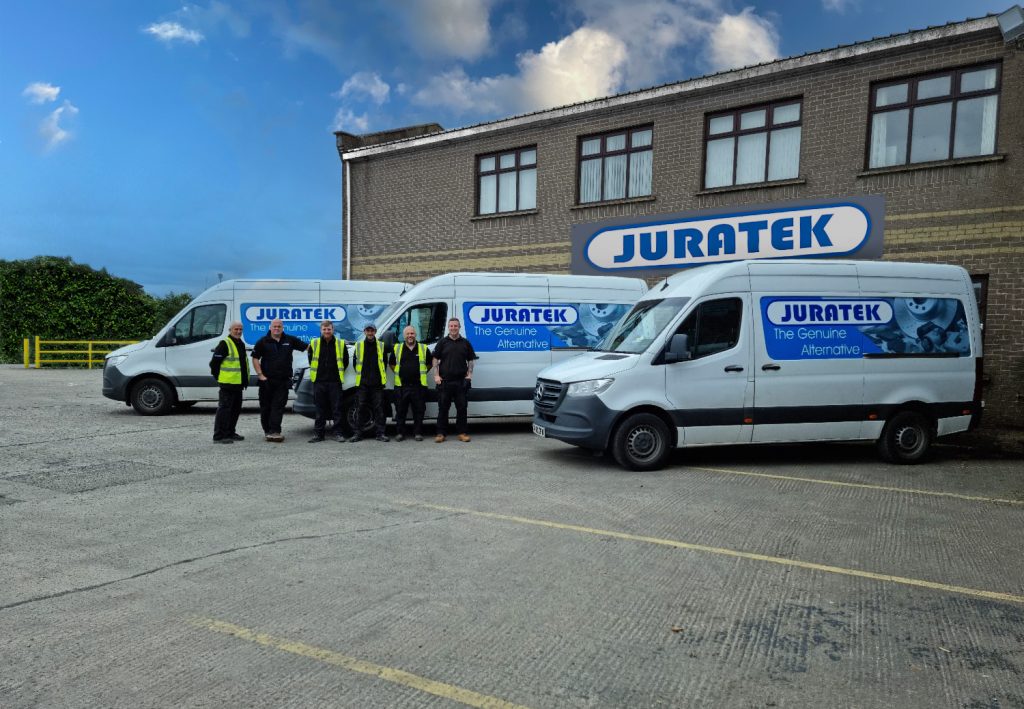 Ignoring all the paperwork, costs, changes to systems and processes which many, many businesses throughout the UK had to deal with, one of the main problems that Brexit caused Juratek, was to the service levels to its customers in Northern Ireland.

Previously, its customers could order up to 15:30 and get their products the next day.

With all the paperwork that was now needed to comply with the new regulations, and the timing of this paperwork to ensure Juratek’s products would get onto the boat, it meant that its cut off time was now midday.

Juratek says it was also now paying more, for delivering an inferior service.

The braking specialist revisited the idea of a distribution site in Belfast in early 2021, found a site, sorted all the IT, stock, vans, recruited staff, and in September that year, opened its doors and began fulfilling customer orders from Belfast instead of Doncaster.

Juratek says the switch to delivery from Belfast was seamless, as the vast majority of orders come through electronically, meaning it was a hassle-free transition for the customer base.

From the outset, Juratek had a clear view of what it wanted to achieve – an increase in service levels to its existing customers.

The company adds that it also didn’t want to make it available to every motor factor because its customers in Northern Ireland have Juratek as their primary braking brand, and it wanted them to retain their competitive advantage.

In the midst of all this planning and preparation, Juratek acquired a business by the name of Bettaparts.

Based in Bradford, it is a distributor of braking (Abtex), steering & suspension and wheel bearings (LPB) and Dayco engine products. The goalposts had moved again, and the challenge was now to find room for its new product ranges.

With Juratek’s 12-month anniversary fast approaching, the company can look back with a real sense of achievement.

“The job is nowhere near finished, but we can confidently state that our loyal Juratek customers are getting a much better service, with many now getting twice a day delivery and they have access to the whole Juratek range of products on their doorstep, as well as the Bettaparts products,” a spokesperson for Juratek said.