Fuso, the subsidiary of Daimler Truck, has unveiled its next-generation eCanter with doubled range capacity, designed for urban and last-mile distribution.

The new electric truck, with a chassis load capacity up to 5.0 tonnes, is available as a standard cab with a 1.7m width or comfort at 2.0m wide. 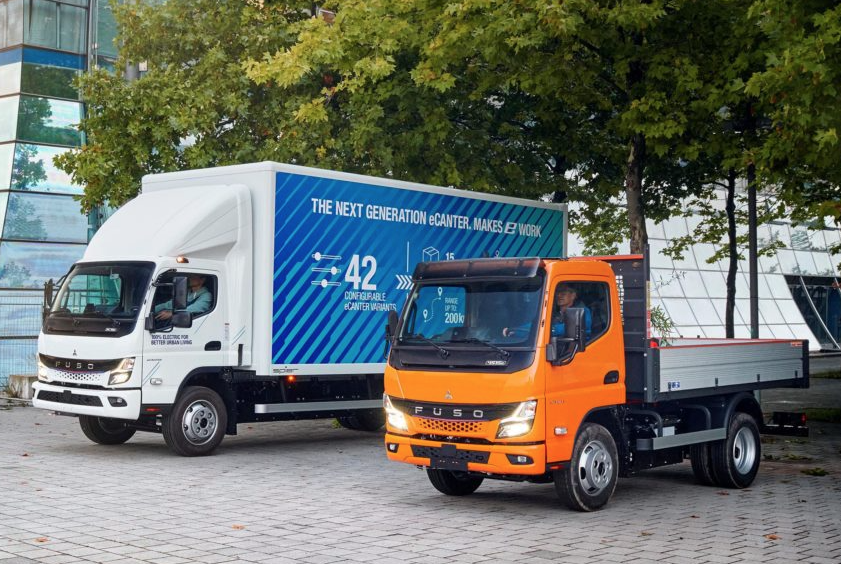 The truck, launched at IAA Transportation in Hannover, has a maximum torque of 430Nm and a top speed of around 88 km/h.

A total of three different battery packs bring capacities of 41 to 124kWh and enable ranges of between 70 and 200 kilometres.

Previously, the eCanter only had a battery option with a nominal capacity of 81kWh and a range of up to 100 km.

AC charging (11kW and 22kW) takes between four and six hours, again depending on the battery.