Ford has revealed its new E-Transit Custom, the fully electric successor to its best-selling van which it says will have a range of up to 380 km.

The brand adds that the vehicle has a 74kWh battery combined with an 11kW AC three-phase onboard charger that can fully recharge the battery in 7.8 hours.

First unveiled earlier this year, the one-tonne van is a major part of Ford’s plans to have five electric commercial vehicles on its books by 2024. 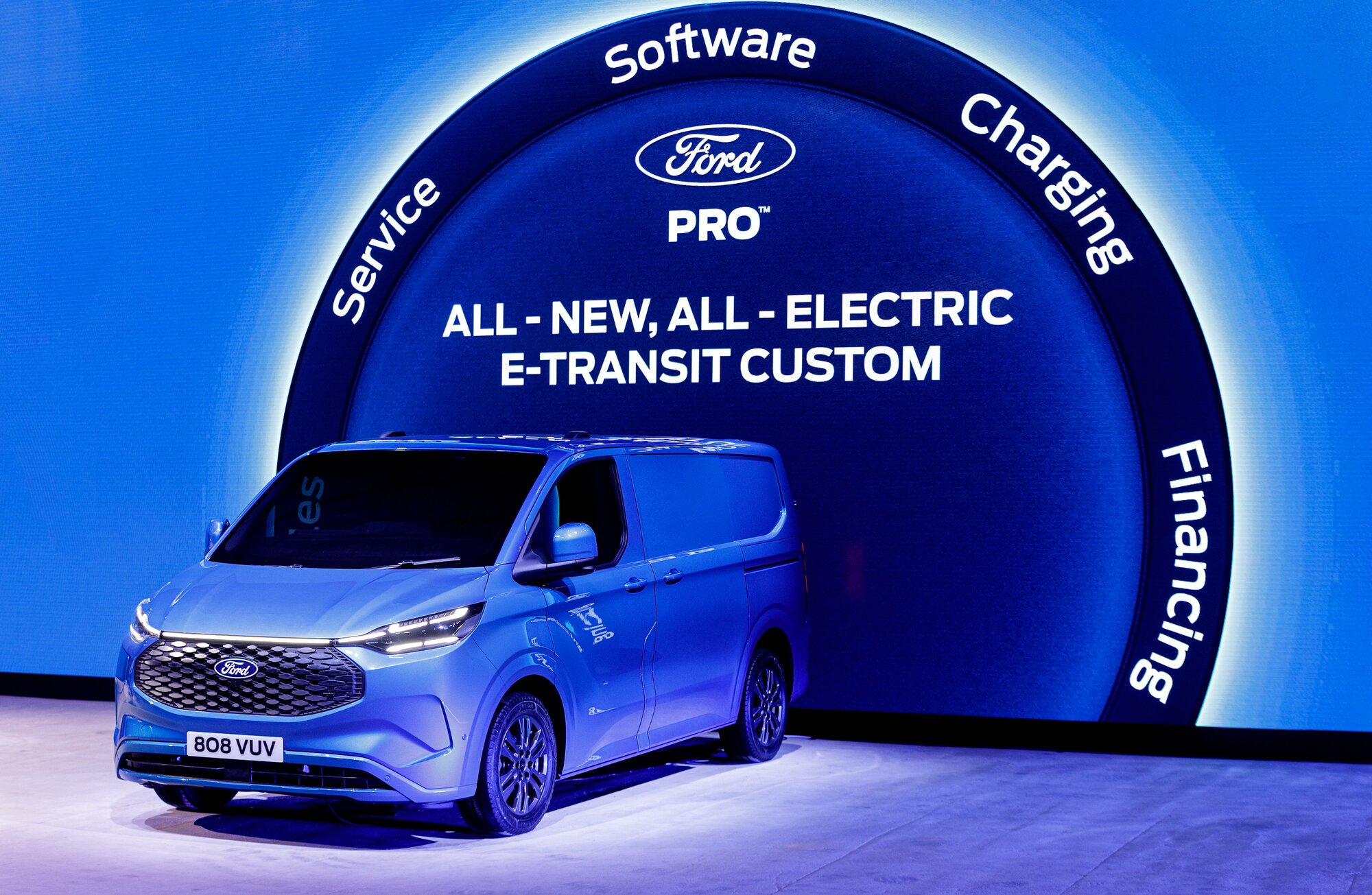 The battery can also be replenished at up to 125kW using DC chargers. Its direct‑to‑body mounting improves durability and reduces weight for optimum range, according to Ford.

Double-cab-in-van and kombi body styles are also available, all with a choice of short or long wheelbase and low or high roof.

Owners who want to carry up to five occupants as well as longer items like pipe, planks or kayaks can specify the new L-Shaped Bulkhead, with a two-seat second row as well as a full-length cargo area with composite bulkhead.

The van will be produced by the Ford Otosan joint in Kocaeli, Turkey following $2 billion facilities investment, with production starting in autumn 2023.

Jim Farley, president and CEO at Ford Motor Company, said: “Our customers made Transit Custom the most popular commercial vehicle in Europe, and we’ve listened to those customers for well over 50 years.

“The new E-Transit Custom was designed and engineered to meet their needs – a Transit for the new era, but one that can still get its hands dirty when a job needs doing.”