Bosch has equipped two vans with fuel cell technology and has started test operations on the road.

“With the two fuel cell vans, we are expanding our understanding of the system and showing that the fuel cell can also be a suitable drive solution for light commercial vehicles.” 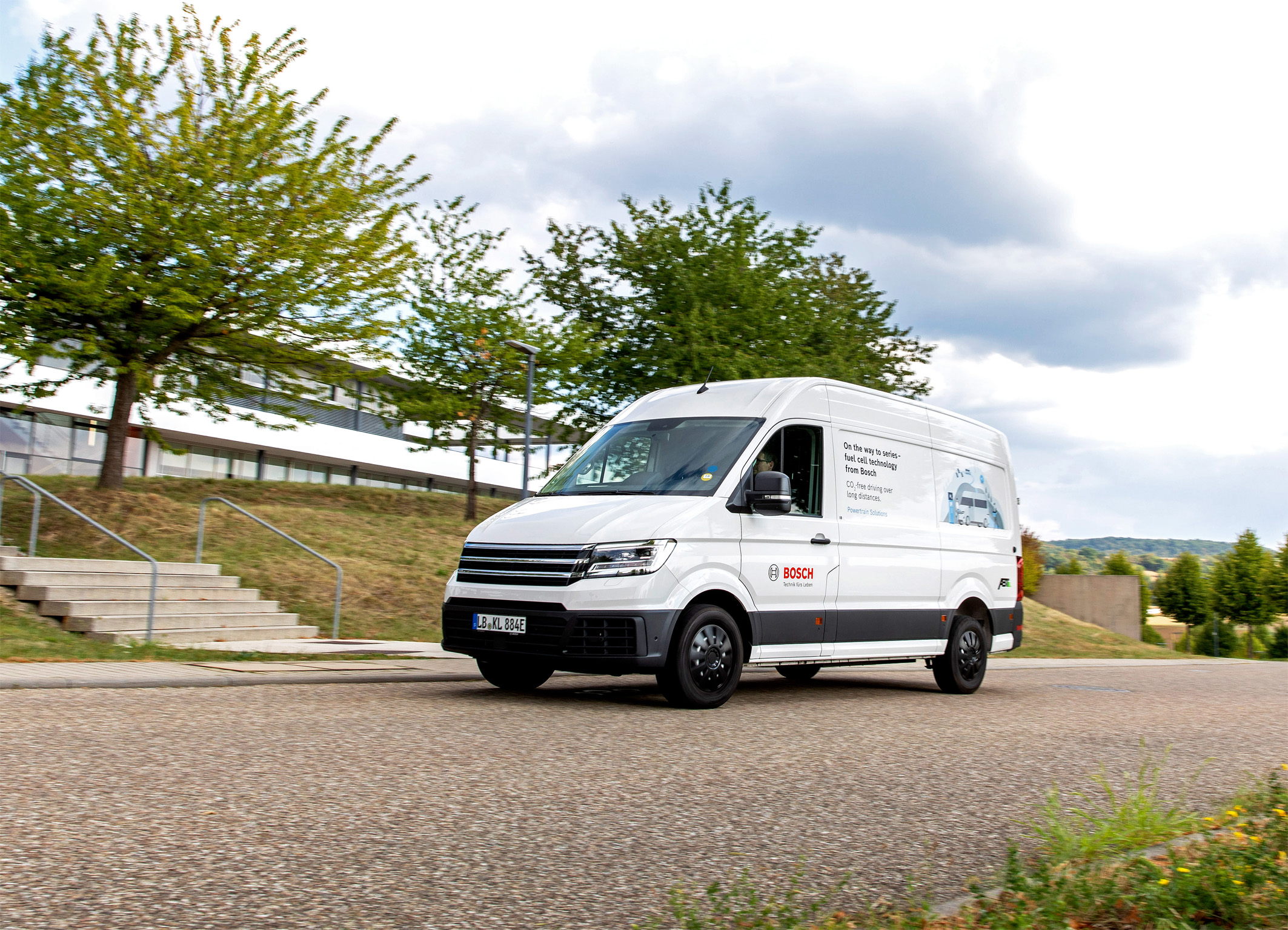 Together with project partner and vehicle modifier ABT eLine, Bosch says it was able to use its components almost throughout for the fuel cell system.

A fuel cell kit is used, which comprises the stack, anode supply module including hydrogen gas injector and recirculation blower, electronic control unit, electric air compressor and components for the hydrogen storage system, and even a large number of sensors.

The technical basis for both vehicles is commercially available vans that run on electric power alone. The batteries including peripherals were replaced by the fuel cell, five storage tanks for a total of over 10 kilograms of hydrogen, and a smaller lithium-ion battery.

After the required technical tests, the vehicles were granted official approval for road use, Bosch says.

The project is already providing important insights: even loaded, the vehicles can travel up to 540 kilometres and are fully refuelled again in six minutes, according to Bosch.

The fuel cell can therefore be a good addition to the battery-electric drive in future for fleet operators whose vans cover particularly long distances during the day and return to the maintenance and storage facility in the evening.

The first Bosch components for fuel cells are already in volume production.