Transport for Greater Manchester has ordered 50 zero-emission double-deck buses from Alexander Dennis as part of its new Bee Network. 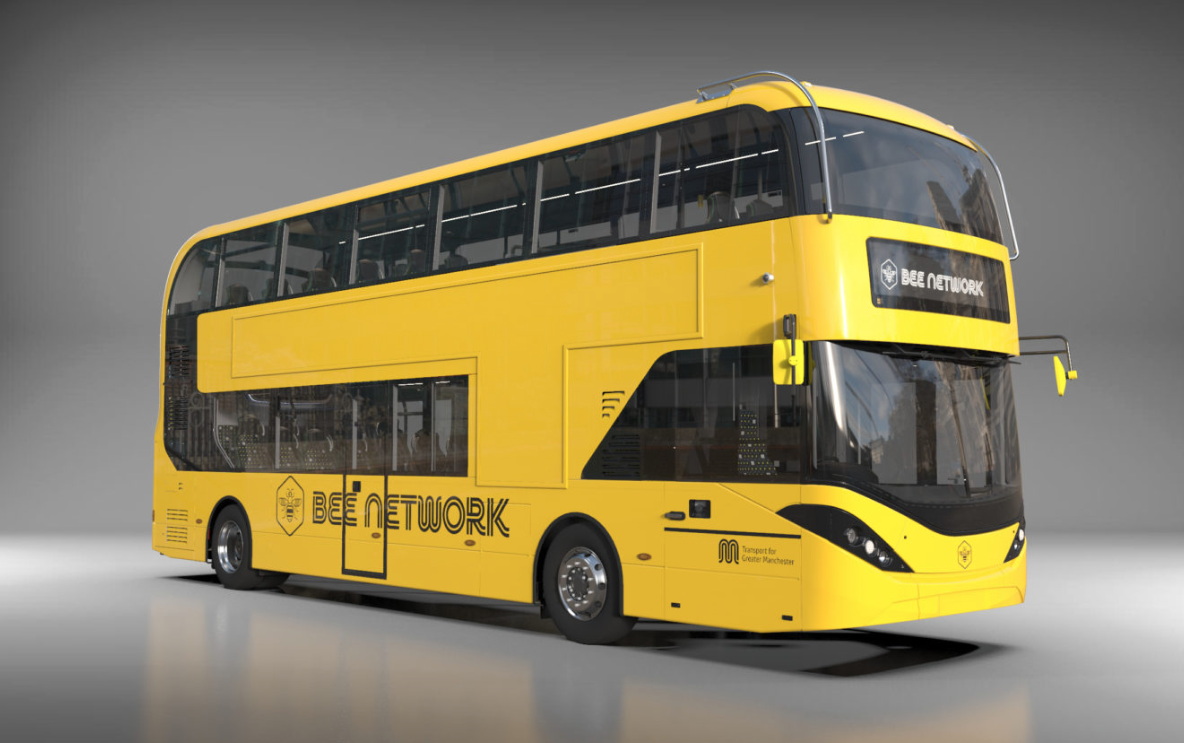 The BYD ADL Enviro 400EV battery electric double deckers are due to operate in Wigan and Bolton, where bus franchising will be rolled out in September next year before other parts of Greater Manchester in 2024 and 2025.

They will be the first to bear the branding of the new Bee Network – Greater Manchester’s ambition for a fully integrated, London-style integrated transport system comprising buses, trams, walking and cycling, and eventually trains.

The vehicles, built at Alexander Dennis’s factory in Scarborough, North Yorkshire, are being funded by the UK government’s City Region Sustainable Transport Settlement, with another 300 electric buses to be delivered from 2024 through to 2027.