The employment rate in the second quarter of 2022 was 73.5 per cent, marking the highest rate since the current series of records began in 1998.

The latest Labour Force Survey from the Central Statistics Office shows that the number of people in employment increased by 8.7 per cent to 2,554,600 in the second quarter of this year.

The number of absences from work during the reference week was 187,200, compared to a peak of 468,500 absences recorded in the second quarter of 2020 during the Covid-19 pandemic, according to the CSO.

CSO statistician Sam Scriven said: “Employment increased in the year to Q2 2022 across most economic sectors with the largest increase in the Accommodation & Food Service sector. 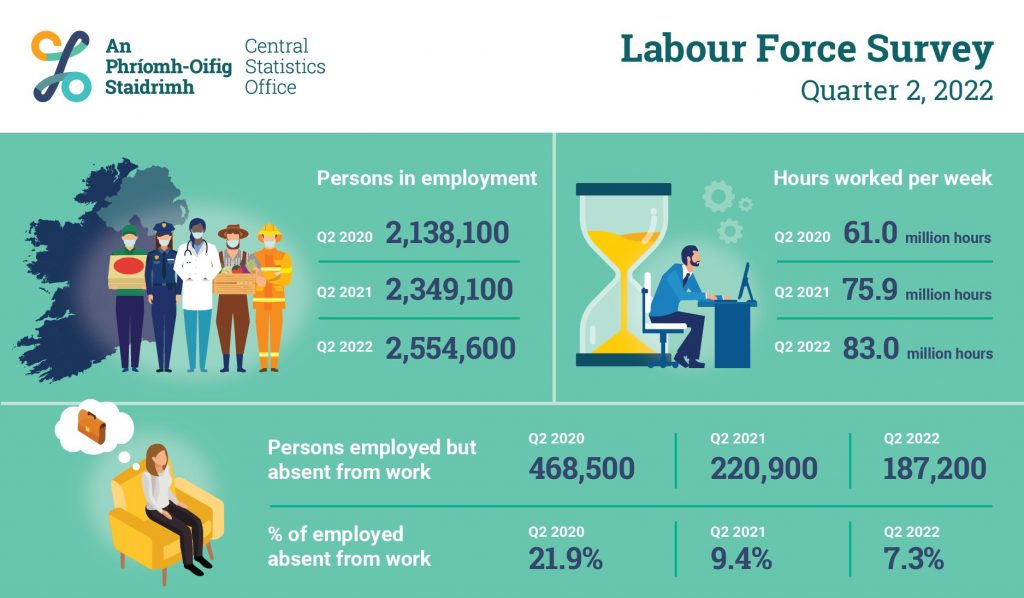