Kia in the UK has said it is looking at launching electric vans into the UK market (& one would assume also the Irish market) following the announcement of its latest update on its Plan S strategy, which sees it commit to launching 14 battery electric vehicles worldwide by 2027. 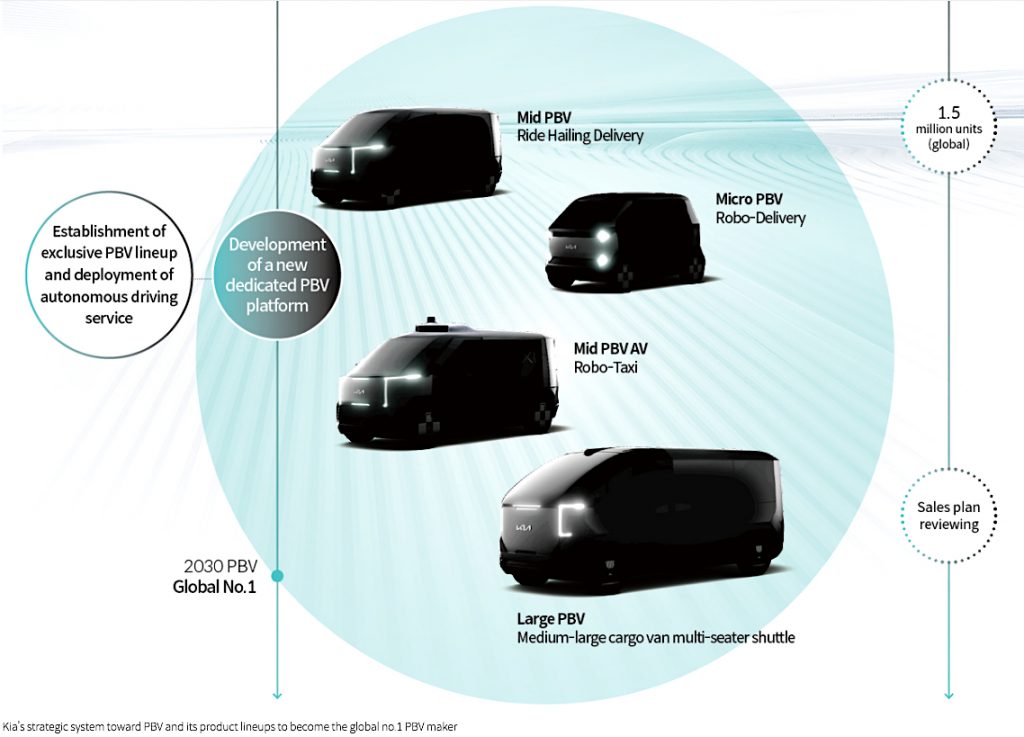 Part of this plan may see the manufacturer develop and launch electric Purpose Built Vehicles (PBVs). The idea is that these will be available in various body styles. Part of this strategy would allow the PBVs to be marketed as either a van or passenger shuttles. The first mid-size models are expected in 2025.

A Kia UK spokesman said last week that there is a plan in the very long-term to look at having a range in Ireland. “But the plan is not to get in a situation where we just have one van that some dealers would give lip service to,” they said.

They added: “It’s a complex market and to do it, you need to go into it wholeheartedly to accept the fact that you need to change quite a few things if you’re going to do it properly.

“Launching a van is not just like you’re adding a car to the range, it’s totally different. We would need to have a dealer network that can provide the aftersales coverage that would be needed.”

The dedicated PBV will be developed as flexible structure that sits on a flat, skateboard EV platform, so that the size and shape can be adjusted according to the purpose and customer needs.