Cambridgeshire-based Knowles Transport has taken delivery of the first Renault trucks in its 120-strong fleet.

Supplied by Renault Truck Commercials, two T440 6x2s decked in Knowles’ striking orange livery have been added to the company’s line-up moving food, drink and ambient to retailers across the UK and Ireland. 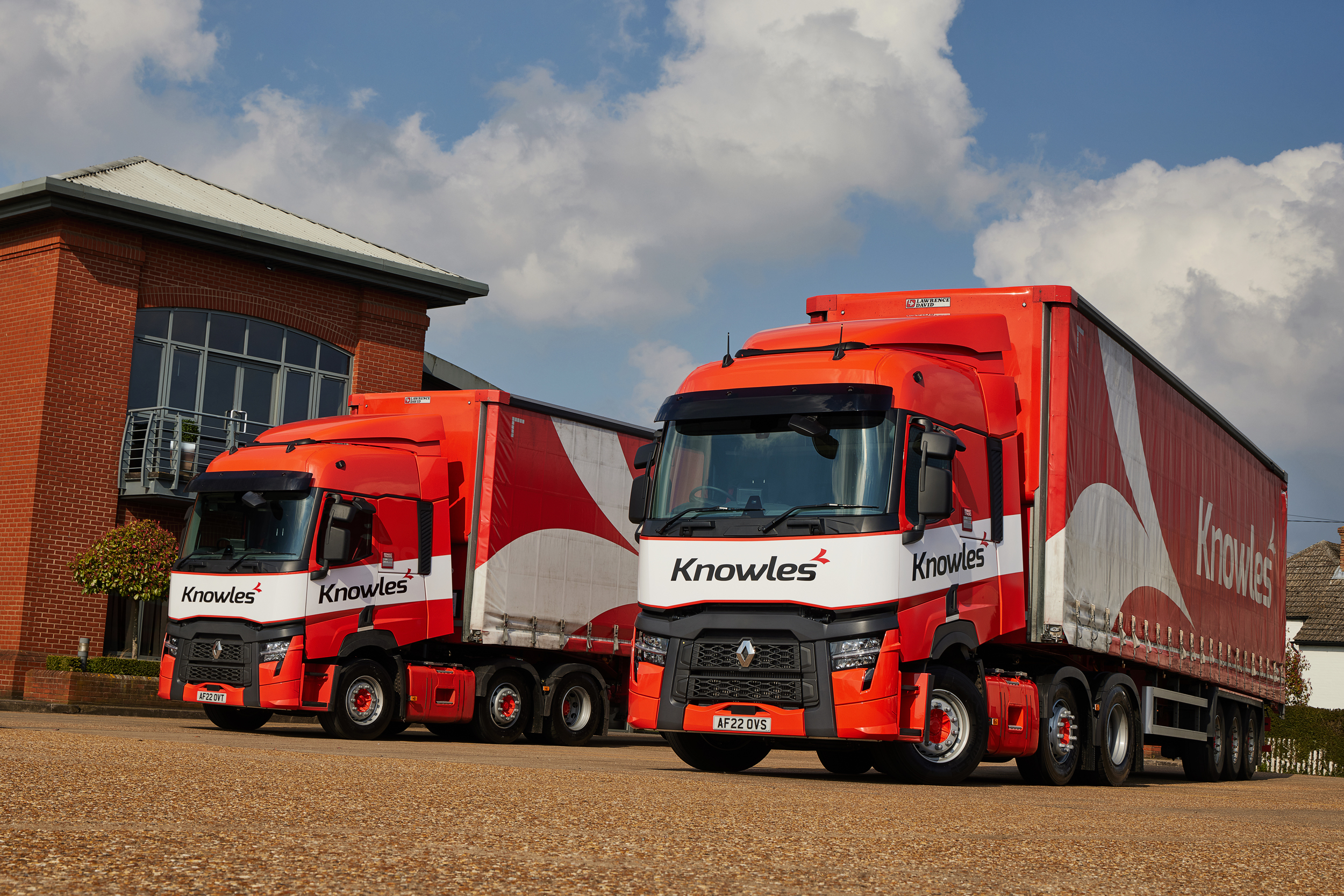 The addition of the first two Renault Trucks coincides with Knowles Transport’s 90-year anniversary with the new vehicles selected for their fuel performance, driver comfort and dealer back-up service.

Having run competitor’s vehicles for many years, introducing a new brand meant driver acceptance was fundamental, according to managing director, Alex Knowles

“Our driver liked the demo and we’ve spec’d the trucks out nicely. Overall, the vehicles look impressive in the livery and, although it’s still early days, the performance is in line with where we need it,” he said.