Starting in 2023, Ford will begin production of an all-new electric passenger vehicle, a medium-sized crossover, built in Cologne with a second electric vehicle added to the Cologne production line-up in 2024.

In addition, Ford’s top-selling passenger vehicle in Europe, the Puma, will be available as an electric version made in Craiova, Romania, starting in 2024.

These will follow the European introduction of the Ford Mach-E in 2021 and Mach-E GT this year, plus the launch of the E-Transit in the next quarter. 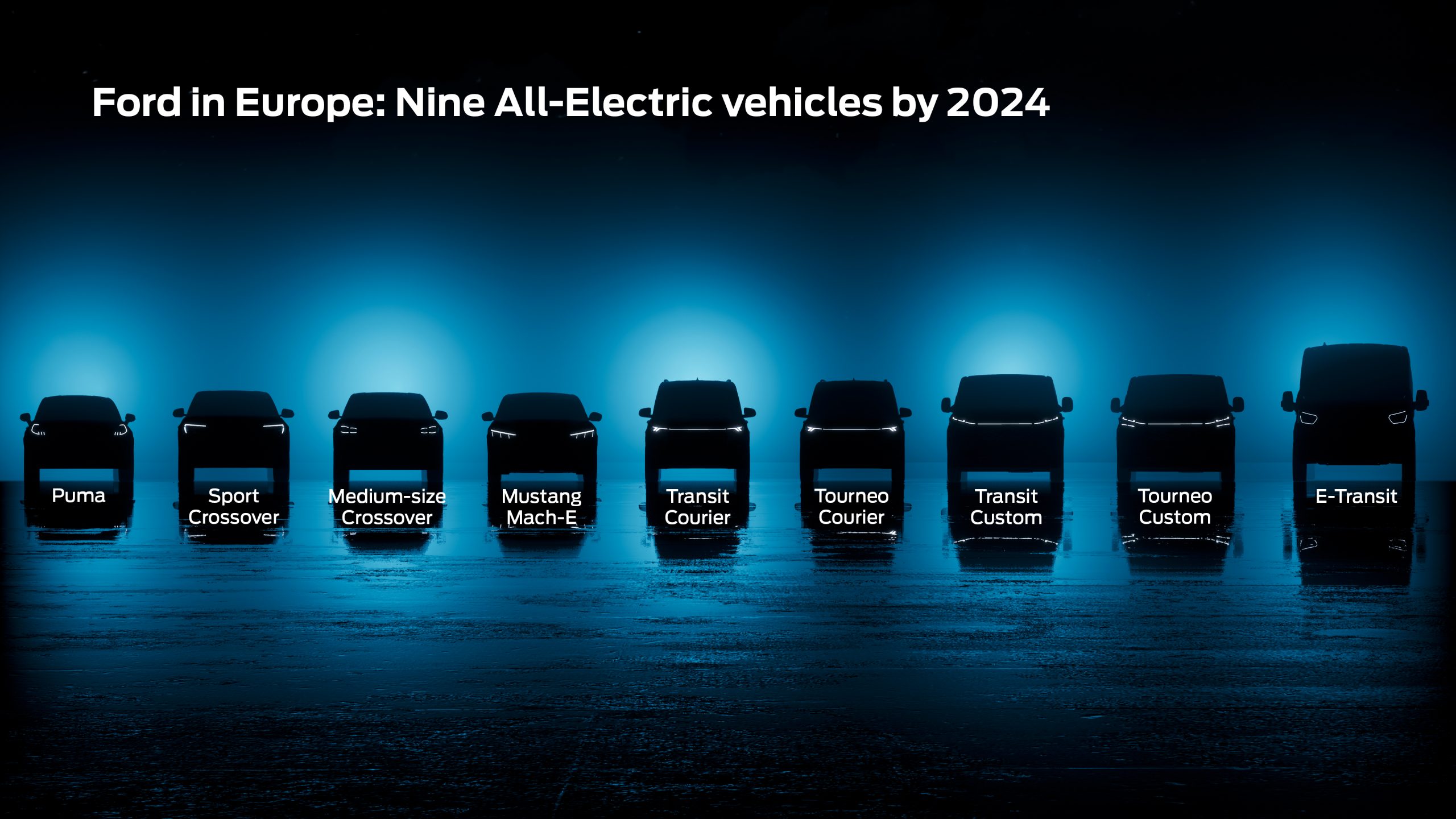 “These new Ford electric vehicles signal what is nothing less than the total transformation of our brand in Europe – a new generation of zero-emission vehicles, optimised for a connected world, offering our customers truly outstanding user experiences,” said Jim Farley, Ford president and CEO.

Ford also confirmed today that the first volume all-electric passenger vehicle to come out of the Ford Cologne Electrification Centre will be a five-seat, medium-sized crossover.

It will be capable of a 500km driving range on a single charge, according to Ford, with its name to be revealed later this year and production commencing in 2023.

Meanwhile, a second, all-electric passenger vehicle – a sports crossover – will be built at the Ford Cologne Electrification Centre, meaning EV production at the facility will increase to 1.2 million vehicles over a six-year timeframe.

Investment in the new passenger EVs to be built in Cologne is expected to be $2 billion. The investment includes a new battery assembly facility scheduled to start operations in 2024.

“This is why we have created Ford Model e,” Farley added, “allowing us to move at the speed of a start-up to build electric vehicles that delight and offer connected services unique to Ford and that are built with Ford-grade engineering and safety.”

With its extended range of electric passenger and commercial vehicle models, Ford expects its annual sales of EVs in Europe to exceed 600k units in 2026. This supports the brand’s goal to sell more than two million EVs globally by the same year.