A self-driving shuttle will take to the roads around Birmingham Airport, transporting passengers as part of trials getting underway in Solihull.

This is the latest phase in a Council-led project which aims to test out how Connected Autonomous Vehicles (CAVs) might be integrated into the borough’s transport network in the future.

Designed and manufactured by Coventry’s Aurrigo, the futuristic looking Auto-ShuttleÒ can carry up to 10 passengers and uses a suite of sensors, including LiDAR, to understand its surroundings and move around safely. 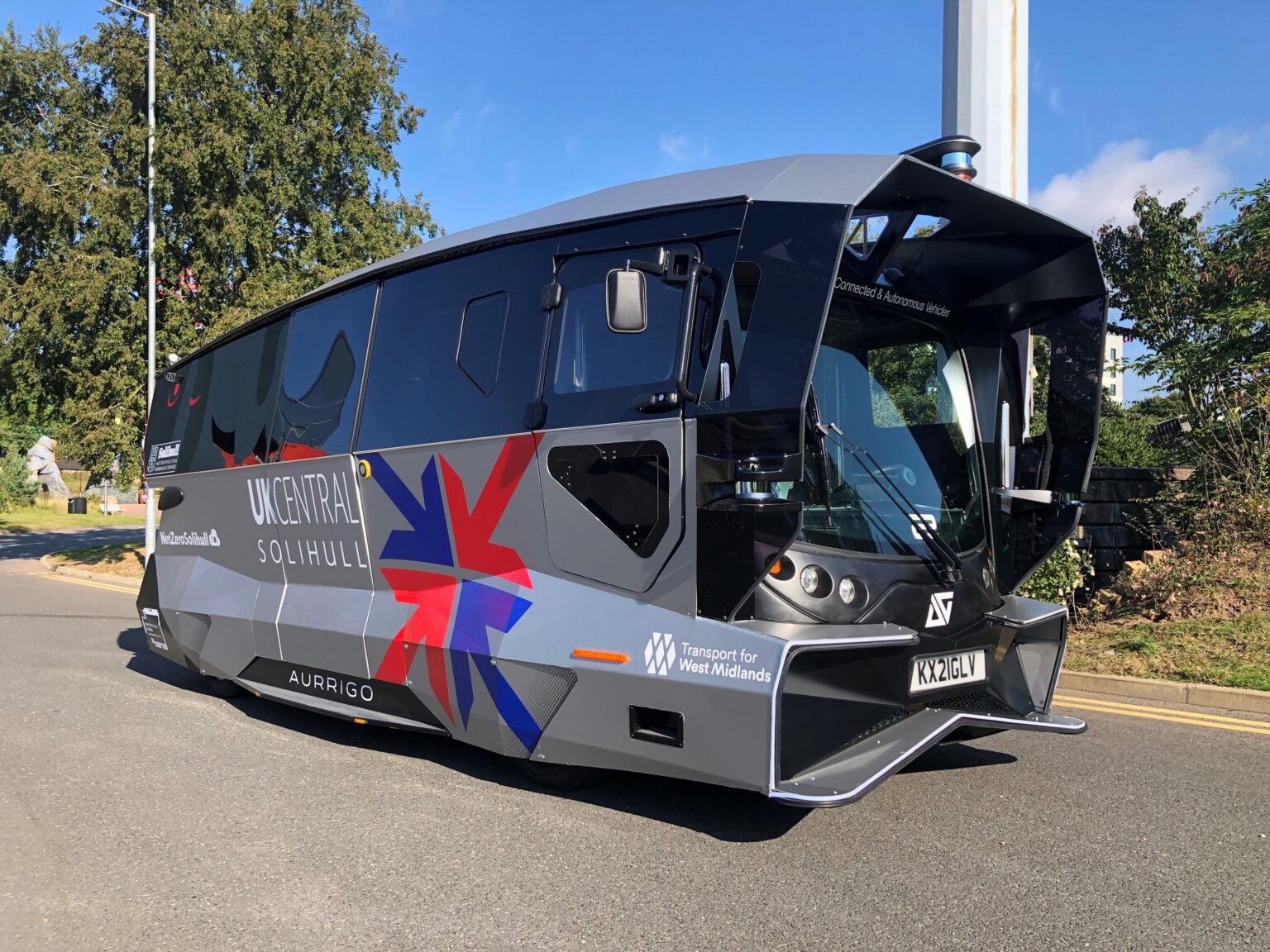 The zero emissions self-driving shuttle was initially demoed at the National Exhibition Centre (NEC) last Autumn, where it operated autonomously on Solihull roads for the first time, whilst carrying passengers along a pre-mapped section of Pendigo Way.

In this latest deployment, the shuttle will be used to transport passengers around a longer and much more complex route at Birmingham Airport while again interacting with other road users.

For the purposes of testing, the shuttle will be limited to a top speed of 20mph.

In line with current legislation a safety operator will be on-board at all times, who will have the ability to take control of the shuttle at any point if required.

The CAV will be running at Birmingham Airport over the next six weeks.