Research by the Road Safety Authority (RSA) has revealed that between 2017 and 2020, for every one road death recorded there were nine serious injuries on Irish roads.

The research was presented at the RSA’s Annual Academic Lecture online today, which centred on the topic of serious injuries.

Delegates attending the virtual event heard from domestic and international road safety and medical experts on the topic of serious injuries. 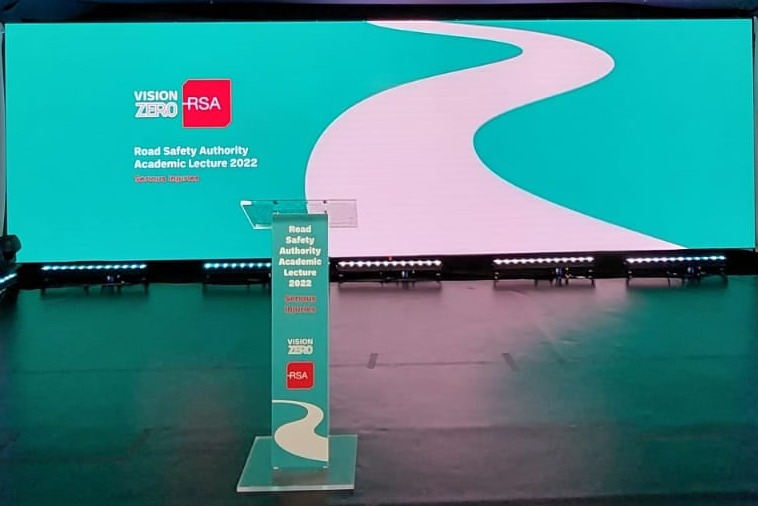 In that four year period between 2017 and 2020, 5,037 people were seriously injured in road traffic collisions in Ireland.

Last year there were 1,091 serious injuries due to road traffic collisions, according to RSA figures.

Velma Burns, research manager at the RSA said: “The research also shows that vulnerable road users – pedestrians, motorcyclists, and cyclists accounted for over half of all serious injuries (54%).

Analysis of National Rehabilitation University Hospital (NRH) admissions statistics found that 75 per cent of injuries from road traffic collisions during 2014 to 2018 were traumatic brain injuries.

Speaking today, Professor Aine Carroll of UCD and the NRH said that from a trauma and rehabilitation point of view, the landscape is “complex”.

“Traumatic brain injuries are life-altering, and often require years of intense rehabilitation,” she said. “I have seen first-hand the devastating cognitive and physical consequences serious injuries have for these patients and their day-to-day lives.

“Serious injuries affect not just the victim of the road traffic incident, they can also be life-changing for their families, their friends and their communities.”

“There have been over 85,000 serious injuries in Ireland since we began recording them in 1977,” he said.

“The findings presented at the Academic Lecture add urgency to the targets outlined in the Government Road Safety Strategy 2021-2030 to reduce serious injuries and deaths on Irish roads by 50 per cent by 2030.”

“The RSA is to partner with the HSE and Trinity College in a new collaboration to examine and compare serious injury data from both hospital and collision data.

“These measures to better understand the number and nature of serious injuries will coincide with the implementation of the Phase One Action Plan under the Government Road Safety Strategy 2021-2030.”