Audi’s A4 (07-15) and the Opel/Vauxhall Insignia (08-17) were the second and third most serviced cars in Ireland last year respectively.

This is according to the annual ‘Most Serviced Vehicle’ report from Solera Autodata, which analyses trends from the aftermarket industry and identifies the top 10 most-serviced vehicles across a number of categories. The report draws on data across 21 countries for cars and vans.

Internationally, the Volkswagen Transporter T5 was the most-serviced vehicle last year, with the Opel Corsa-D being the most serviced car.

The Transporter T5 was also the most-serviced LCV last year, moving up from eight place in 2020 to sixth in 2021. The second and third places are held by the 2012 Ford Transit Custom and 2006 Ford Transit respectively.

The most-serviced car internationally was the Opel/Vauxhall Corsa-D, with the Ford Fiesta and Ford Focus taking the second and third slots respectively.

Worldwide, the most-serviced manufacturer was Ford although Volkswagen was the most-serviced brand in 13 of 21 countries surveyed – notably displacing Renault in Spain and Volvo in Sweden in 2021. French brands again accounted for all top 10 cars in France.

The top three most accessed topics in Autodata’s workshop application in 2021 were: engine oil, technical specifications and fuses & relays. By time per day, the wiring diagrams module was used for the longest average time by technicians.

Chris Wright, managing director of Autodata, said: “Increasing complexity of vehicles in the aftermarket will be one of the greatest challenges facing independent technicians.

“Traditionally technicians have not also needed to be electricians and computer repair specialists; this is changing as more and more aspects of vehicles are computerised. 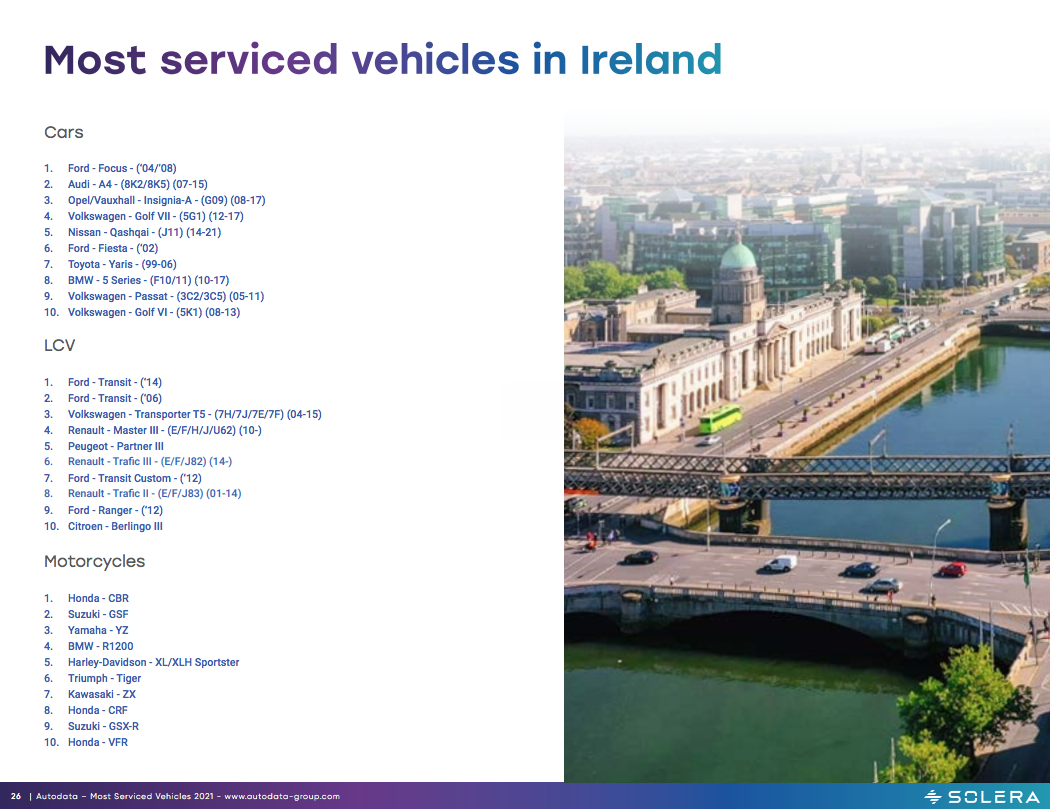