While the number of road deaths in Ireland last year was at its lowest since records began in 1959, this is still 133 deaths too many.

These figures are according to provisional road collision statistics from the Road Safety Authority, following an analysis of provisional fatal collision reports by An Garda Síochána.

Counties Leitrim, Offaly and Carlow had zero road deaths last year. Dublin (20), Meath (14), Galway (12), and Tipperary (10) had the highest number of fatalities (42% of total), according to the figures.

During the course of 2021, more than 175,000 drivers were detected committing speeding offences; over 23,000 people were detected using a mobile while driving; and almost 8,800 arrests were made for driving under the influence of an intoxicant. 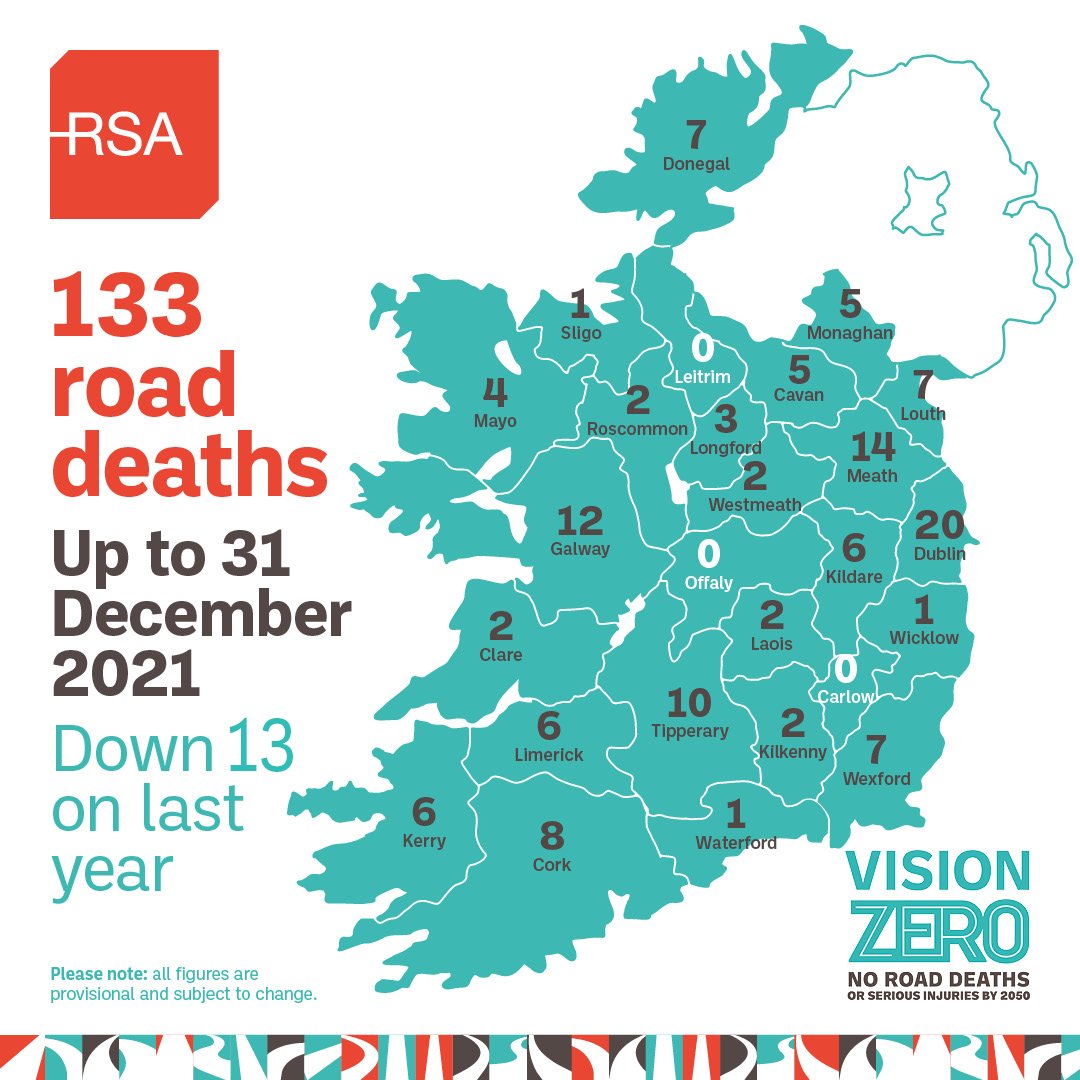