This new tyre, available now in four sizes in a diameter of 16 inches, has been designed for fitment on vans frequently used for delivery services and trade businesses.

Continental says the product range will be significantly expanded in 2022 to include other sizes of 15-, 16- and 17-inch diameters. 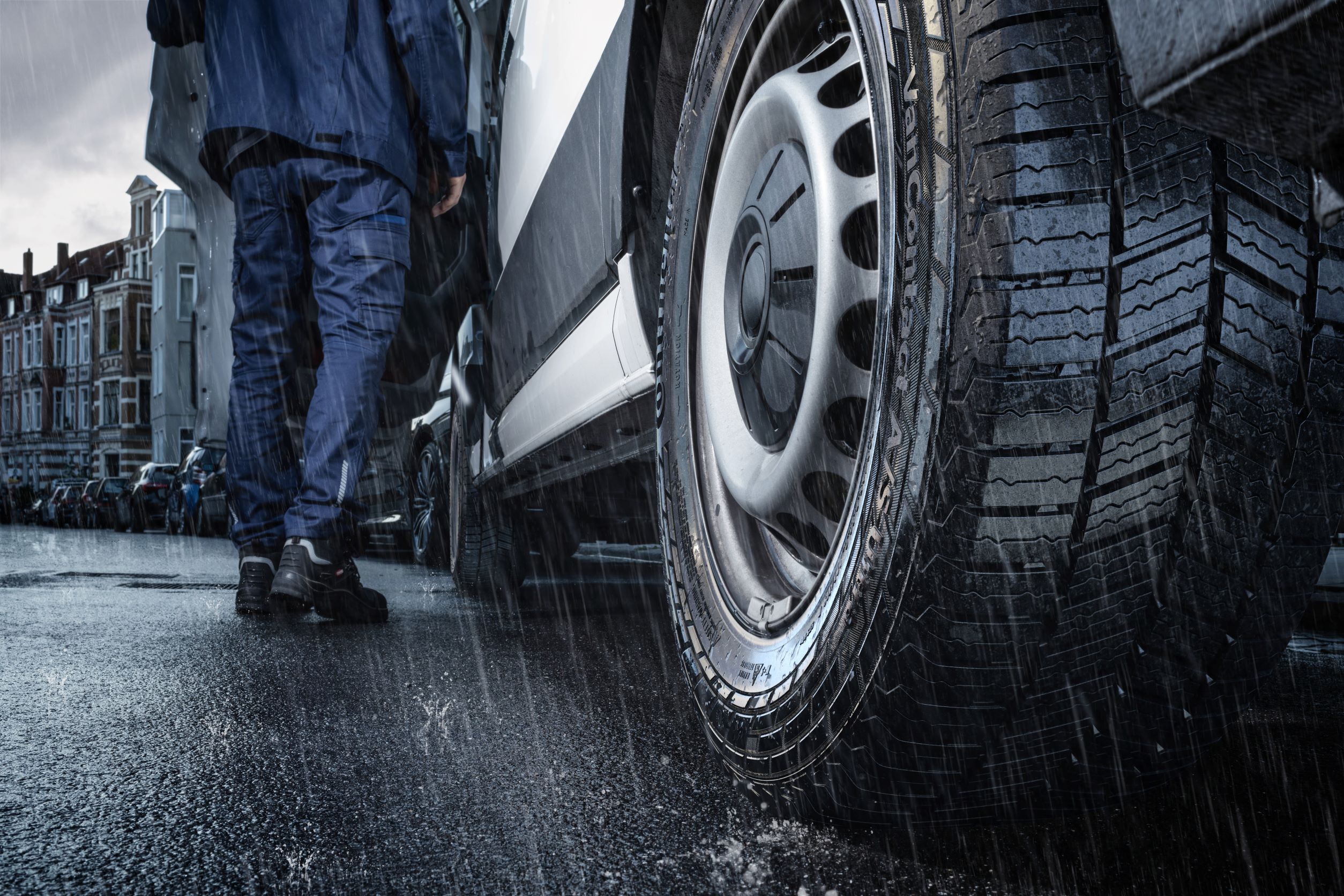 Expanding urbanisation, the trend toward electric powertrains, and the increase in inner-city and door-to-door deliveries have significantly changed mobility habits and requirements.

Continental says these diverse demands are reflected in the design of its new Ultra-series tyres. It says the new range is developed to be robust and durable while offering the safety and rolling resistance performance expected of Continental.

The tyre maker claims that it has developed a new rubber compound, profile and sidewall to achieve the tyre properties demanded for this application.

New fillers were added to the rubber compound to reduce rolling resistance – an important factor for low fuel consumption and reduced CO2 emissions. At the same time, the functionalised polymers in the new compound provide high mileage during both summer and winter use.

The “snow traps” – small bars in the tread grooves – are also aimed at winter use, holding the snow in the grooves and thus offering good friction with the snow on the road. They also stabilise the profile and contribute to precise handling and high mileage, according to Continental.

The smart 3D sipe was developed to achieve good grip when driving on snow and wet roads, a special design that stabilises the tread blocks, thereby providing short braking distances. During the winter months, this design allows the sipe to open wide when rolling into the ground contact area, thus producing high snow grip via the sipe edges.

Continental says the combination of profile design and rubber compound ensures no trade off between mileage and rolling resistance as well as wet grip.

Continental adds that it has also developed a new, clearly visible tread depth indicator for the new VanContact A/S Ultra that displays the tyre’s remaining tread depth “much better” than the small bars in the grooves.

Four groups of figures distributed across the tyre circumference on the tread blocks indicate the remaining tread depth between five, four and three millimetres.