The Toyota Hilux has won International Pick-up Award 2022. The presentation was made during the Solutrans 2021 exhibition in Lyon, France. The Toyota Hilux finished just ahead of the Isuzu D-Max with the Jeep Gladiator third. 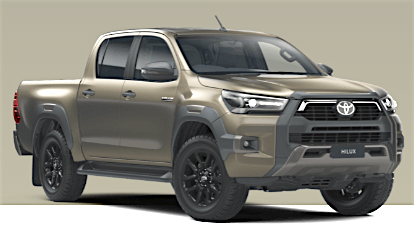 With more than 50 years of heritage, Toyota says that the Hilux has always stood for outstanding quality, durability and reliability, as well as very capable off-road performance. Now, with the latest Hilux, Toyota has expanded the engine line-up with a new 2.8 litre diesel that Toyota claims offers even more refinement and power.

March 21, 1968 witnessed the launch of the first-generation Hilux in Japan, and one year later the model was introduced to the European market. Since then the Hilux pick-up has become one of the most successful models in the Toyota line-up.

Today, Hilux is produced in six different countries and is on sale in 180 countries and regions throughout the world. More than 18 million units sold globally.