Renault is to showcase from tomorrow (November 16-20) four new models from its light commercial vehicles range for the first time, at the Solutrans trade fair in Lyon, France.

The automaker will also shine a light on its recognised expertise in adaptations and conversions, enabling professionals in all fields to find their ideal transport solution from its range.

The current and future challenge of new forms of mobility will also be spotlighted with electric models such as the all-new Kangoo Van E-Tech Electric and the Master E-Tech Electric, and hydrogen in the Master H2-Tech. 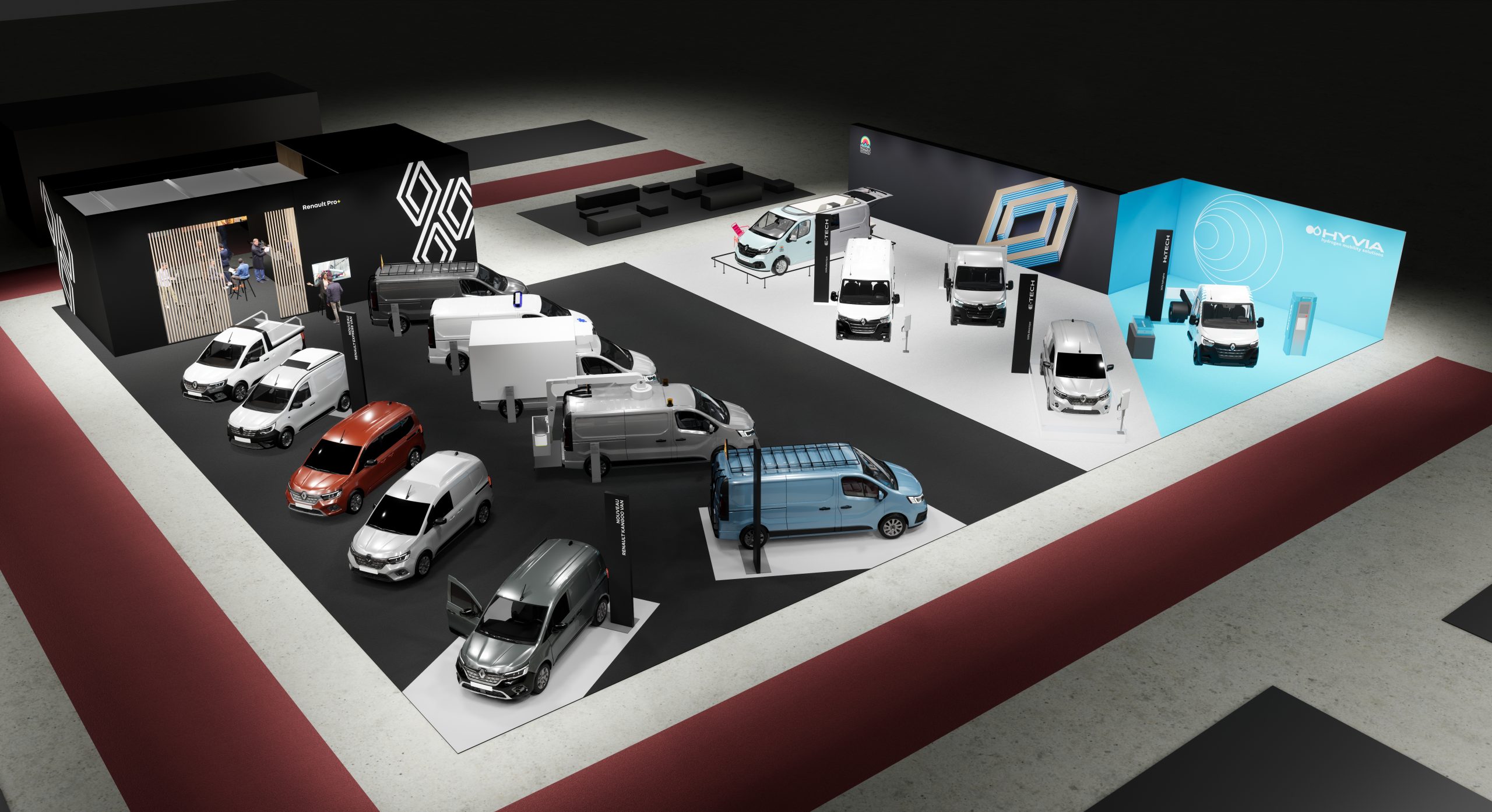 Among the range of light commercial vehicles on show, Renault will exclusively present the following models to the public for the first time:

Kangoo
The new Kangoo Van E-Tech electric will be sold throughout Europe starting in spring 2022. It will offer a range of 299km in WLTP cycle to meet professional customers’ day-to-day requirements.

Its 90kW engine, combined with a 45kWh capacity lithium-ion battery, can be used with three types of charging stations, including an optional 80kW rapid-charge DC charger that can recuperate 299km of range (WLTP cycle) in 30 minutes.

Trafic
The new Trafic, a small and entirely renewed van that differs from its predecessor with a more robust and dynamic front face, a completely redesigned and more practical and comfortable cabin, new and more powerful blue dCi engines, ranging from 110hp to 170hp, and fresh in-car technology for more information, connectivity and safety.

Master E-Tech Electric
The Master E-Tech Electric, a large electric van that has been upgraded with a new 52 kWh capacity lithium-ion battery, bringing its range up to 194km according to the WLTP cycle. Its 22kW DC charger provides 80 per cent charge in just two hours. The start of sales is scheduled for spring 2022.

Renault is also showing the Master chassis cab H2-Tech at its stand in France. This prototype was developed by HYVIA, a joint venture created by Renault with US company Plug-Power, a world leader in turnkey hydrogen solutions.