Most of the batch of Actros 2545 tractor units, which employ 12.8-litre in-line six-cylinder engines that produce 450 hp, and come with either StreamSpace or BigSpace cabs, will go to Montgomery Transport. 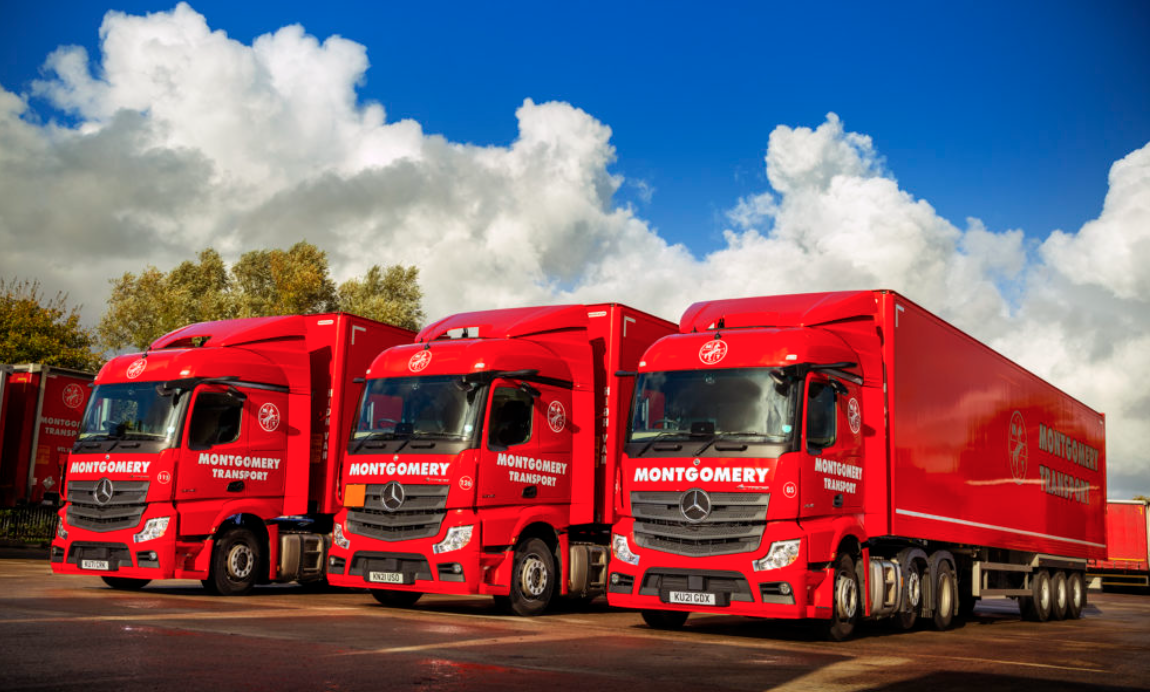 A total of five of the Streamspace models are being assigned to Montgomery Distribution, as well the rigid vehicles ordered.

The first 13 curtainsiders are scheduled to enter service next month. All are 18-tonne 1824 models with 238 hp 7.7-litre straight-sixes, ClassicSpace S-cabs, and PPS Commercials bodies with Dhollandia tail-lifts.

They are equipped with technology such as MirrorCam, the camera-based replacement for conventional mirrors; the Multimedia Cockpit, with its twin screens; and the Active Brake Assist 5 emergency braking system, with improved pedestrian recognition capability.

Montgomery Transport undertook extensive trials at various sites of vehicles by all three of the truck-makers with which its parent company has a direct association, as well as a fourth from outside the group.

Ian Dickinson, MD at Montgomery Transport Group said: “The new Actros did very well and the excellent fuel economy we recorded during our evaluation exercise has been reflected in the returns from the first 50 units that we’ve put into operation. They’re consuming 14 per cent less diesel than our previous fleet average.”