First introduced in 1996, the Mercedes-Benz Actros this year celebrates 25 years in operations – a quarter century in which it has established itself as the premium truck for long-distance heavy-duty distribution.

First choice amongst many of Ireland’s major commercial fleet operators, it has chalked up numerous technical milestones whilst being a focus of innovation that has seen it set new standards in heavy commercial transport. 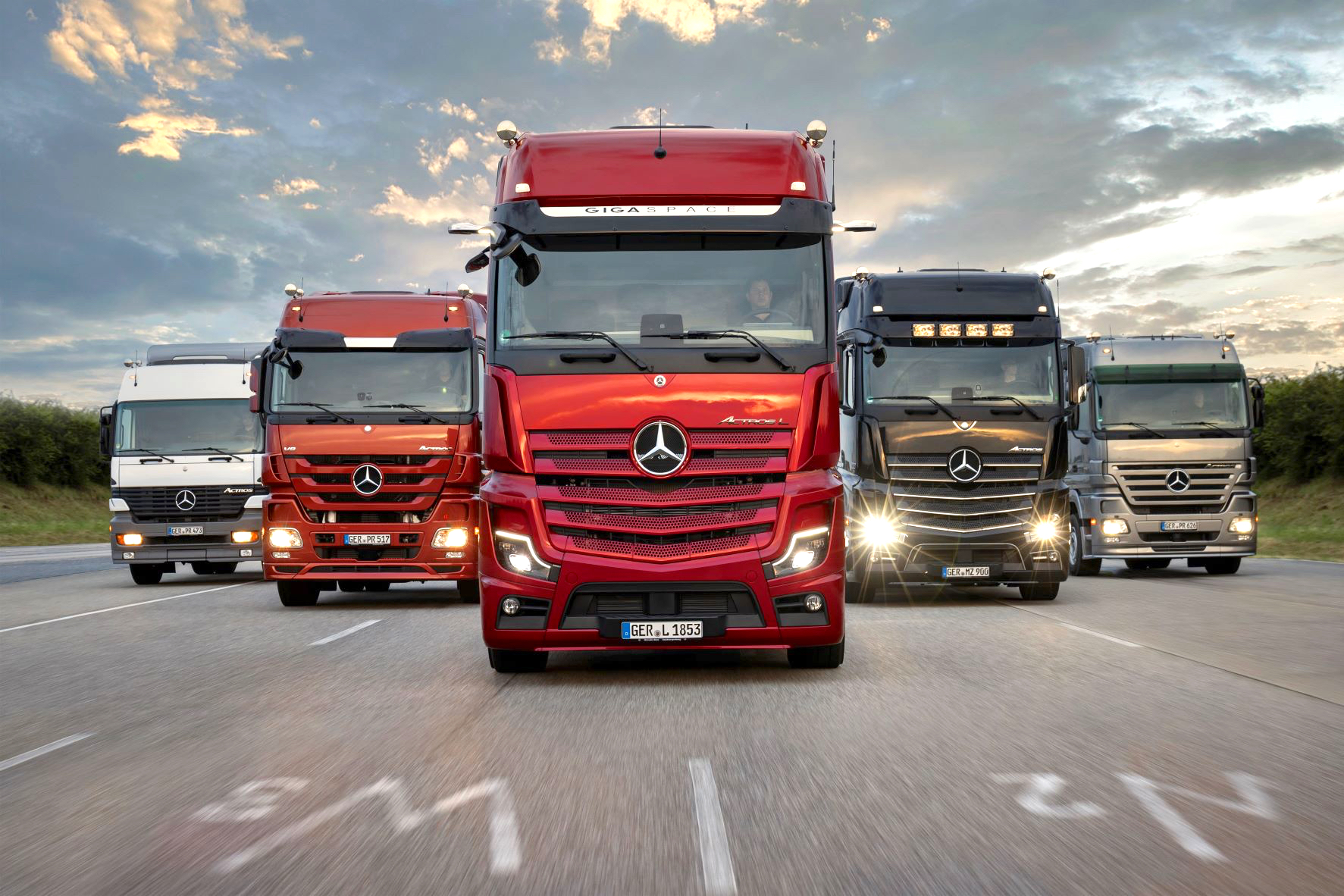 Prominent in every market in which Mercedes-Benz operates, the Actros has attracted numerous awards internationally. Inventions that have celebrated their premiere in the Actros include the first emergency braking assistance system that reacts independently to obstacles.

Another is Sideguard Assist and an assistance system for semi-automated driving. Currently, series production has begun for the new eActros – yet another innovation that sees the introduction of fully electric drive for heavy-duty distribution haulage.

Commenting, Fergus Conheady, Mercedes-Benz commercial vehicles sales manager in Ireland said: “For a quarter of a century, the Actros has been the flagship of the Mercedes-Benz heavy commercials product portfolio.

“With over 1.4 million trucks sold worldwide, its performance and the popularity that the Actros enjoys amongst owners and operators alike have added to its appeal and its success in building a very satisfied customer base.

“Here in Ireland its success has been equally impressive. Amongst Irish fleet operators, it is a model that has proven itself both in domestic and overseas operations.”