Following on from its popular ‘Summer of Sport and Sporting Autumn’ snack packs, GS Yuasa has announced its ‘Winter Warmer’ snack pack, bringing workshops across Ireland a much needed pick me up to beat the winter weather.

Available for free with Yuasa purchases from participating distributors across Ireland and the UK, GS Yuasa’s Winter Warmer snack packs are crammed full of tasty treats to power workshop technicians and electrical installers alike over the colder winter months.

With the effect of lockdowns continuing to make themselves known, the number of vehicles entering workshops is expected to be much higher than average over next few months. Combined with the fact battery failure is more prevalent over winter, the battery manufacturer is strongly advising technicians to always check the battery on every vehicle seen and hopes its snack packs will go some way in encouraging this.

Contents vary between individual packs, however each includes a tomato & herb pasta or chicken & sweetcorn noodle mugshot, two sachets of Nescafé Gold, a sachet of Galaxy hot chocolate, a four finger KitKat and a packet of luxury Border biscuits.

Each Yuasa-branded snack pack also includes a unique code for the battery manufacturer’s Win a Watch competition. With three Apple Watches up for grabs, technicians and electricians are encouraged to submit their details at www.yuasa.co.uk/winawatch for their chance to win. 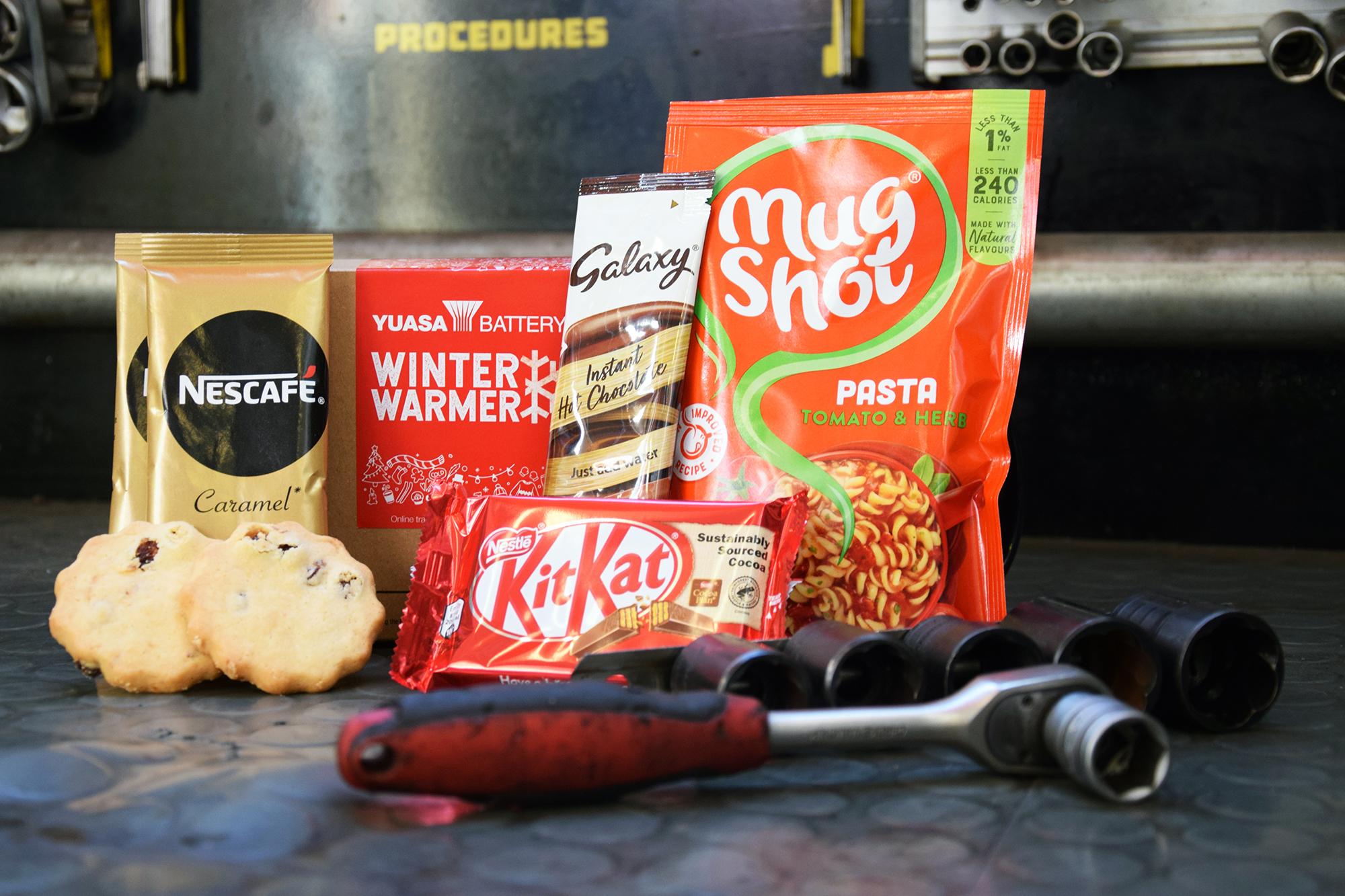 “With battery failure most likely over the colder months, battery replacement is expected to be one of the most common jobs workshops and garages are likely to see over the coming weeks. To make the task a little more appetising, we’re pleased to continue our snack pack campaign with our Winter Warmer packs.”