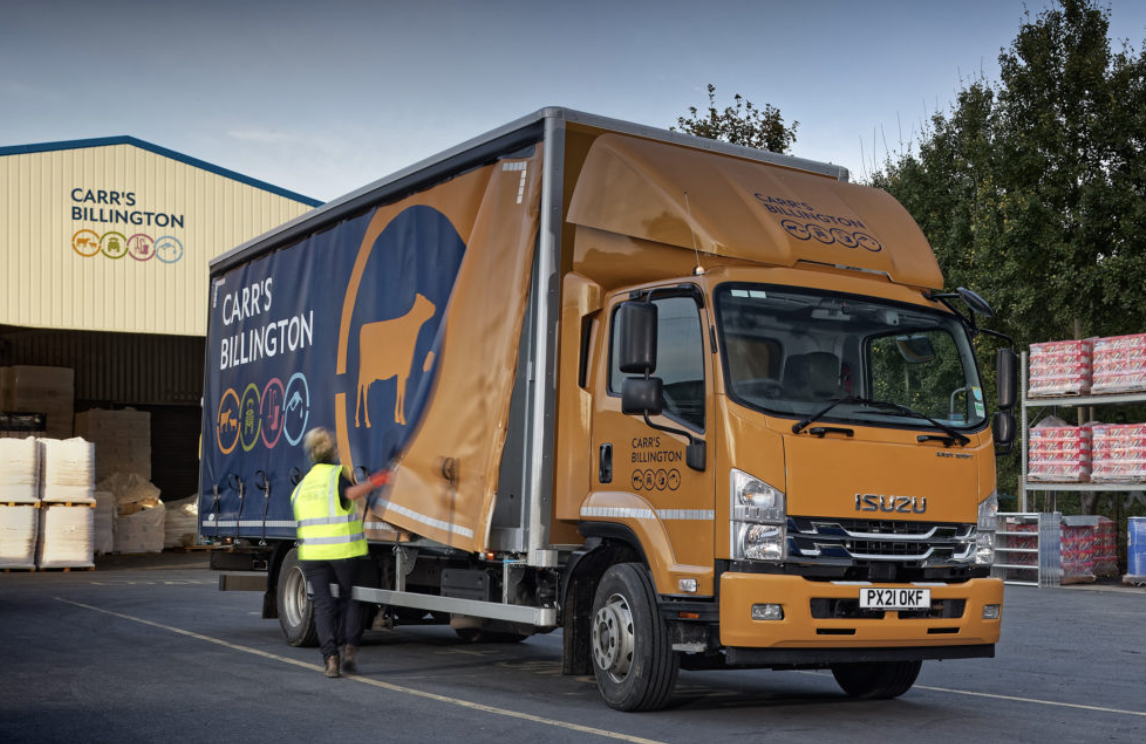 Both vehicles have been supplied by Cumbria Truck Centre and will operate in the company’s fleet for at least seven years, covering 50,000 km per year, working on delivery routes handling from six up to 16 delivery drops per trip.

Carr’s Billington Agriculture is an agricultural supplies company, and currently has 30 Country Stores across Northern England, Scotland and Wales.

The new vehicles, which join the company’s 174-strong HGV and LCV distribution fleet, will work out of its depots at Skipton, Yorkshire and Brecon, mid Wales.

David Wardle from Carr’s Billington Agriculture said: “We are running two 12 tonne vehicles however these are struggling with our payload demands and, although we didn’t want to move up to 18 tonne GVW trucks because of the extra capital and running costs, as well as the increased vehicle footprint, we found the Isuzus at 13.5 tonne to be the ideal vehicle.

“With these Isuzus we can get an extra 1.5 tonne payload, yet the vehicles are the same footprint as the incumbent 12 tonne trucks, which facilitates access along narrow country lanes to farm properties that can often have tight entrances and overhanging branches.”