Ford’s new 5.0-tonne Transit has been deployed as a Protected Personnel Carrier with police forces across the UK, having won a national tender to supply 400 vehicles over the next four years.

The Protected Personnel Carriers (PPCs), also known as riot vans, have been converted to new UK specification by Ford’s Qualified Vehicle Modifying partner, Safeguard SVP, and are capable of carrying up to 10 police officers, or nine if specified with the single-containment cell, which is either fixed or removable. 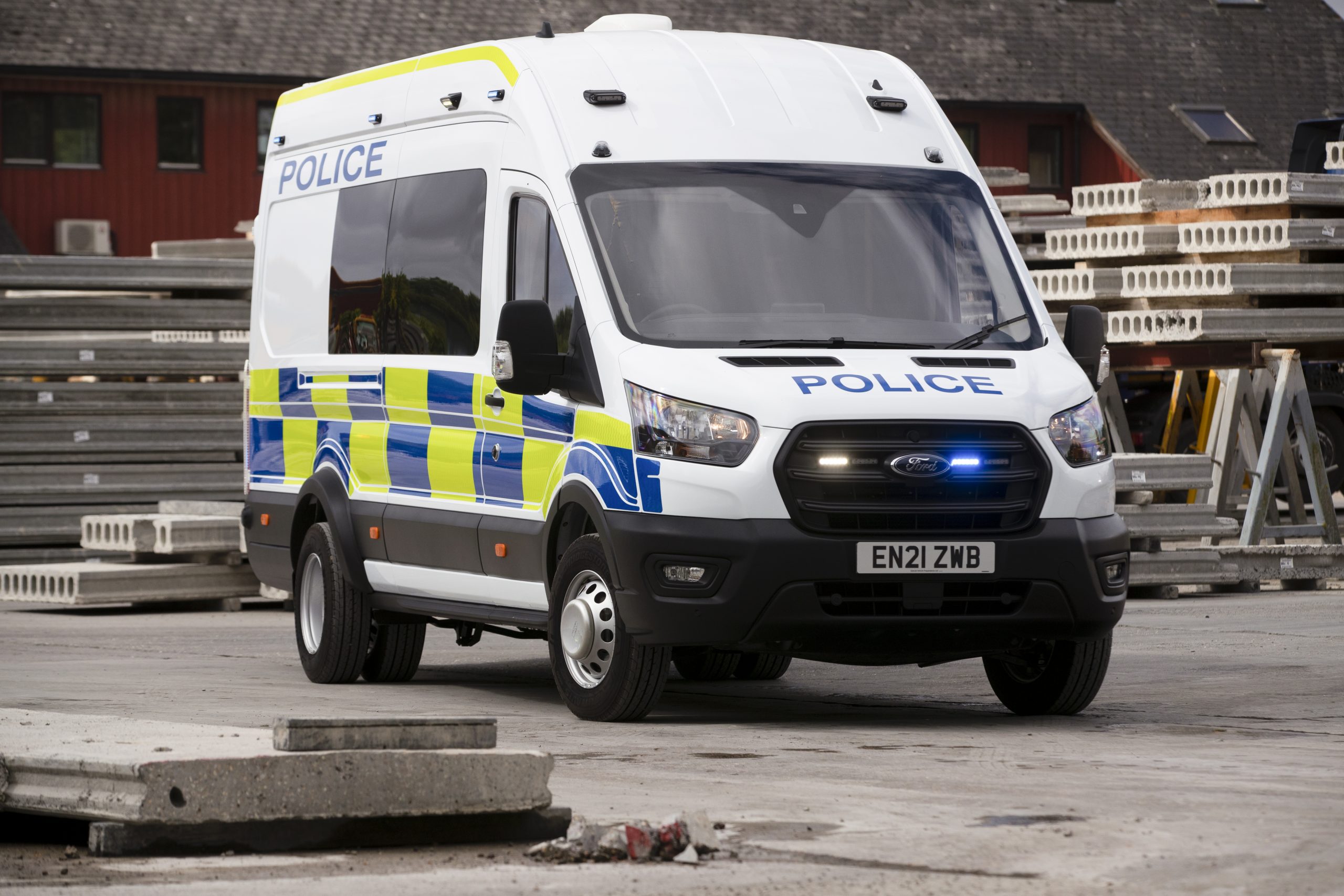 The four-year tender to supply PPC vehicles for all UK police forces was run by BlueLight Commercial Limited, established in 2020 by the Home Office to work in collaboration with blue-light organisations and to support suppliers. This tender is also open to Police Forces of British Overseas Territories, British Sovereign Base Areas and British Crown Dependencies.

The Transit’s new 5.0-tonne payload is the ideal PPC vehicle, which requires additional weight-bearing protection on the roof, underbody and for parts including the fuel tank, radiator and exhaust. These vehicles also feature an under-bonnet fire suppression system and run-flat tyres.

A specialist protective windscreen and side windows helps to protect the occupants of the vehicle if attacked, and mesh guards across the rear light clusters prevents further damage to the vehicle.