Trucks and buses account for a large part of CO2 emissions from the transport sector in Europe. Reducing emissions is one of the major challenges if the Paris Agreement target is to be met, and most agree that electrification is one of the technology solutions that must be employed.

Earlier this year, Volvo Trucks, ABB and Vattenfall, in collaboration with the mining company Kaunis Iron and Wist Last & Buss, conducted a trial in Sweden to test the limits of what is possible.

Would it be possible to replace the normal diesel-driven transport of ore concentrate, i.e. finely ground iron ore, from the iron ore mine in Kaunisvaara to the transshipment station at the Iron Ore Railway Line, with electric trucks? What would be required? And what happens when the temperature drops to minus 30? 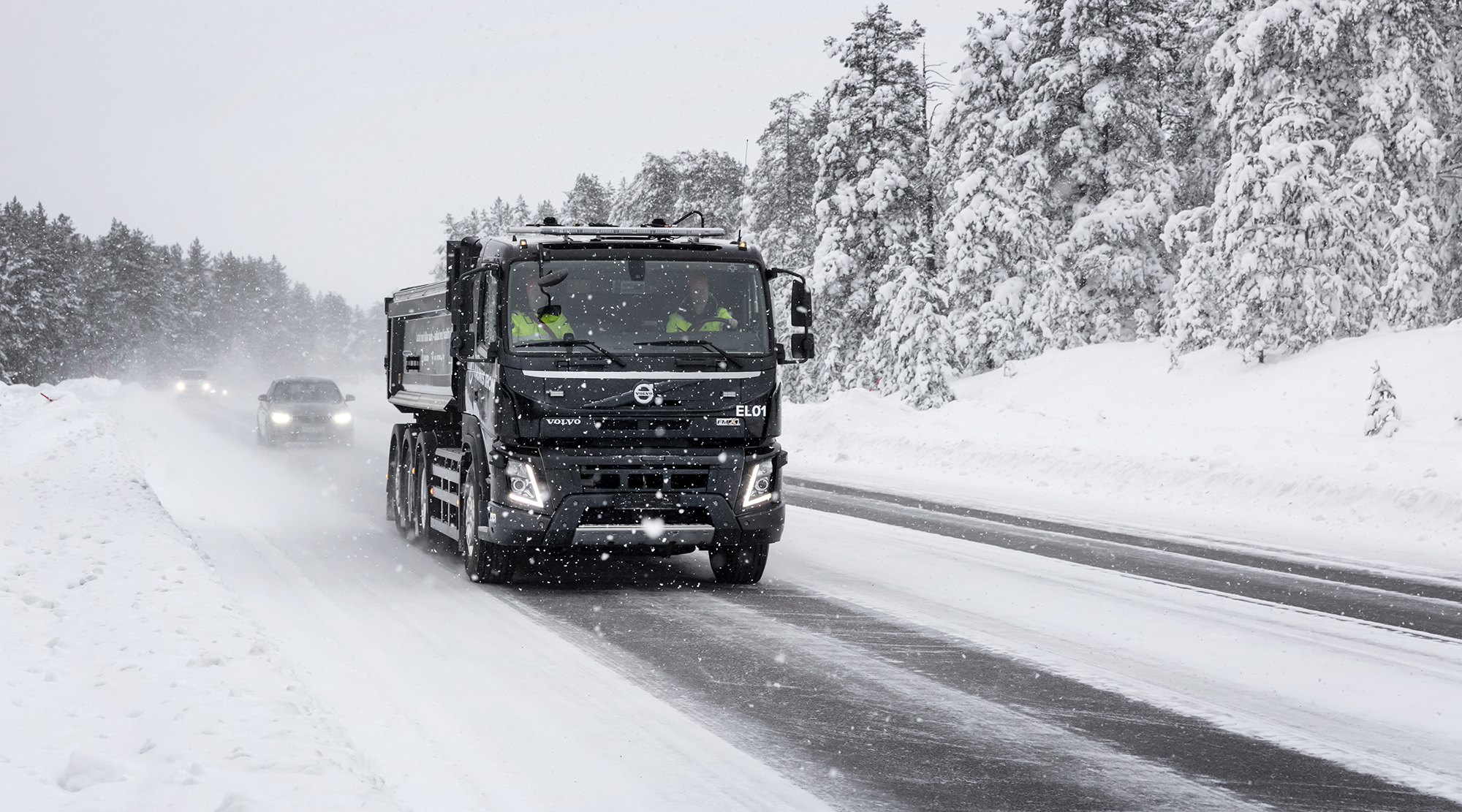 The test started back in February and ran for four weeks. The task was to drive a fully battery-powered Volvo FMX from the home base in Junosuando to the mine in Kaunisvaara and then unload the cargo in Pitkäjärvi where the ore was transferred to the railway for further transport to the Narvik harbour in Norway.

This is a 280km round trip that is normally operated by diesel-powered vehicles.

Vattenfall participated through its service solution Power-as-a-Service, which included installation, operation and ensuring the function of the charging stations. Vattenfall was also the electricity supplier in the project.

Lino Martino, one of the truck drivers who drove the electric vehicle in the polar winter said: “I must say it exceeded expectations. The test proved it works with electricity.

“Even if the charging stops were a drawback, we were able to drive the whole distance, including 140km with 14 tonnes of ore concentrate in the tipper, from the mine to the transshipment station, and then back again.” 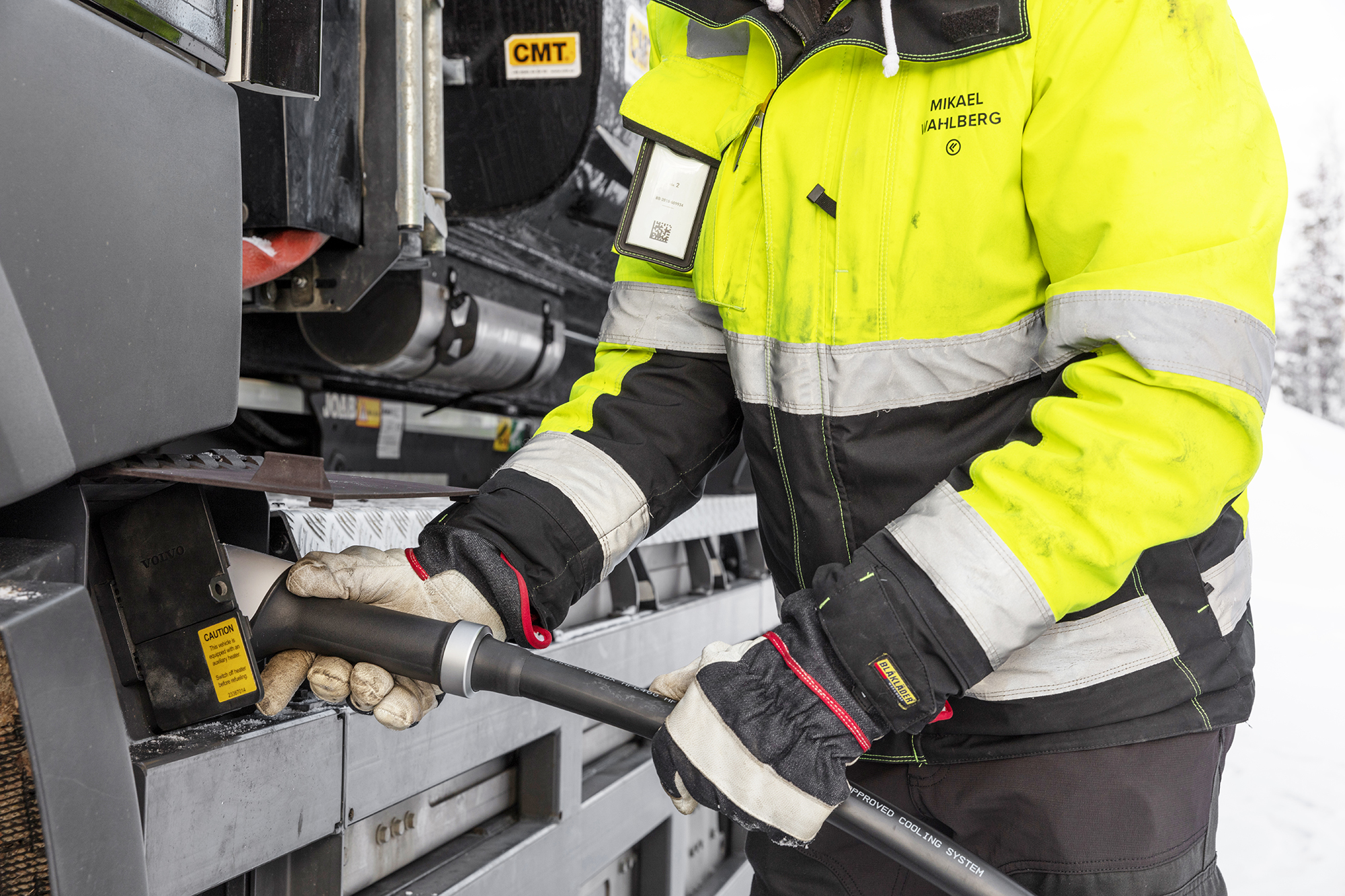 “The electric truck is in many ways similar to the one I normally drive, same type of cab and so on, just even easier to drive, it’s just one button for forward and reverse,” Martino said.

“And this truck is so quiet, you can’t hear the engine. Not even when it’s straining, only the tyres can be heard. And the vibrations are also much less than with a diesel. All in all, it’s a much more pleasant place to work.

“Undoubtedly, there are still challenges that need to be addressed. One of which is the range. The truck’s battery capacity sets the limit, and in this case it was necessary to take a break to charge the truck both at the mine and at the transshipment station to avoid the risk of stopping on the road.”

Although the trial period is now over, Martino said he is certain that electrified transport will take over, “sooner or later”.

“Work is already underway on better batteries and more powerful charging. Up here, the cold is a problem, but there are other technical solutions, for example, overhead lines could be one way forward,” he added.

“And for on-site transports with only short distances, electric power would work perfectly. If we are to realise a fossil-free society, we need electric transport. I’m convinced that the technology will develop in the near future. That’s definitely how things are going.”