Only 400 Edition 2 tractor units are being built, and Elddis chose a 2548 BigSpace version that generates 476 hp. The truck’s ‘retro’ livery mirrors the appearance of Elddis Transport’s trucks in 1971. 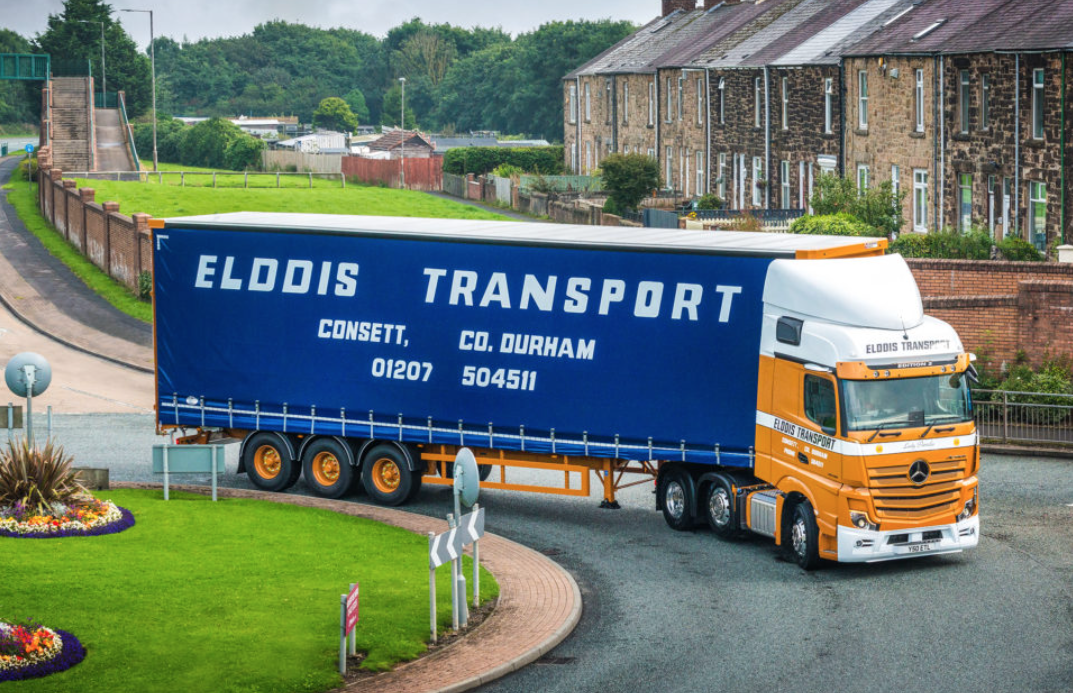 It includes a sliding and tilting sunroof, eight colours of ambient lighting, a driver’s suspension seat that incorporates climate and massage functions, a 900 mm-wide comfort mattress as well as stitched black Nappa leather contrasts with dashboard components in carbon.

The truck’s sun visor incorporates four additional LED headlights, above which is a deep black panel with Edition 2 lettering.

There is also an illuminated Mercedes-Benz three-pointed star in dark chrome, with a black closed cover, stainless steel entrance steps, three more LED headlights behind the cab, and a chassis frame cover.

Nigel Cook, MD, Elddis Transport said: “All of our new Actros look smart but the anniversary unit is amazing.

“This special unit pays fitting tribute to the closeness and quality of our relationships with the manufacturer and its local representative, as well as to our own history and track record in the industry.”