DPD UK has joined forces with the electric vehicle tyre maker Enso to conduct full road trials of an innovative new tyre for commercial EVs, that are designed to reduce air and microplastic pollution.

This trial is a part of Transport for London’s FreightLab Innovation Challenge, which is encouraging innovations that will tackle London’s air pollution and road congestion due to increased freight movement in the Greater London area. 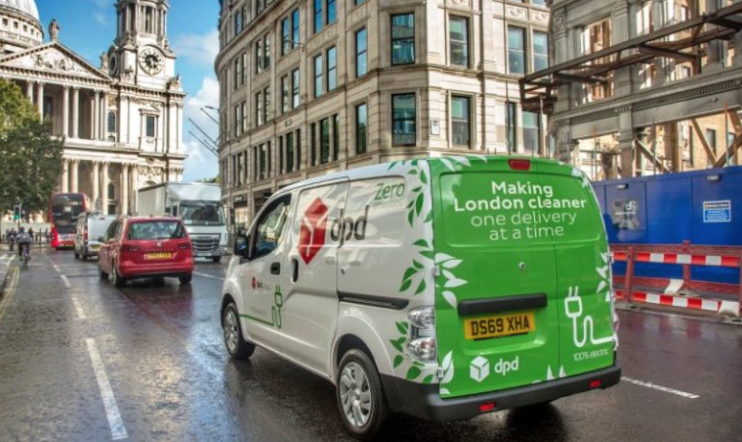 Tyres are largely made of fossil fuels, and as they wear down emit more air pollution than tailpipes with tyre particulate matter (PM) pollution also making up 28 per cent of all primary ocean microplastics. T

yre pollution is an even bigger problem for EVs as their increased weight and torque wears tyres faster, and so EVs often emit more tyre PM pollution than standard vehicles.

London-based Enso is one of the winners of TfL’s London FreightLab Innovation Challenge, and has developed a new tyre that it claims increases EV-range on a single charge, while reducing both air and micro plastic tyre PM pollution.

During the trial with DPD UK, Enso will compare its tyres with industry benchmarks on a fleet of DPD’s Nissan e-NV200 vans, at its all-electric delivery depots – Westminster and Hyde Park – over a nine-month period, measuring improvements in energy-efficiency and tyre durability, against tyre industry benchmarks.