The semi-automated line was commissioned in August 2018 as part of a £7 million expansion to SDC’s existing Northern Ireland base, which would meet additional demand for their robust and reliable trailer range.

The milestone Boxvan trailer was produced for hire and leasing specialist; TIP Trailers Services and is one of over 150,000 manufactured by SDC since the company was established in 1978. 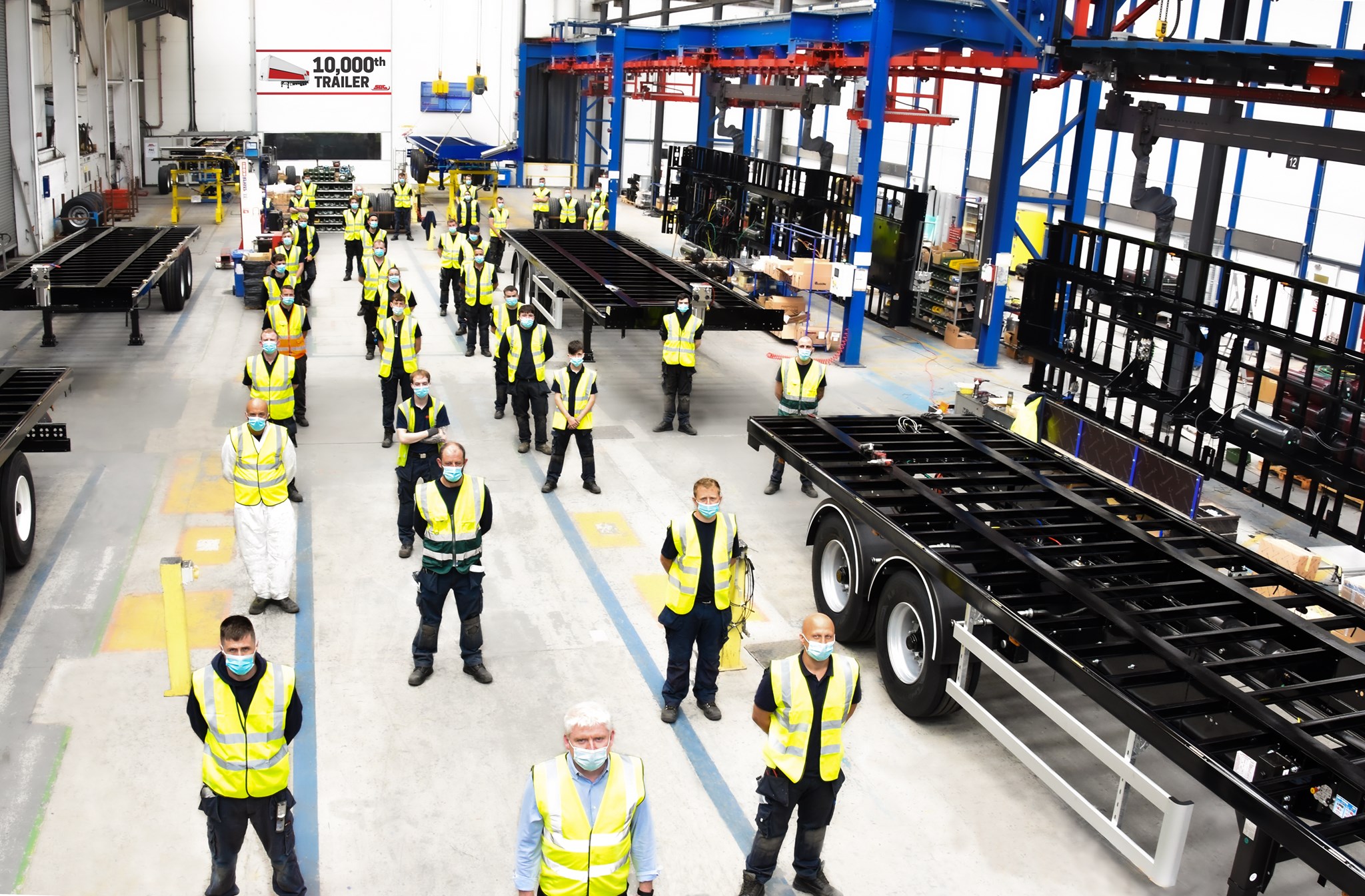 SDC says continued investment has allowed it to meet the demand for locally produced trailers at its four production sites in Toomebridge, Antrim and Mansfield.

Paul Bratton, SDC group president, said: “I am proud to be able to announce that we have reached such a fantastic milestone three years after this facility was opened.

“While technology, innovation and investment have helped us to meet customer demand, it is our loyal, long-serving staff members who have truly shaped the company’s success and the proven reliability of our trailers.

“I would like to thank every member of our team who worked to achieve this 10,000th trailer milestone, they do an incredible job ensuring every trailer engineered is designed and finished to our exacting quality standards.”

SDC Toomebridge production manager, Eoin McErlean, who has been with the company for 35 years, added: “This milestone is testament to SDC’s commitment to producing the leading trailer solutions in the industry and it could not have happened without our production, engineering and R&D teams who have served the leading haulage and logistics providers over the last 43 years.”