Allison Transmission has expanded its range of electric axles with the addition of the eGen Power 100S and 130D e-Axles.

The eGen Power 100S will serve medium and tandem-axle heavy-duty vehicles while the 130D will serve international markets. 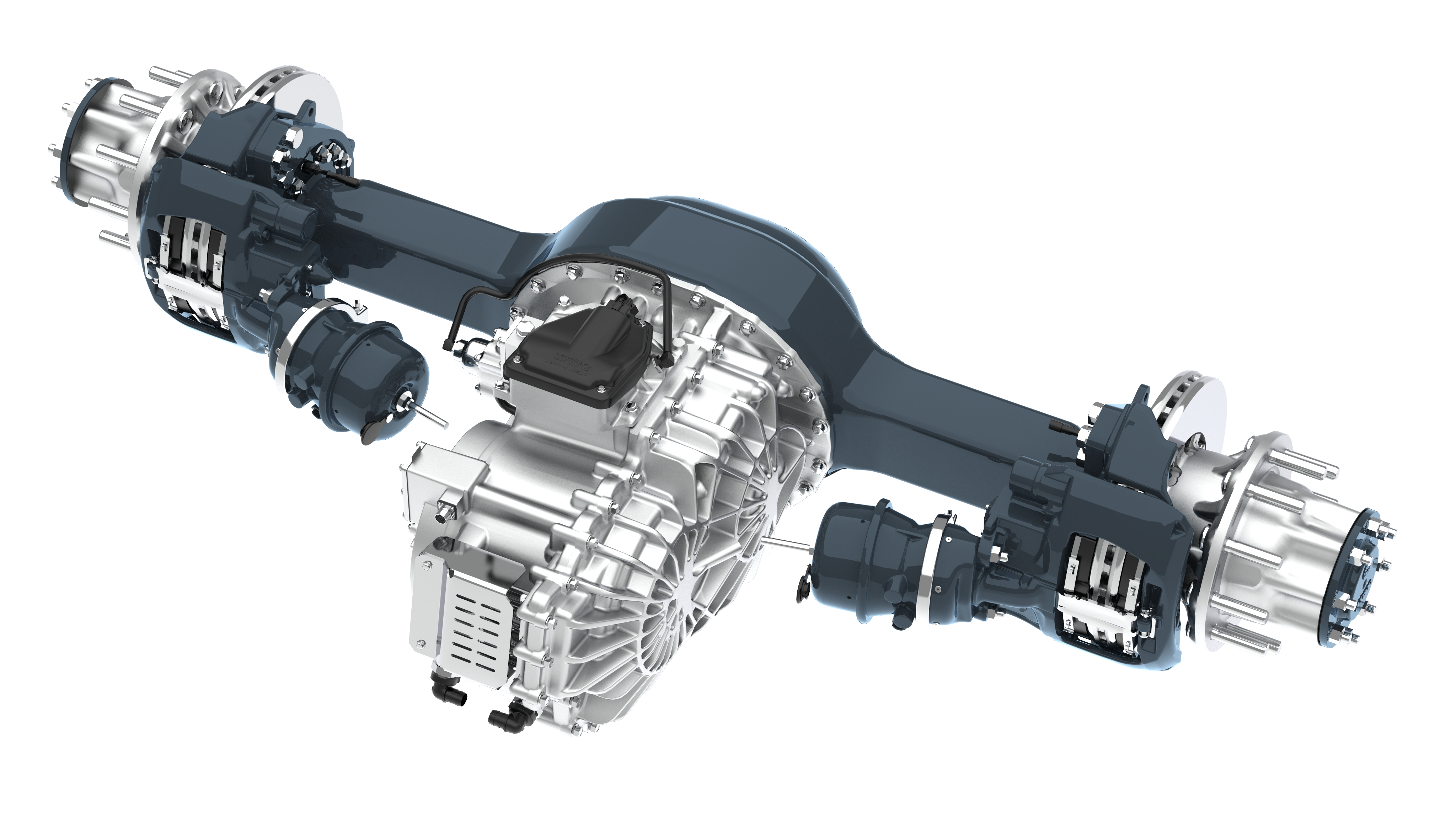 Allison first launched its eGen Power 100D in 2020 and has since spent time stringently validating and where necessary refining the e-Axle with some major OEMs.

This e-Axle features two electric motors, each capable of generating greater than 200 kilowatts of continuous power, with peak combined power of 648 kilowatts.

The eGen Power 100D also integrates a two-speed gearbox within the central housing, enabling the high torque required to get heavy loads moving, while also offering the benefit of superior efficiency at cruise speed.

The eGen Power 100D is capable of supporting up to a 10.4 tonne or 23,000 pound gross axle weight rating and also includes differential lock functionality.

Additionally, Allison has expanded its dual motor offerings to include the eGen Power 130D, a variant of the 100D, specifically designed for the European and Asia Pacific markets, where many commercial vehicles require a heavier 13 tonne gross axle weight rating.

The eGen Power 130D maintains the same core components, performance, and differentiated value as the eGen Power 100D, including the power ratings previously mentioned for the 100D, but with increased axle weight rating capability.

Leveraging core components from the eGen Power 100D such as the motor, inverter and shifting mechanism, the 100S performs in both 4×2 and 6×4 configurations.

The 100S uses a single motor to generate 212 kilowatts of continuous power, with a peak power of 324 kilowatts, and 23,500 newton metres of torque at the wheels.

The 100S expands the eGen Power addressable market to include school bus, medium duty, and heavy duty tractor and straight truck 6×2 and 6×4 applications, including refuse.