Irish Haulier, Goggins Transport Limited is going from strength to strength, having invested further in its fleet of heavy commercial vehicles.

The Galway firm has taken delivery of two new heavy-duty Mercedes-Benz Actros trucks, which, in addition to the four delivered earlier this year, bring to over 70 the number of Mercedes-Benz trucks now operating from its depots. 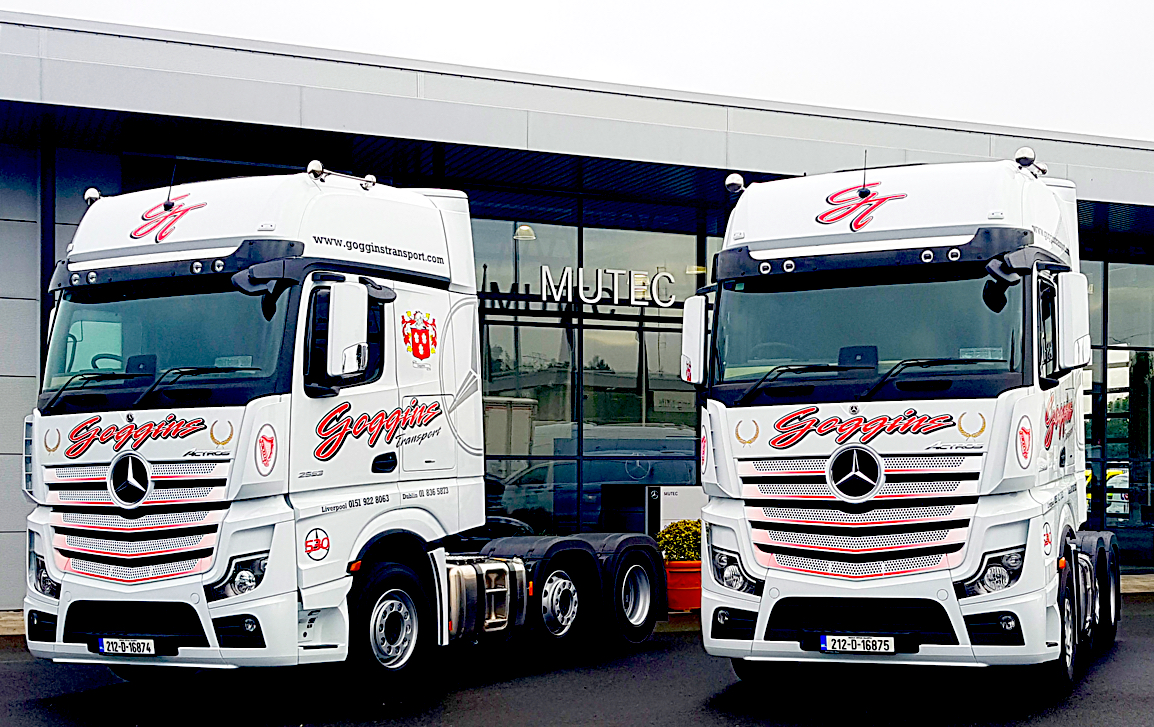