The new trailers are uniquely striking with livery, which differs across the new fleet, representing differing brands from one of the UK’s leading pet food and healthcare supplier. 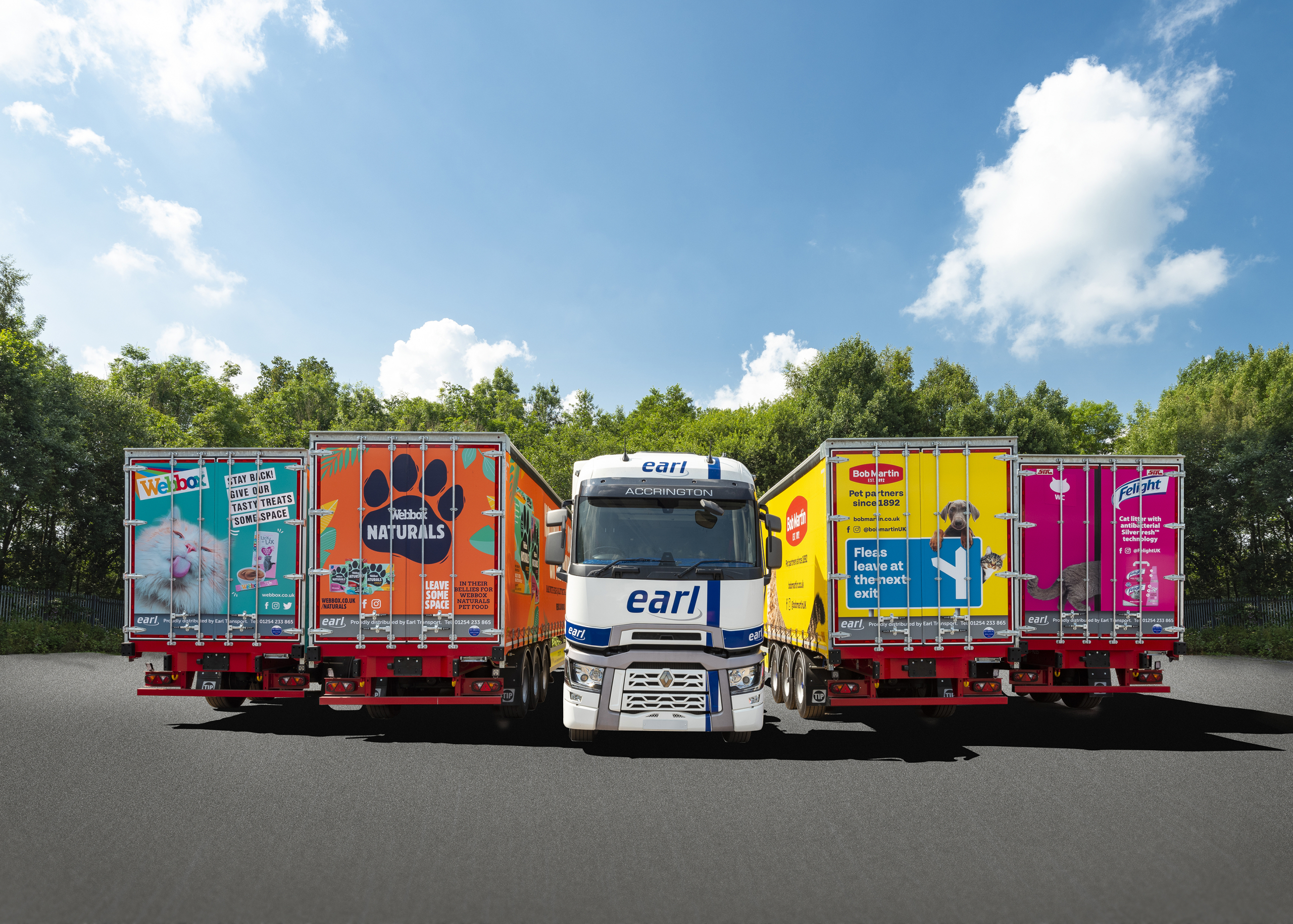 The 14 new additions will operate alongside 10 trailers already in fleet from the Pets Choice distribution centre in Blackburn.

Supplied to Earl Transport on a long-term arrangement, and including full repair and maintenance from TIP’s Nelson branch, the 14 new assets will be added to the fleet of Pets Choice in response to a growth in their business over the last year or so.

The relationship with Earl Transport goes back more than 20 years, with the north-west haulier initially dealing with Bell Trailers, which was subsequently acquired by TIP.

In choosing TIP as its trailer provider, Earl Transport acknowledged that the relationship between the two businesses suits their operation and that of the ultimate customer Pets Choice.