Northern Ireland-based Allen Logistics has turned once again to Mercedes-Benz for the latest additions to its fleet.

The operator’s two new Actros tractor units – its first to be equipped with MirrorCam technology – are working between its headquarters in Craigavon, Co. Armagh, and a depot in Lutterworth, Leicestershire.

Meanwhile, the pre-owned 18-tonne Actros which it purchased shortly afterwards is assigned to palletised distribution, and working primarily within an hour’s drive of base.

The family-owned business says that roughly two-thirds of its fleet are currently Mercedes-Benz vehicles. 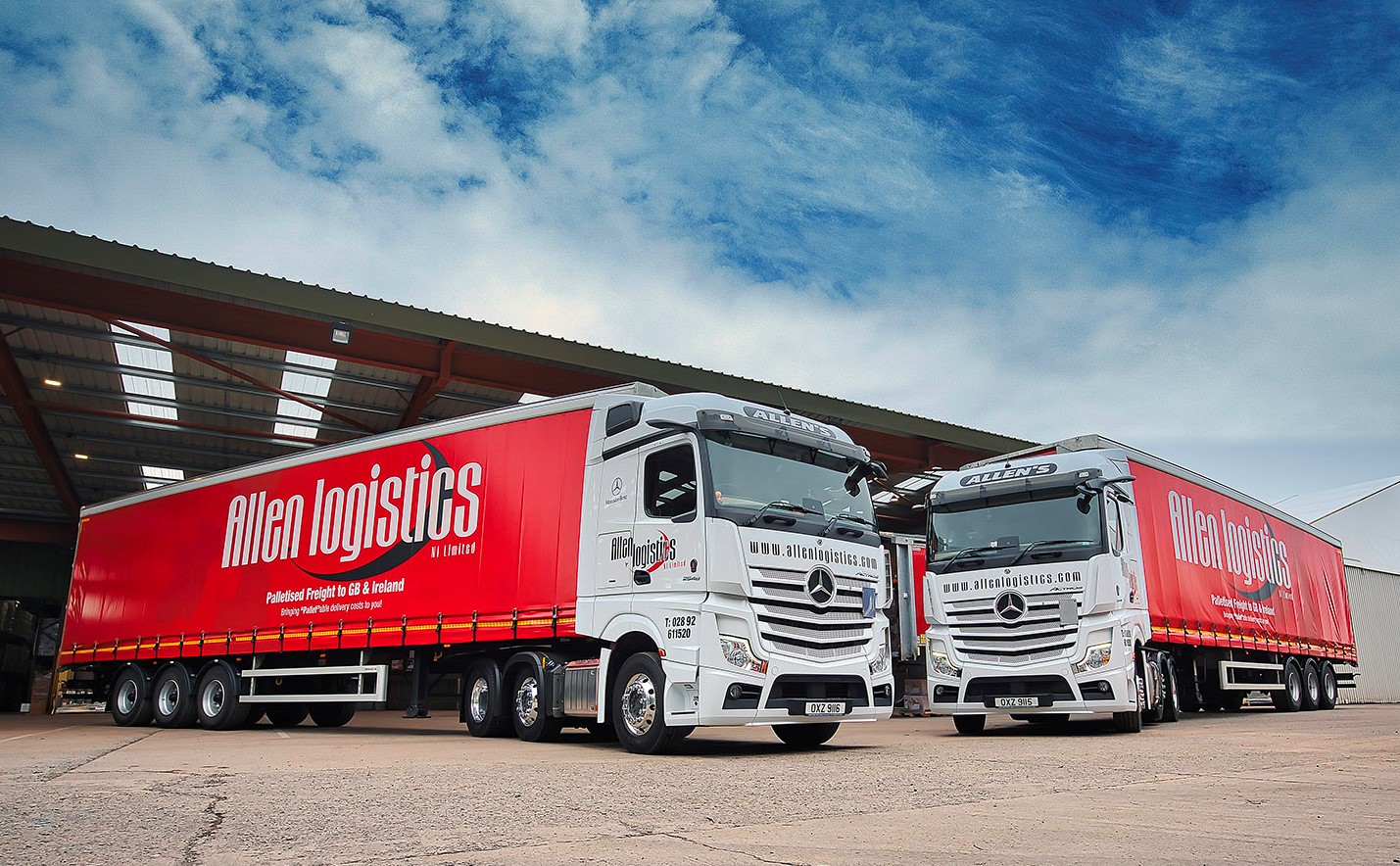 Acquired with competitive funding support from Mercedes-Benz Finance, the Actros have replaced vehicles by another brand. They leave Belfast each Sunday night bound for Birkenhead, then Lutterworth. Through the week they run trailers between the depot and port, before returning to Northern Ireland on Friday nights.

Allen Logistics managing director James Allen said: “We favour Mercedes-Benz trucks for their ‘bulletproof’ reliability and attractive whole-life costs of operation. The new units are performing well in terms of fuel-efficiency and the drivers are very happy with them.

“They like their comfortable cabs and the smart new dash layout. They also needed very little time to get used to the MirrorCam system, which we were keen to introduce to the fleet because of the safety benefits it offers. Not only does this impressive technology provide improved rear vision, but it also eliminates the forward-facing blind spots caused by mirrors.”