CaetanoBus and Toyota have together announced the co-branding of the battery electric city bus, the e.City Gold, and the fuel cell electric bus, the H2.City Gold. 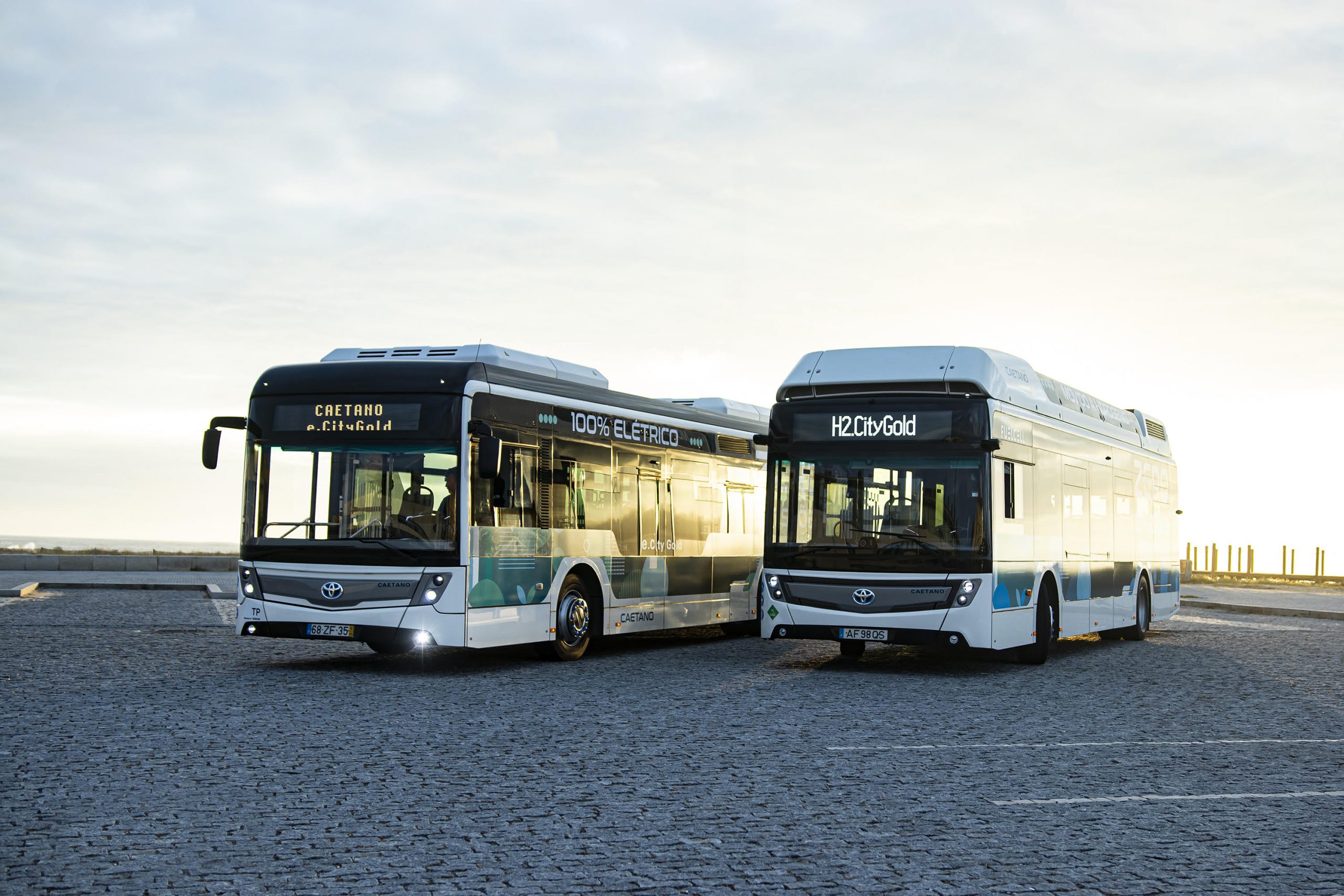 Since 2019, Toyota Motor Europe (TME) has integrated Toyota’s fuel cell technology, including fuel cell stacks, hydrogen tanks and other key components, into the hydrogen city buses manufactured by CaetanoBus. More recently, in December 2020, Toyota Caetano Portugal (TCAP) became the direct shareholder of CaetanoBus to support rapid expansion from its core bus business into the development and sales of zero-emission buses.

The H2.City Gold is the CaetanoBus’ hydrogen powered electric bus using Toyota’s fuel cell system. In November 2020, members of the Hydrogen Mobility Ireland group, Toyota Ireland, DCU, CIE, Bus Eireann, Dublin Bus, BOC and ESB came together with CaetanoBus and the Department of Transport to introduce the first trial of a Caetano fuel cell bus to Ireland. The trial tested the revolutionary, sustainable technology in a working environment for a period of six weeks on Irish roads. 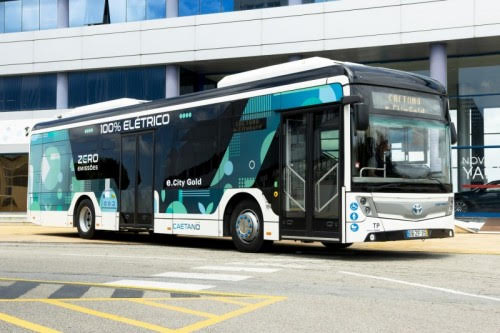 The city bus has a range of 400km and can be refuelled in under 9 minutes. This vehicle showcases both companies’ complementary technologies and engineering capabilities and highlights the true alignment towards decarbonisation for both organisations. It represents the first step in the co-branding strategy, which also includes the e.City Gold 100% electric bus. At the heart of the co-branding is a change of the vehicle badging to include both “Caetano” and “Toyota” logos, acknowledging Toyota’s strong visual recognition amongst European customers.

Zoe Bradley, Head of Marketing Communications, Toyota Ireland commented on the announcement: “Toyota is committed to decarbonising transport in Ireland and we believe that through all of our collective efforts we can achieve this. We are passionate about new innovations in alternative fuel technologies, such as Toyota’s Fuel Cell technology, which is a powerful tool in climate action and allows us to move closer to a carbon-free environment.

Through our partnership and co-branding with CaetanoBus this further showcases the importance we an organisation place on developing zero-emission mobility beyond cars and believe it is a next step on the road to carbon neutrality, so that we can create a better world for future generations.”