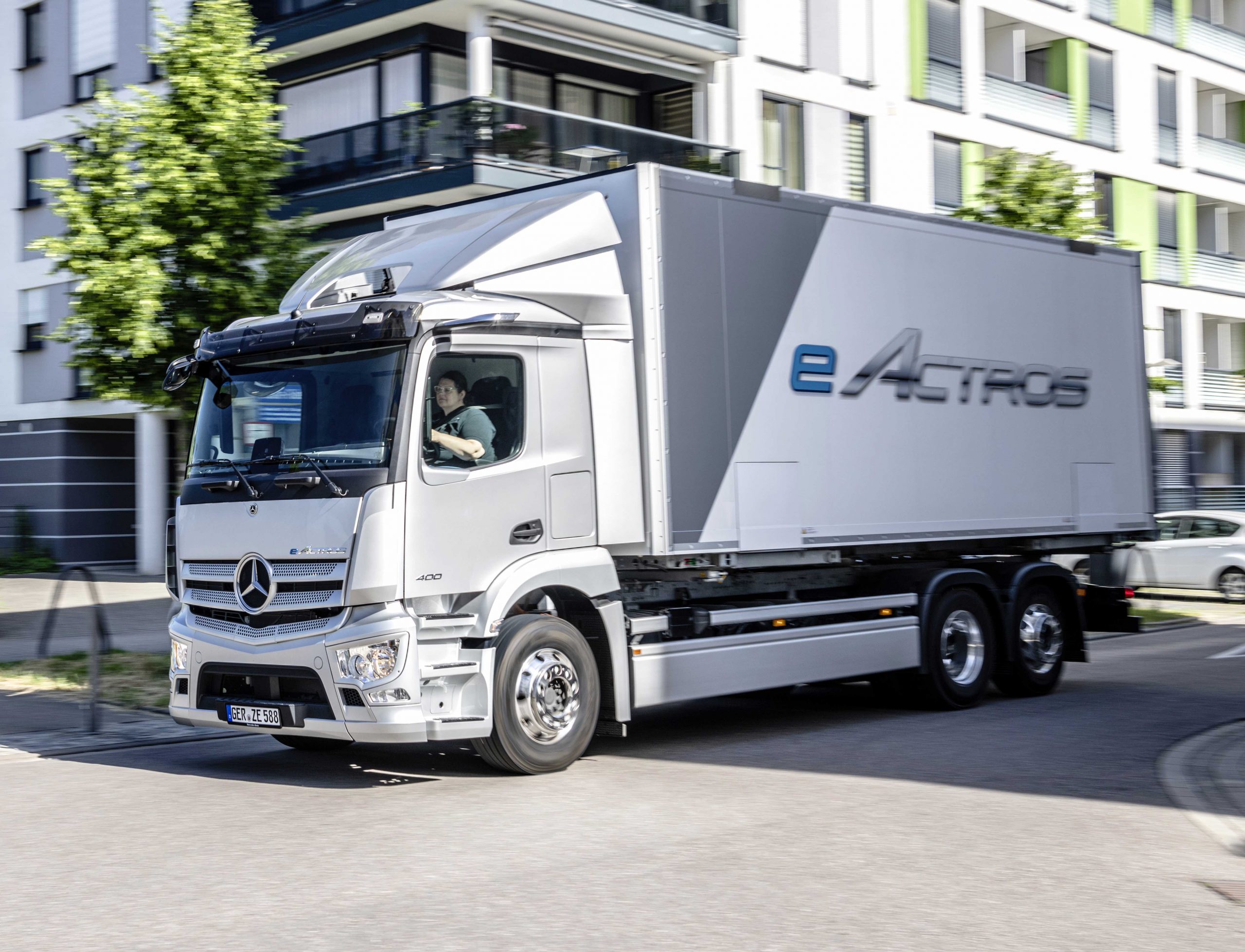 It promises a 250-mile range and will be in production this autumn. Mercedes-Benz Trucks targets being switched to electrically powered trucks only in Europe by 2039.

Paralleling the ground-breaking work being done by the German manufacturer in the field of hydrogen-based fuel-cell technologies, the new eActros is intended primarily for heavy-duty short-radius distribution. Its introduction forms part of a major swing by Mercedes-Benz Trucks towards eMobility, CO2-neutral transport and the development of alternative energy vehicles.

First presented in 2018, the eActros has undergone intensive customer testing and phase one series production is planned for later this year. 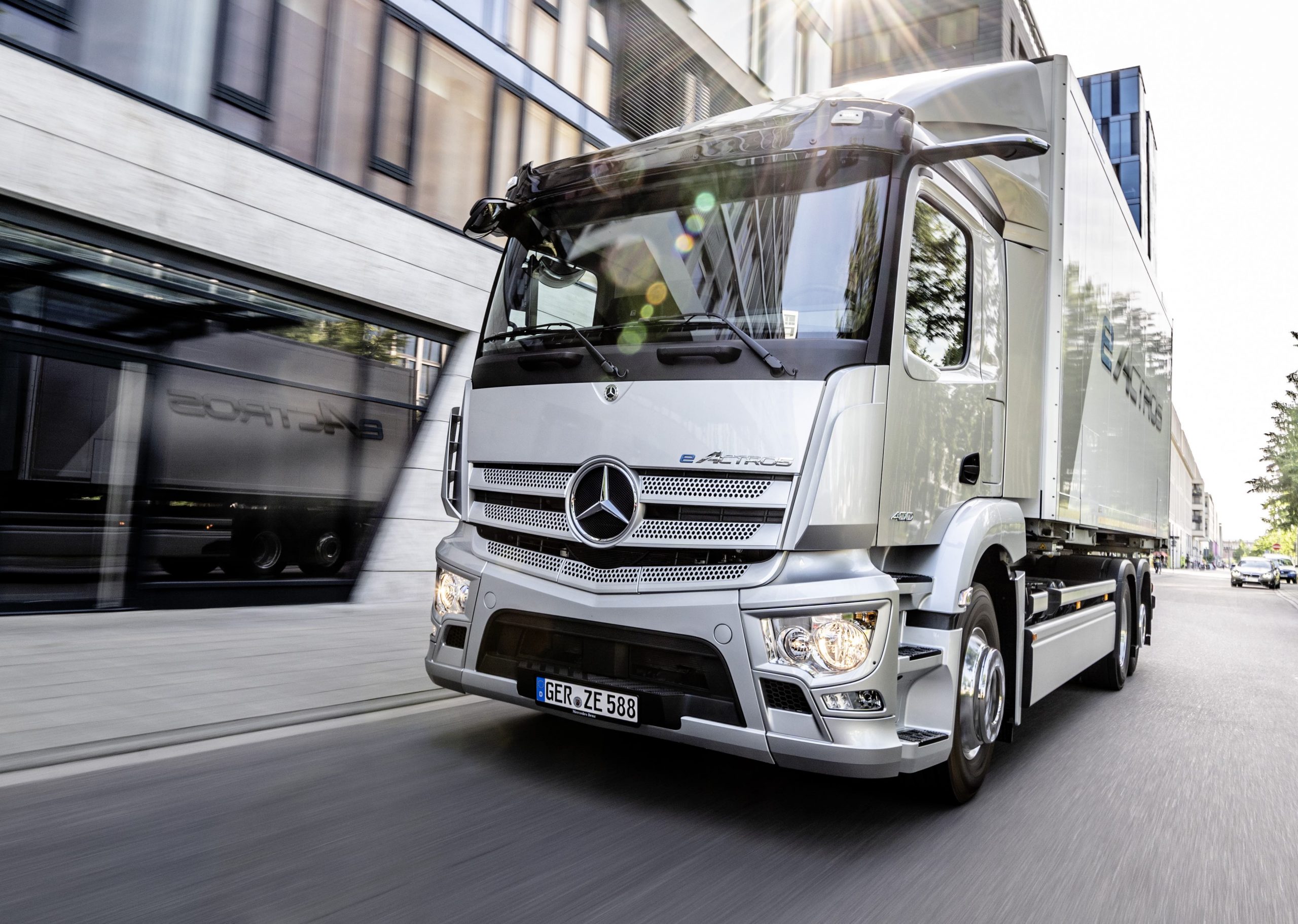 Welcoming its introduction, which heralds a new era for the German manufacturer as the first series-produced electric truck to bear the three-pointed star, Mercedes-Benz commercial vehicle sales manager in Ireland, Fergus Conheady views eActros ‘as yet another example of the work being done by Mercedes-Benz to maintain the position of Actros as a leading innovator in the field of heavy commercial vehicle development’.

According to Mercedes-Benz, the battery of the eActros series-production model is equipped with either three or four battery packs, each with an energy capacity of around 105kW/h. Positioned beneath the frame, within a protective aluminium housing, they produce a total capacity of 315 or 420 kW respectively, the latter providing a promised range of up to 400 kilometres.

With a charging capacity of up to 160 kW, when connected to a regular 400A DC charging station, the three battery packs need little more than an hour to charge from 20 to 80 per cent.

The technological centrepiece of the eActros is its drive unit – a rigid electric axle with two integrated electric motors and two-speed transmission. Both liquid-cooled, the motors generate a continuous output of 330 kW and a top performance of 400 kW.

Available as a two or three-axle truck with 19 or 27 tonnes permissible gross weight, its quiet drivetrain makes it suitable for night-time deliveries – easing strain on road networks during peak times.

At the launch today, it announced that mongst its numerous other features are Interactive Multimedia Cockpit, Fleetboard management system and access to the eConsulting team at Mercedes-Benz Trucks. Safety is enhanced through an external Acoustic Vehicle Alerting System (AVAS), providing warning noises to pedestrians and cyclists, Sideguard Assist – which uses MirrorCam display in place of regular main and wide-angle mirrors – and fifth-generation Active Brake Assist emergency braking system with pedestrian recognition, all fitted as standard.

Making the fleet switch to electric easier
Mercedes-Benz Trucks has introduced a range of digital solutions to increase utilisation of the vehicle and to optimise the total cost of ownership. These are designed to assist fleets in making the switch to electric.

The Fleetboard portal’s digital solutions also assists fleet managers to control their fleet. This includes features such as an individually developed ‘Charge Management System’ for creating charging profiles, and a log-book containing all the details about driving times, charging breaks and other downtimes.

There is also a mapping tool to monitor the vehicle’s location in real-time, if it is being driven, being charged or parked. It also gives the current battery charge level.