Built in Northern Ireland by Wrightbus, each bus costs €800,000 and will operate on Bus Éireann services between Dublin and Ratoath, Co Meath. 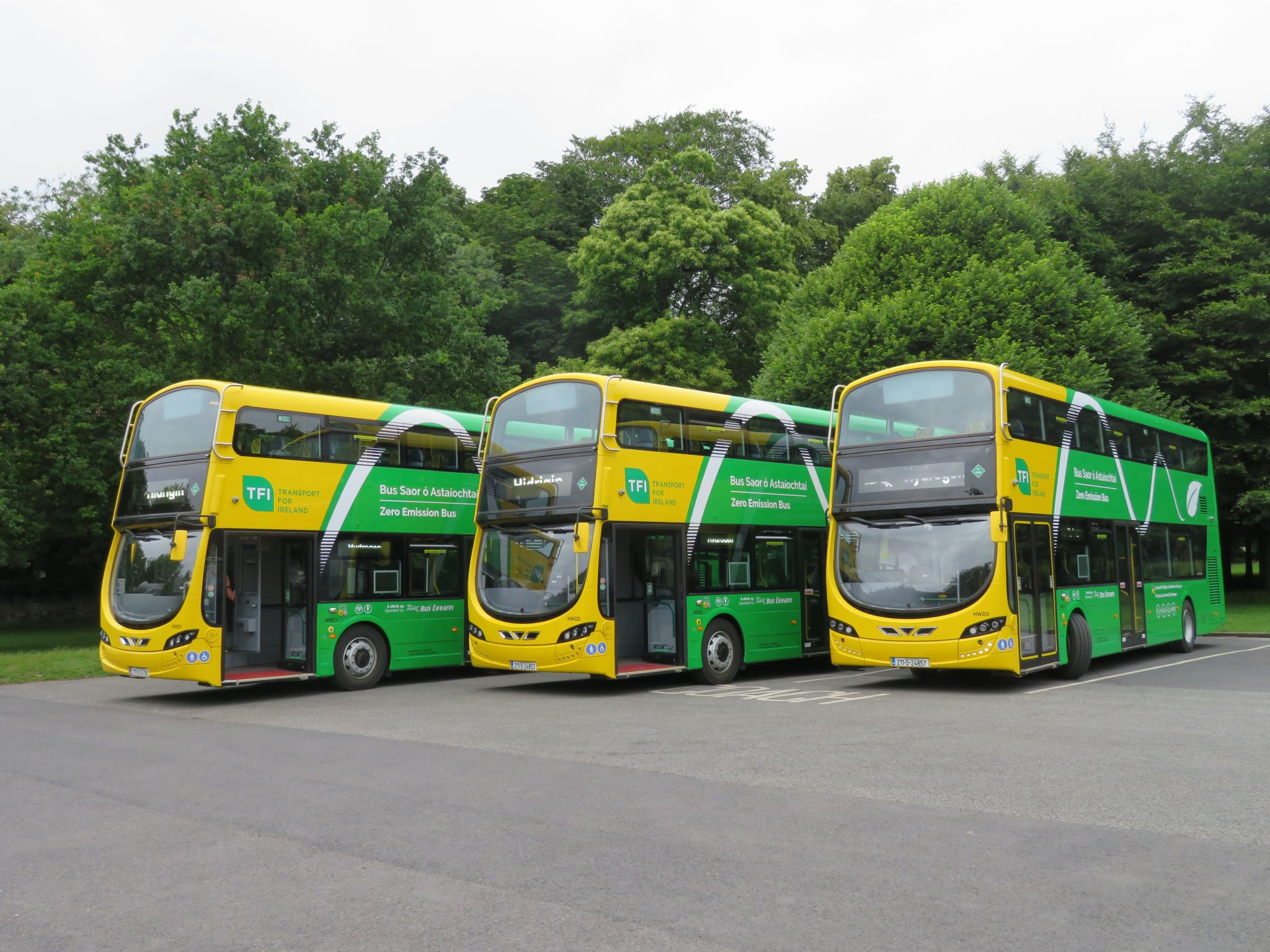 The vehicles were recently purchased by the National Transport Authority (NTA) and are three of only 4,200 hydrogen buses currently world-wide.

Each bus can accommodate up to 79 passengers within its overall length of 11.5 metres.

They use a hydrogen fuel cell to generate their own electricity while in transit which is then stored in on-board batteries.

That way they can keep going for up to 400km, operating silently. Water is all that comes of the tail pipe and refueling with hydrogen only takes minutes.

Hydrogen for the buses will initially be supplied by BOC Gases Ireland, with refueling being effected at its Bluebell facility on the Naas Road in Dublin.

Maintenance of the buses will initially be undertaken by Municipal and Utilities Truck Equipment Company (MUTEC), on behalf of Wrightbus, at their facility on the Longmile Road in Dublin.

Minister for Transport Eamon Ryan TD said reducing carbon emissions from transport is critical to reaching the country’s climate goals and will also improve air quality for all.

“Other technologies such as battery-electric, are very well suited to bus services in urban areas, but on longer commuter and inter-urban routes, hydrogen fuel cell technology is an innovative zero pipe emission alternative to diesel,” Minister Ryan said.

“I’m especially pleased that the Wrightbus Streetdeck, which is the first such bus in the world, is assembled in Northern Ireland and that Bus Eireann are piloting these buses on their commuter route between Dublin to Ratoath.”

Bus Éireann has already trained 15 of its drivers to operate the new buses and is embarking on a transformation process for its 300-strong engineering workforce.

It is working to introduce the necessary skills and infrastructure at its 17 depots to move from an entirely diesel-fuelled internal combustion engine fleet of 1,170 vehicles to one with a mix of zero and low emission buses.

“We are at the start of an exciting engineering journey to transition the Bus Éireann fleet from diesel to zero emission battery electric and hydrogen fuel cell technologies and have to acknowledge my brilliant team of highly professional engineers.”