The first fleet of hydrogen fuel cell-powered double-decker buses in England have hit the road.

The 20 hydrogen double-deckers, manufactured by Wrightbus in Northern Ireland, will join more 500 electric buses already on the fleet, and will first see service on route 7 between East Acton and Oxford Circus. 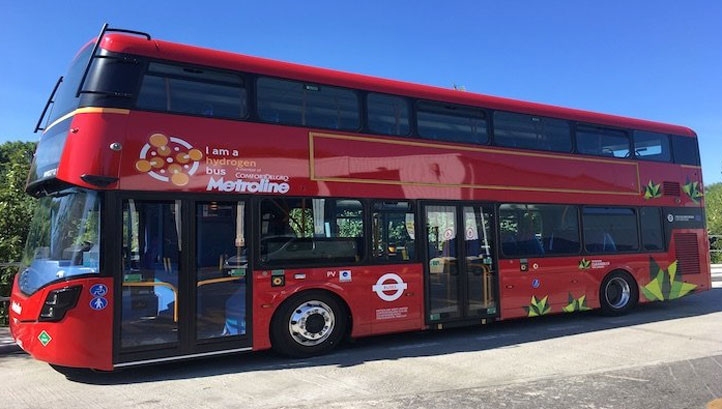 A new hydrogen fuelling station at Metroline’s Perivale depot built by Danish engineering firm Nel Hydrogen will top-up each bus, a process that takes as little as five minutes and will be needed just once per day, making them well suited to longer routes.

The hydrogen is currently produced at Air Liquide’s plant in Runcorn, where waste hydrogen from an industrial chlor-alkali plant is captured, before being transported by Oxford-based Ryze Hydrogen to the refuelling station.

From 2023, the hydrogen will be produced by electrolysis powered directly from an off-shore windfarm.

The buses manufactured by Wrightbus use gas cylinders produced by Luxfer in Nottingham. Its CEO, Buta Atwal, said: “At Wrightbus, we’re incredibly proud to be launching our world-first zero emission hydrogen double deckers onto the streets of London to help turn its iconic red buses green.

“We hope that other cities around the country will follow London’s lead and help us in our ambition to decarbonise public transport and improve air quality.”