The company says it aims to introduce up to 100 new parts every month. All new parts are rigorously tested before they become part of the febi range, to ensure they measure up to the exacting standards required.

febi says only after undergoing several stages of testing, and quality management, will new parts become available to the market.

New to range parts include: 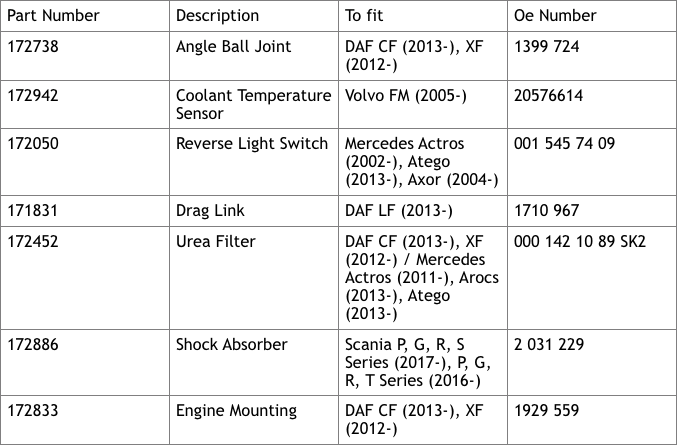