Bosch is to supply its fuel-cell components to ‘cellcentric’, a joint venture between Daimler Truck AG and Volvo Group AB.

The air compressor will be part of the cellcentric fuel-cell system that will feature in heavy trucks and stationary applications in the future, with large-scale production is set to begin from around 2025. 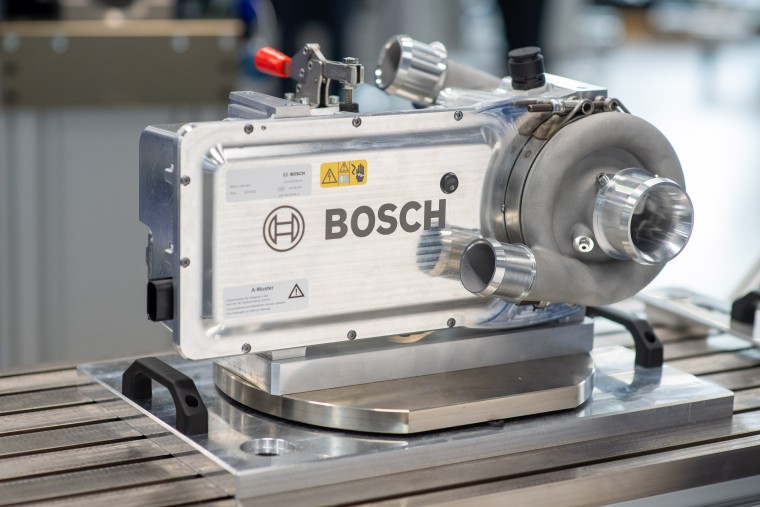 In fuel cells, hydrogen reacts with atmospheric oxygen to produce electrical energy as well as water and heat. Running a fuel-cell powertrain on hydrogen that is green – in other words, produced using renewable energy – makes the vehicle climate neutral.

As the electric air compressor supplies the required amount of filtered air, it is one of the core components of a fuel-cell system.

“Bosch is devoting a huge effort to developing this component. For example, we have 15 cross-divisional teams working to commercialize the electric air compressor,” says Dr. Uwe Gackstatter, president of the Bosch Powertrain Solutions division.

The company says that hydrogen has a bright future as an energy carrier, and is making considerable upfront investments in this area.

From now until 2024, Bosch plans to invest around €600 million in mobile fuel-cell applications and a further €400 million in stationary ones for the generation of electricity and heat.