Baz Ashmawy (pictured below) will shortly be returning to Irish television screens for a second season of ‘DIY SOS: The Big Build’.

Once again, the popular TV presenter will retain the backing of Mercedes-Benz after its commercial vehicle division confirmed its continued support for the forthcoming series, produced by Dublin-based Motive Television and screened on RTÉ ONE. 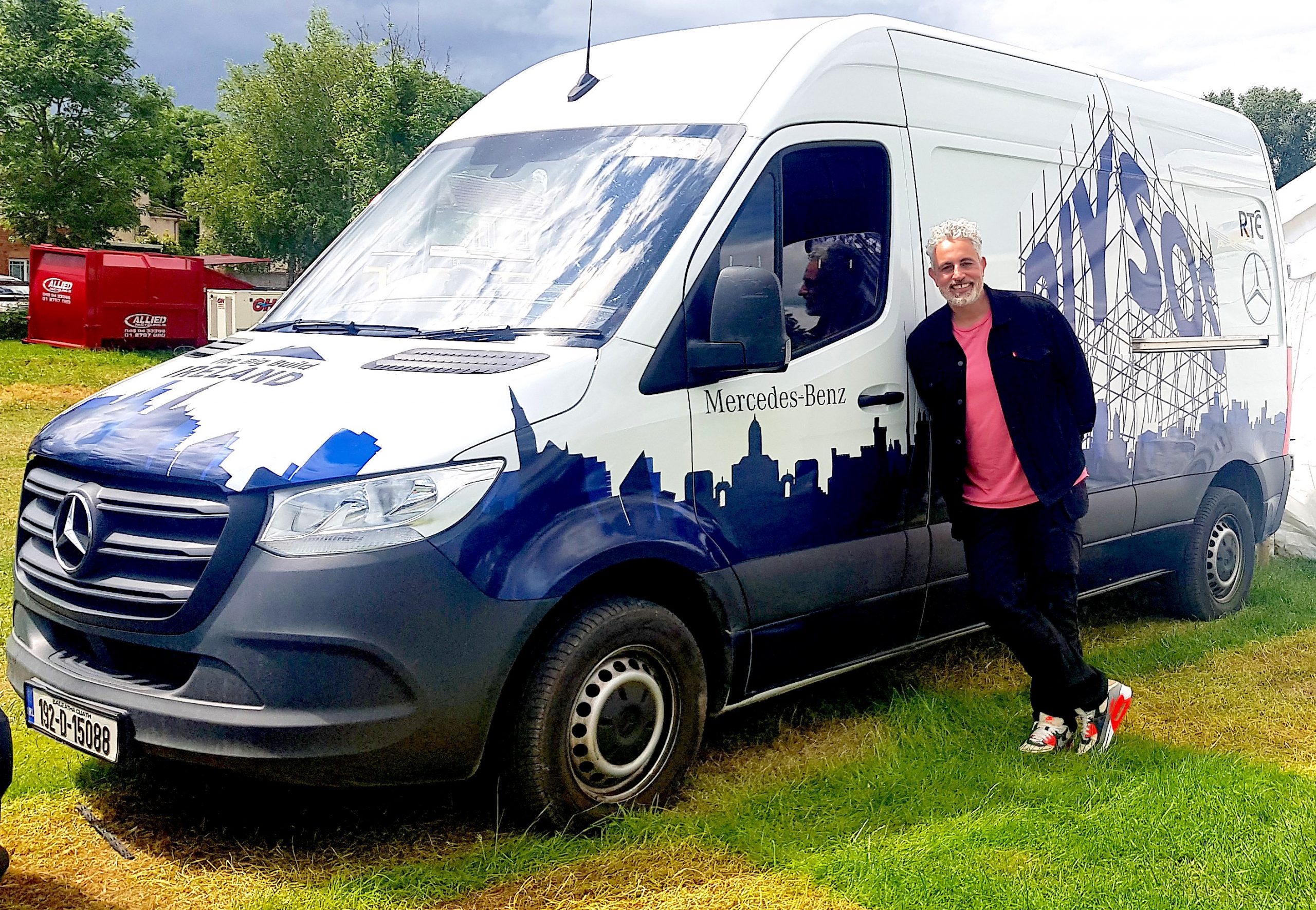 As with the first season, which aired last Autumn, Mercedes-Benz will continue to supply the production team with two vans for the duration of filming – a Vito 109L and a Sprinter 311.39.

Throughout the show, both units will be put through their paces transporting building materials, site volunteers, trades people, filming equipment and production team personnel.

Describing the series as ‘a hugely worthy undertaking,’ Mercedes-Benz commercial vehicles sales manager, Fergus Conheady said: “DIY SOS is a project we are proud to support and one that will bring great benefit to those who most need it.”