Royal Mail has added 29 new Iveco Stralis NP 460 low emission trucks fuelled by Bio-Compressed Natural Gas (Bio-CNG) to its fleet. The company originally added two permanent Bio-CNG trucks to its fleet in 2019, since when it is estimated that they have saved approximately 107 tonnes of CO2 annually. 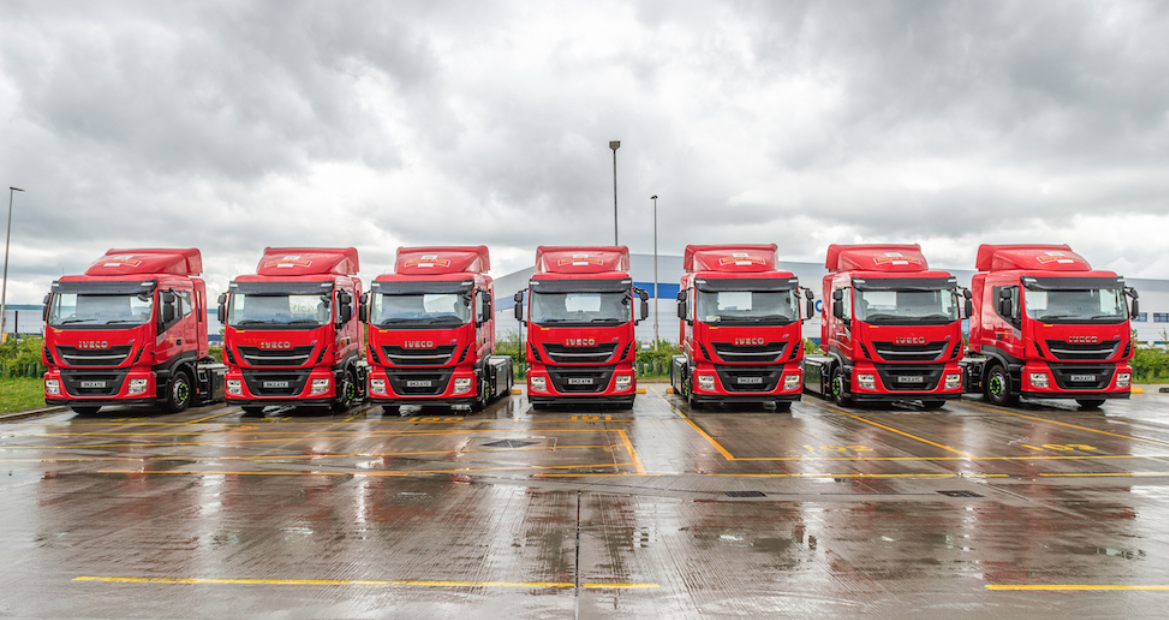 The 40-tonne trucks will join the company’s fleet in the north west over the coming weeks and can travel up to 400 miles a tank. They will operate out of depots in Warrington, Chorley and Preston, which have local refuelling stations. Royal Mail already claims to have the lowest reported CO2 emissions per parcel among UK delivery companies, and Bio-CNG can reduce vehicle CO2 emissions by up to 84 per cent when compared to diesel, and particulate matter by 99 per cent.

James Baker, Royal Mail chief engineer and fleet director, said: “As a company, we are committed to making changes to our operations that reduce our environmental impact. Bio-CNG is a significantly more cost effective and lower carbon alternative fuel to diesel for HGVs. These vehicles enable us to deliver large payloads of parcels in the most environmentally-friendly way possible.”

CNG Fuels already operates six refuelling stations across the UK and will have 14 further stations by the end of 2022, supported by £80 million of funding from a new partnership with Foresight Group. This will include the world’s largest biomethane refuelling station at Avonmouth, near Bristol, where construction has now begun with a view to opening commercially by the end of the year.