Opel has unveiled their Vivaro-e Hydrogen van. It says that there are no compromises, with this new, electrically powered light commercial vehicle. 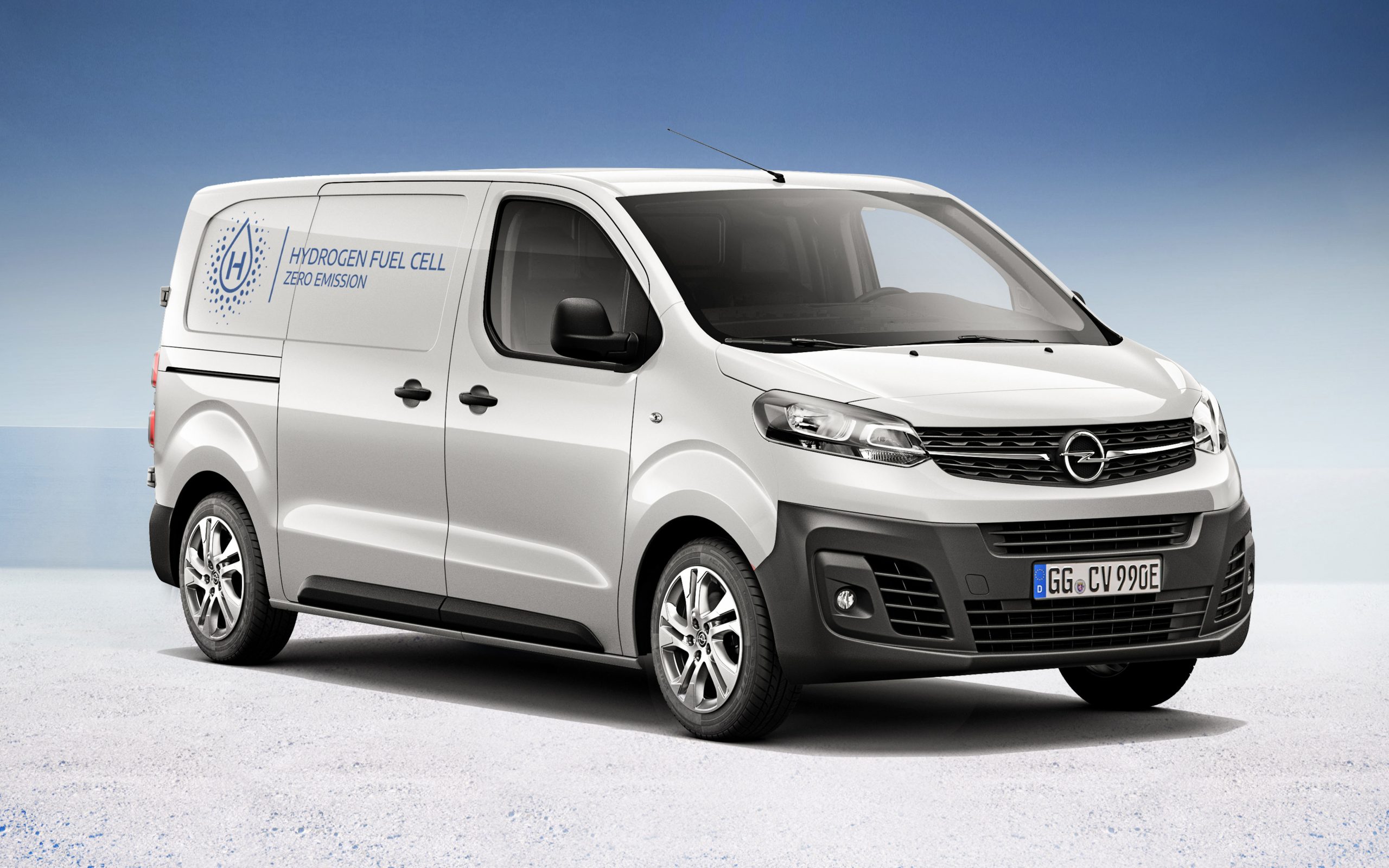 In addition to offering a claimed range of 400kms, it also delivers zero emission mobility for customers and it can be refuelled within minutes.

The German brand plans to start delivering the first vehicles to fleet customers in the autumn.

With the fuel cell system located in the engine bay and hydrogen tanks replacing the battery, the plug-in fuel cell electric vehicle (FCEV) boasts up to 6.1 cubic metres of cargo capacity, the same as the diesel or battery electric versions of the Vivaro.

Refuelling takes minutes, about the same time needed to fill up a conventional diesel or petrol car. With a range of more than 400km (WLTP), Opel will offer the Vivaro-e Hygrogen in lengths of 4.95 and 5.30 metres.

“Hydrogen could be the central element of an integrated and efficient energy system of the future, free of fossil fuels”, says Opel CEO, Michael Lohscheller. “At Opel, we have more than 20 years of experience in hydrogen fuel cell vehicle technology. There is hardly another propulsion system in the world that offers the combination of zero emissions, long driving range and only three minutes refuelling time.”

Opel says that the new fuel cell electric vehicle (FCEV) is based on the existing battery electric Opel Vivaro-e. The Vivaro-e Hydrogen integrates the whole fuel cell system with the existing traction motor under the bonnet of the production vehicle. The battery of the Vivaro-e is replaced by three 700 bar hydrogen tanks. The carbon-fibre cylinders can be filled in just three minutes, giving a range of more than 400km.

It adds that thanks to the smart packaging, the battery electric version thus becomes a fuel cell electric LCV without any modifications to the body and with no impact on the 5.3 to 6.1m3 of cargo space, while the payload increases to 1,100 kg.

According to Opel, the Vivaro-e Hydrogen with its 45kW fuel cell is capable of generating enough power for continuous highway driving, while the 10.5kWh lithium-ion battery located under the front seats provides dynamic peak power when required at start-up and under acceleration. Since the battery covers power needs in such situations, the fuel cell can run at optimum operating conditions. The battery also enables regenerative braking, while the plug-in capability offers the opportunity to recharge the battery externally if necessary, at a charging station, providing 50 km of pure battery electric range.

The Vivaro-e Hydrogen will be produced by Opel Special Vehicles (OSV) in Germany. The global “Competence Centre for Hydrogen and Fuel Cells” of the parent company Stellantis (the new merged PSA and Fiat Chrysler company) is also located there in Rüsselsheim, near Frankfurt.

The Vivaro-e Hydrogen complements the Vivaro-e and the Combo-e as the newest member of Opel’s all-electric LCV family. The next new model, the new Movano-e, will also arrive in 2021, meaning that the brand’s entire light commercial vehicle portfolio will be electric by the end of this year. Opel will offer an electrified version of every passenger car and LCV model by 2024.