Since being established 40 years ago in 1981, GS Yuasa Battery Manufacturing UK Ltd has produced over 85 million batteries at its Ebbw Vale production facility, employing over 360 skilled workers from around the local area to do so.

Initially established as Yuasa Battery UK Ltd, the company name changed to GS Yuasa Battery Manufacturing UK Ltd in 2017 as part of the global roll out of the parent company name from Japan. The factory is located near the Brecon Beacons, and 30 miles from Cardiff. Since being established in 1981, it has become a mainstay of the Rassau Industrial Estate on which it is based. 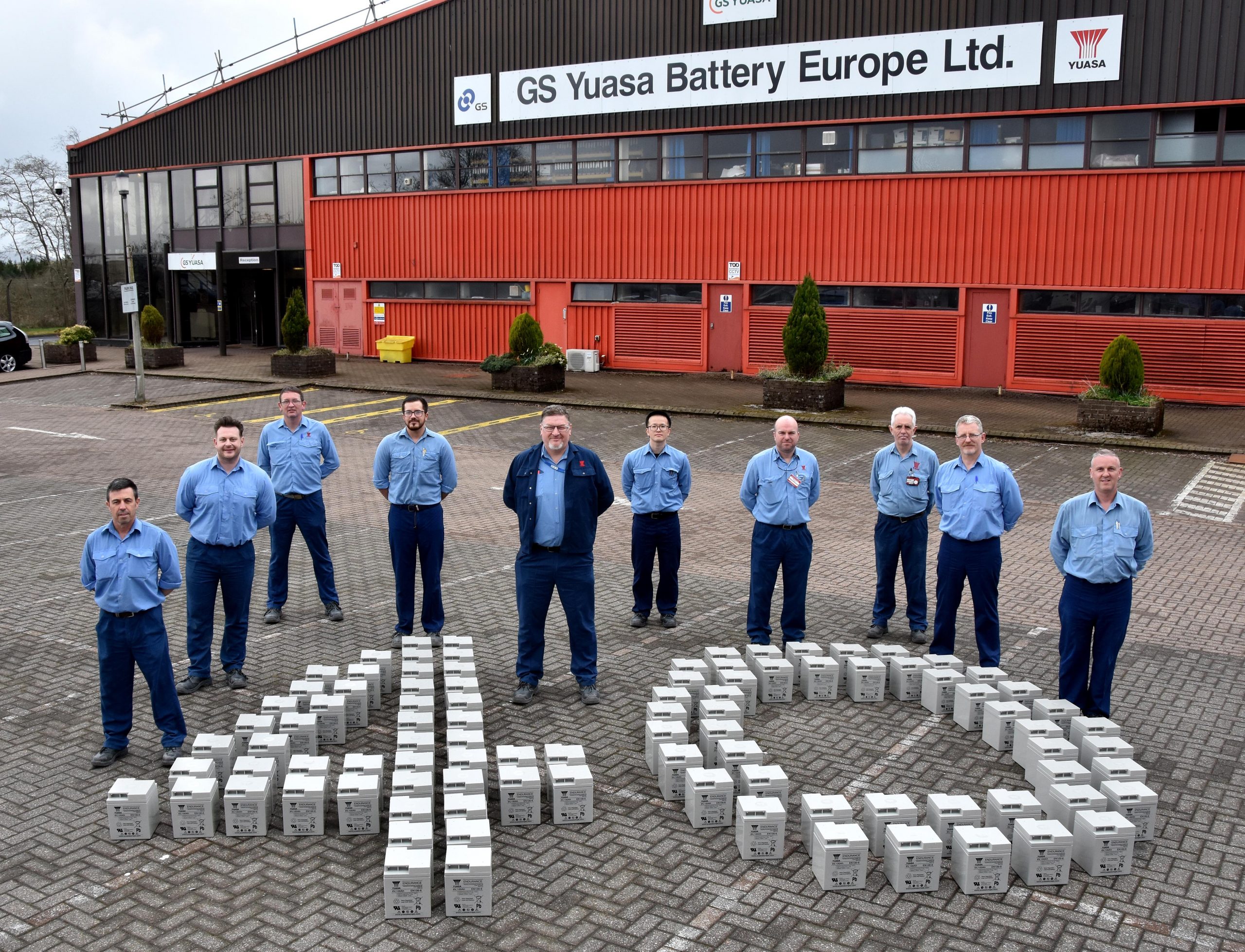 The South Wales facility has been responsible for manufacturing some of the battery manufacturer’s most popular products including the SWL series, a high-rate long life product with up to 40 per cent more discharge capacity than conventional standby power VRLA batteries. The EN and ENL series, which when launched, rapidly became the industry’s choice for high quality, long life performance in telecommunications, UPS and emergency lighting applications, are also produced on site.

As demand for Yuasa’s broad range of products continued to increase, so did the facility responsible for manufacturing them. Initially a single factory occupying just 4,700m², the site has grown to over 27,000m² as additional factories were built in 1987, 1988 and 1994. The latter opened by HRH The Prince of Wales at an exclusive ceremony in July 1994. Since then, the South Wales factory has celebrated a number of milestones, including receiving two Queen’s Awards for Export Achievement.

Over 60 per cent of sales are exported, mainly within Europe. In such a competitive environment, Yuasa has always remained at the forefront of technology whilst maintaining the highest possible standards and unrivalled reliability. In acknowledgement of the factory’s success – numerous accreditations including ISO9001, ISO14001 and ISO45001 have been received, providing customers and stakeholders great confidence in the Ebbw Vale operation.

Andrew Taylor, managing director and CEO of GS Yuasa Battery Europe said: “I am delighted to join my colleagues at GYMUK to celebrate the excellent achievements of sustainability and success of the last 40 years. Testament to the operation has been its ability to adapt and diversify to help meet the needs of our customers and the ever-changing markets.

“Thanks must go to all our colleagues in Ebbw Vale for helping to reach this significant landmark throughout highly competitive, and sometimes very challenging times, during which, many of them have been with the company for over 30 years and therefore, it is a great privilege to share in this 40th anniversary milestone and I wish them many more years of continued success.”

Shaun Gardner, MD at GS Yuasa Battery Manufacturing UK added: “My colleagues and I are very proud to be a part of the GYMUK story here in Ebbw Vale. The remarkable success we have witnessed is very much a tribute to the invaluable contribution of our exceptional workforce, whose dedication and hard work over the years has allowed the business to remain at the very forefront of the industry.”