Alexander Dennis (ADL) and BYD have delivered their 500th battery-electric bus. The Enviro400EV double-decker will operate out of Go-Ahead London’s Waterloo depot and will cover TfL’s route between Walthamstow and Canning Town. 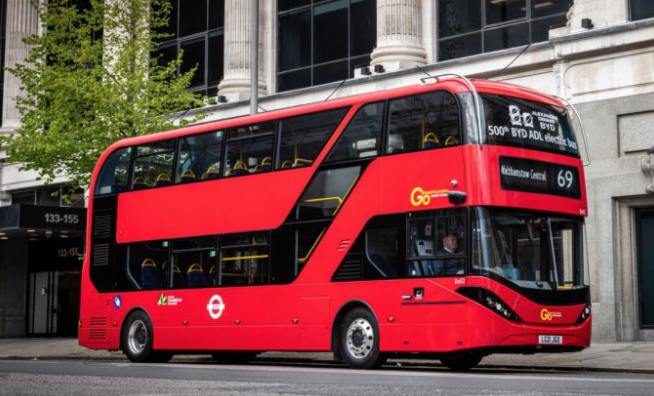 Go-Ahead operates one of the UK’s largest electric bus fleets, which includes almost half the buses manufactured by the ADL BYD partnership so far. The companies state that they have already taken firm orders for the next 500 electric buses, with deliveries anticipated by year-end.

Frank Thorpe, BYD managing director, said: “It’s a significant milestone. It demonstrates clearly the commitment of the nation’s capital to decarbonisation, with eMobility playing an increasingly fundamental role in delivering a cleaner transport system for millions of people.”