For the second year in a row, competitors from all over the world began their motorsport season in Saudi Arabia with the legendary endurance race, the Dakar Rally.

Having started on January 3 in Jeddah and making a daunting journey of 8,000 kilometers along the Arabian Peninsula, drivers finished the Dakar 2021 on the Red Sea coast. The varied terrain challenged the participants with stony soil, high sand dunes, deep canyons and mountains as they passed dry riverbeds at high speed. 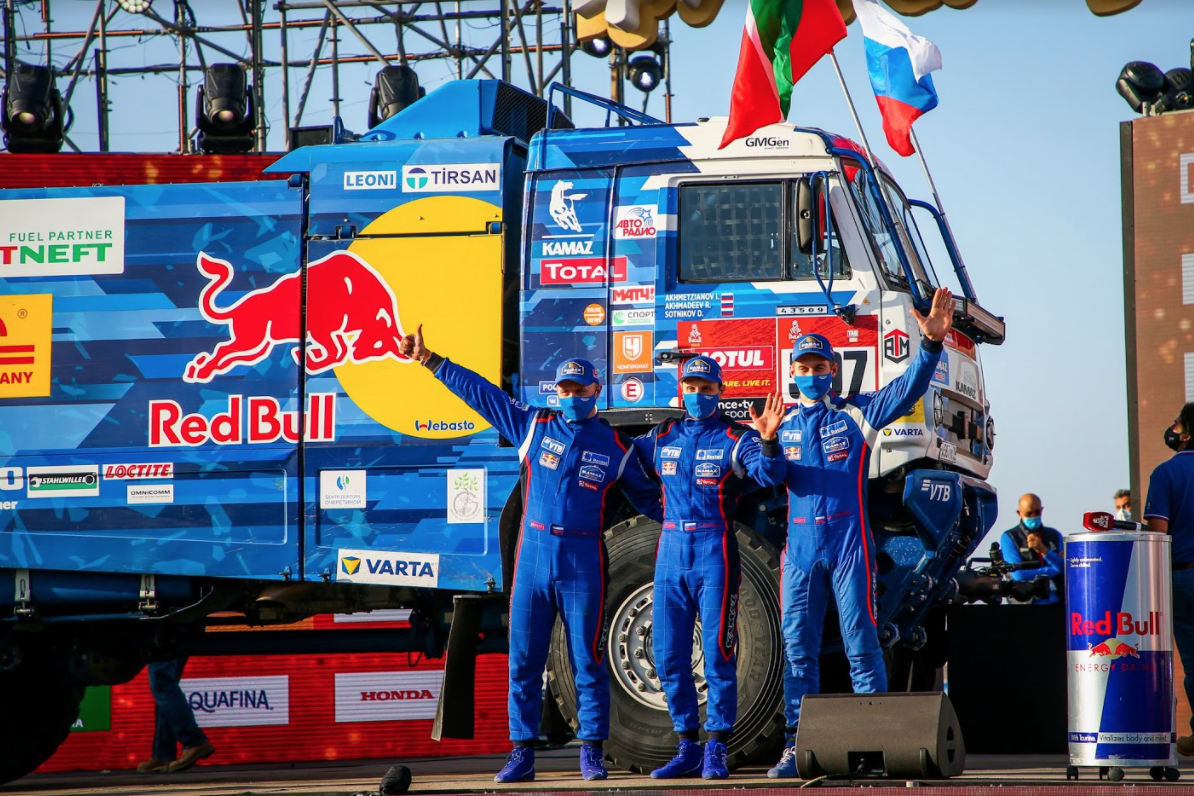 Enduring the brooding, hot sand of desolate deserts, the Kamaz-master team drivers won the top three positions at the Dakar Rally. The winner of the Dakar in the truck category for the first time in his career was Dmitry Sotnikov. Second place was taken by Anton Shibalov, and Airat Mardeev came in third. The last time the team took the first three positions at the Dakar was in 2015. For the Kamaz-master team, this was the 18th championship title in their history.

The contest is considered to be the toughest rally competition in the world and challenges the trucks and their drivers with a number of difficulties along the route. Therefore, the Kamaz-master team chose for their trucks a reliable power source, Varta AGM batteries.

These batteries are developed to consistently handle demanding loads and varied driving patterns and applications. Built with the most advanced battery technologies, Varta AGM batteries deliver the required high performance while withstanding severe heat, corrosion and vibration. The batteries ensure safety and reliability in all conditions – even the incredibly harsh ones found during the Dakar Rally!