Kumho’s first new European product of 2021 is an all-season tyre for vans and light commercial vehicles.

It says it has been created by combining the strengths of its much-praised all-season Solus 4S HA32 passenger car pattern and its existing winter specification van tyre, the Winter PorTran CW11.

The result is the PorTran 4S CX11 that ensures safe, secure driving and excellent braking performance throughout the year, according to Kumho. 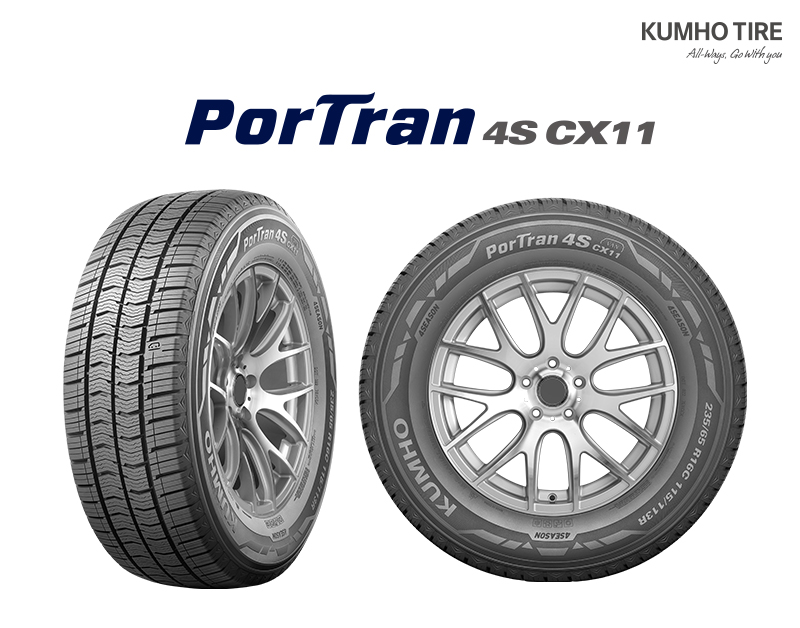 New cutting-edge compounds and an advanced tread design that optimises the tyre’s contact pressure with the road will lead to reductions in fuel consumption. The tread has also been developed for maximum traction on snowy roads – a capability that’s been recognised by the CX11 being granted 3PMSF (Three Peak Mountain Snow Flake) European certification. The versatility of the tyre is further emphasised by Kumho’s own all-season icon on the sidewall.

Initially the PorTran 4S CX11 will be produced in 15 sizes ranging from 15 to 17 inches, which between them will accommodate the most popular vans and LCVs operating on Ireland’s roads, including the Ford Transit, Mercedes-Benz Sprinter, Renault Kangoo and Volkswagen Transporter.

The new tyre will be available from the second half of this year, and its arrival will complete Kumho’s portfolio of all season-tyres that now encompasses passenger cars, SUVs, vans, LCVs, trucks and buses.

Kim Sang Yub, head of the sales & marketing division with Kumho Tire, said: “The popularity of the Solus 4S HA32 launched last year has enabled us to release this new product for LCVs. We are striving to build on our technological excellence to be recognised as a smart mobility partner not only in Europe but throughout the world.”