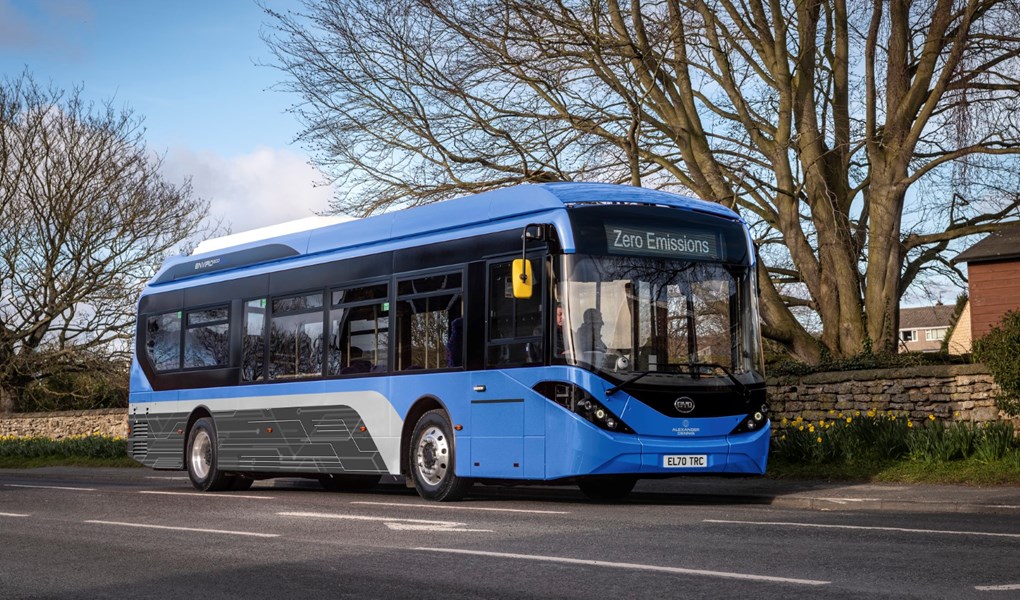 The buses, which are part-funded by the Scottish Government, will be deployed in Glasgow in time for the COP26 United Nations’ Climate Change conference, ahead of further electrification of the First Bus fleet in the city.

This comes just seven months after First Bus announced its commitment to purchase no diesel buses after 2022 and to operate a fully zero-emission fleet by 2035.

The Scottish Government has supported First’s purchase of these 22 BYD ADL Enviro200EV through the first round of the Scottish Ultra-Low Emission Bus Scheme.

The new electric vehicles, which will be 11.6m long and seat up to 40 passengers each, will be based at the state-of-the-art First Bus Caledonia depot in Glasgow.

Charging facilities have already been installed there as part of an earlier project, which also saw a pair of similar BYD ADL Enviro200EV introduced at the start of 2020, giving the company valuable experience in the operation of electric buses.