It comes as the company launches a new generation of open platform systems which can connect to vehicle telematics and CAN bus directly, and which will be offered alongside its standalone products.

The launch forms part of the biggest series of upgrades by Wheely-Safe to-date, enhancing its offer to fleets, telematics providers and original equipment manufacturers (OEMs). It includes the introduction of the world’s first auto-calibrating internal TPMS sensor, eliminating the need for external valve sensors if fleets prefer, and suitable for all vehicle types from cars to commercial vehicles and plant. 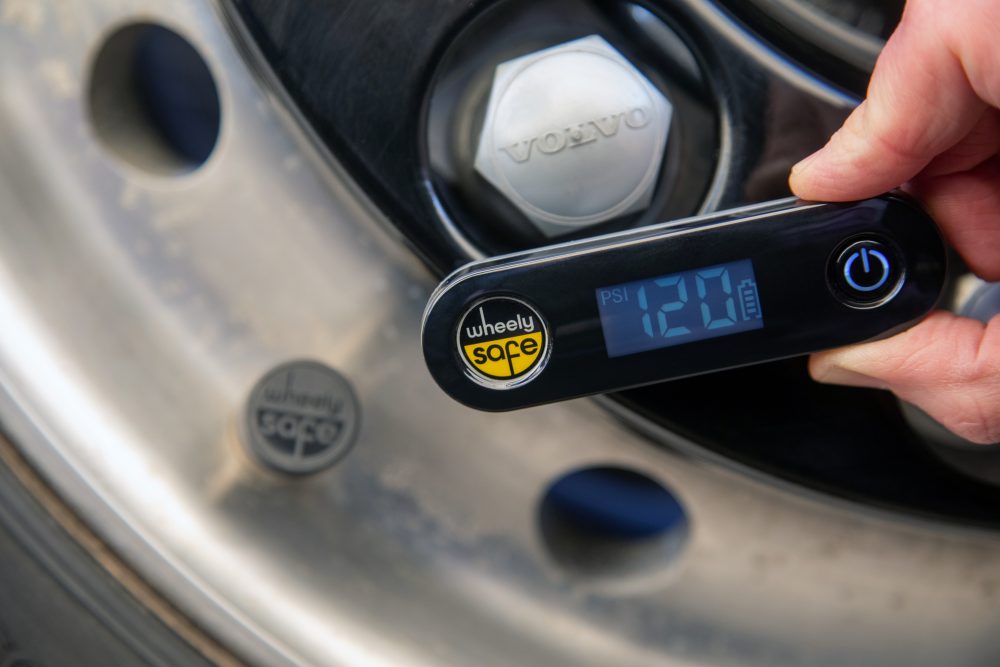 Steve Jackson, managing director of Wheely-Safe, says: “Fleets increasingly want everything running through their telematics and that brings huge advantages for the Wheely-Safe product. It means we can provide access to real-time pressure and temperature data remotely, which can help to prevent breakdowns and takes the guesswork out of organising tyre maintenance.

“Making our systems available from tyre dealers is the natural next-step, as they are often closely involved in managing a fleet’s tyres. Plus, our sensors can be fitted to any brand of tyre, so it is the perfect universal TPMS and wheel loss solution.”

Wheely-Safe says its new generation of connected systems can be configured to ensure drivers receive immediate alerts in the event of an emergency, such as a loosening wheel nut, sticking brakes, hub failure or rapid deflation being detected. But now the use of telematics means these alerts can also be relayed directly to the transport office, enabling them to contact the driver and ensure immediate action has been taken.

Similarly, notification of non-critical events, such as when a tyre has dropped just below optimum inflation pressure, can be sent directly to the transport or workshop team, enabling rectification work to be organised when the vehicle returns to base and without interrupting the driver or their schedule.

Wheely-Safe is also launching an auto-calibrating internal TPMS sensor which can adhere to the rim of any size wheel. Protected by a global patent, this unique sensor can distinguish between intentional pressure adjustments, and genuine underinflation or leakage, and offers an extended battery life of 5-10 years, depending on vehicle utilisation.

It is manufactured from a flexible engineering-grade material and, being incredibly thin and light – weighing just 21g – offers the maximum versatility for all vehicle types.

The new range includes a choice of wired and solar-powered receivers, ensuring a solution to fit the widest range of vehicles. Whilst auto-pairing technology sits at the heart of its sensors, Wheely-Safe is also offering a manual pairing in-cab receiver for small items of plant such as forklifts and skid-steers which operate in close proximity to one another – avoiding the risk of alerts from one sensor being picked up by another vehicle.

Wheely-Safe has also expanded its range with a new keyring-sized WalkAround Checker. Designed for use as part of a driver’s daily inspections, it can be held against any Wheely-Safe TPMS or wheel loss sensor and a series of red, amber and green lights report the latest sensor status – with red highlighting an issue which requires immediate attention.

Connected devices record a log of the completed walkaround inspections, whilst standalone in-cab receivers feature a dedicated symbol which illuminates to confirm if an inspection has been completed in the previous 24-hours – enabling managers to confirm inspections are being carried out daily.

An updated pressure and brake temperature checker is also available for workshop staff, giving them both immediate tyre pressure readings and the highest brake/hub temperature recorded in the last 24 hours, when held next to a sensor.

Wheely-Safe is also launching new wired and five-year battery-powered boosters for use on longer vehicles, amplifying the signals from sensors on the rearmost axles to ensure the unit in the cab clearly receives all transmissions.

Both connected and standalone systems are supplied with intelligent TPMS sensors to provide a base level of cover for all vehicle types. Wheel loss and brake temperature sensors can be added to increase protection on larger commercial vehicles, including buses, coaches, trucks and trailers.